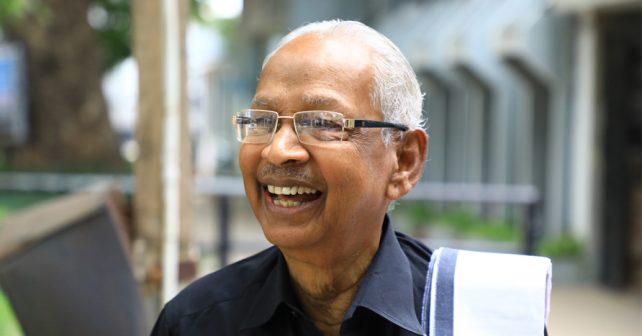 Explanation: Before this marriage, the bride was the wife of Soman god. Secondly, she was the wife of Gandharva god. Thirdly, Agni god was her husband. Fourthly she belongs to her newly-wed husband. This means that after the three brahmin gods have ‘enjoyed’ (ishde) the girl, she becomes the wife of the new groom. The priest while performing the marriage utters the above said ‘mantra’. What a shameful meaning is embedded in the Sanskrit mantra, chanted by the purohits, the meaning of which in native language is not known to the couple and many in the witnessing audience. The beginning of married life starts with an insult of the bride which is divinely camouflaged through Sanskrit mantras.

Periyar mobilized public opinion for the performance of Self-Respect Marriages and served as pressure group creating revolutionary changes, which the political rulers had to accord validity through legislative enactments or executive orders.

In respect of the hereditary rights of the properties of parents only the sons were having legal rights. In order to extend the same rights to daughters also, a resolution was passed in the Self-Respect conference held in 1929. Even after the resolution having been passed for the rights of women, Periyar and Self-Respect Movement had to insist through sustained struggles. With the result, an enactment of right to inherit the property of the parents by their daughters was brought by the Tamil Nadu State Government in 1989, when Kalaignar M. Karunanidhi, a staunch disciple of Periyar’s Self-Respect principles was in the office as the Chief Minister from the DMK party. Again in 2006, an All India enactment was brought by the United Progressive Alliance, Union Government (Federal Government), headed by the Indian National Congress with the support of the DMK. As a result, all the daughters of India got equal right on par with the sons of India, to inherit the properties of their parents. All these silent revolutions have been taking place devoid of any armed struggle or violence by the Periyar Movement, by instilling the principle of Self-Respect in the minds of the people.

Since the provisions in Manusmriti became the code of Hindu Law during the various dynasties who ruled the vast territory of India, the major sections of the toiling masses were denied education. As per the code, inhumane penalties were imposed on the downtrodden people who even accidentally heard the chanting of Vedic mantras (the only system of education, prevailing then), by pouring molten lead into their ears. No part of the world would come across such inhumane treatments meted out to human beings who contributed through their physical labour for the prosperity of the humanity. Such laboring masses were denied educational rights. As years passed by, many generations became illiterate. The only literate were the so called ‘supreme Brahmins’. They were monopolizing all the positions of power and authority. The downtrodden were directed to do only the same manual labor assigned to them generation after generation.

Periyar and the Self-Respect Movement questioned the grave injustice meted out and kindled their Self-Respect for the fundamental right of education and employment. By due representation, they demanded all that were denied before. Periyar, while in the Congress party insisted on communal representation for all the people based on their population and 50 per cent reservation (affirmative action) to begin with. Periyar had to leave the Congress Party since the admission of the resolution on communal representation was not even allowed. Periyar supported the Justice Party which was ruling the Madras Province under the Diarchy Rule in British India. In 1928, the third Communal G.O. came into force. (the earlier two G.O.s issued in 1921 and 1922 were not implemented due to the non-cooperation and resistance by the upper caste hegemony in the bureaucracy).

The criterion (lower social hierarchy) based on which education and employment were denied, was again considered as the criterion for the compensatory positive discrimination i.e. reservation. With the support given by the Self-Respect Movement and the sustained insistence to dispense social justice through reservations, the representation of the people who were unrepresented and under-represented was increased. It was made possible to continue the social justice process, whatever political party assumes the ruling power both in British India and Independent India. The upper caste hegemony was very much strong to weaken the reservation policy at every point of time, because of which, there existed sizeable gap in the adequate representation of the marginalized sections (the Scheduled Castes, the Scheduled Tribes and the Backward Classes) in the issued notification of the governments and the actual representation in the respective fields. Periyar and his social justice movement fought consistently for the speedy dispensation of social justice to ‘adequate’ level (the literary meaning of the word is ‘till it reaches equal’).

When the Indian Constitution came into force in January 1950, the historically privileged sections challenged the implemented reservation policy (Communal G.O.) as if it was against the provision of equality, adumbrated in the Constitution. Equal treatments could be possible only among the equals. If equality is adhered to exclude the unequals, it would widen the inequality further in the society. This is the rationale of compensatory discrimination (positive discrimination) viz. reservation measures. However, the High Court decided in favour of the petitioner making the Communal G.O. null and void. On the appeal by the Provincial Government, the Supreme Court of India also confirmed the verdict of the Madras High Court. Periyar’s public life is oriented on social justice fortified by the principle of Self-Respect. Periyar organized the people of the then Madras Province and the like-minded organizations / political parties and conducted massive Statewide agitations against the discontinuance of Communal G.O. The Central Government had to yield to the reasonable demand of the agitators and brought Article 15(4) through the First Amendment of Indian Constitution 1951. With this, the social justice dispensation modes which were intense in the Madras Province was made applicable for the whole of the country. The then Prime Minister of India, Jawaharlal Nehru admitted the reason for the insertion of new provision in the Indian Constitution was due to the massive agitation in the Madras Province, presently Tamil Nadu. From then onwards, Tamil Nadu continues to be pioneering Model State for the dispensation of Social Justice. Slowly the reservation for each category of marginalized sections was consistently increasing in the successive governments headed by the Congress Party and the Dravidian political parties with the totaling of 69 per cent put together.

In 1992, the Supreme Court of India in the Indira Sawhney Vs Union of India case, held valid the reservation for the Backward Classes in Central Services but restricted the total reservation not to exceed 50 per cent. But in Tamil Nadu state, the total reservation as per the policy was 69 per cent which had been prevailing since 1980. In order to protect the total of 69 per cent reservation in Tamil Nadu, Dravidar Kazhagam (DK) suggested to the then State Government to legislate an exclusive Act under Article 31C of the Indian Constitution for the total of 69 per cent reservation and by getting due assent from the President of India. Besides, that Act was included in the IX Schedule of the Constitution that is immune to judicial scrutiny. This was made through the 76th Amendment of Indian Constitution in 1994. The suggestion given by the Dravidar Kazhagam is acclaimed as ‘Tamil Nadu Model’ and is being quoted by the other States which intend the total reservation to exceed 50 per cent.

In 2006, as per the 93rd Amendment, reservation for the Backward Classes were ensured for admission in Central educational institutions like IITs, IIMs, AIIMS. While bringing the amendment, it was said at the floor of the Parliament that Article 15(4) was the basis for the proposed amendment. Article 15(4) was inserted through the First Amendment of Indian Constitution for which Dravidar Kazhagam, founded by Periyar was very much instrumental.

Dravidar Kazhagam is responsible for THREE Amendments in the Constitution of India, that brought vital turning points in the history of dispensation of social justice. Constitutional Amendments would be carried out by casting of votes by the elected representatives in the central legislature viz. Indian Parliament. Dravidar Kazhagam is a social movement but non-political; it will not contest any election to assume power and authority to rule. Without having any elected representative directly from the Dravidar Kazhagam, the Periyar Movement was able to bring THREE important Constitutional amendments. That is the power, people-backed power, the capability to mobilize people, to focus the attention of the rulers on the issues, that have far fetching effect on the people’s destiny. These are the special features of Dravidar Kazhagam that stands unique among the social revolutionary and the humanist fraternity.