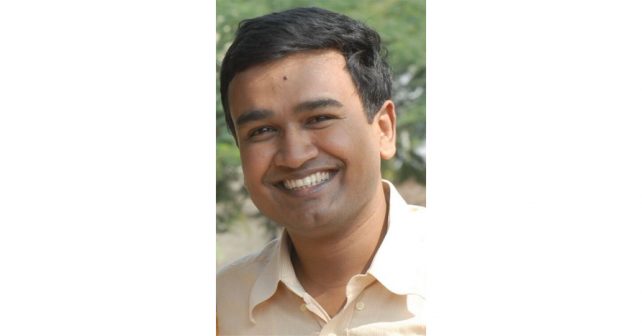 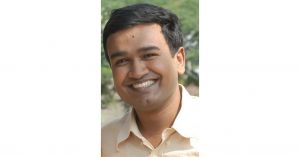 As I walked into my friend’s house, he told me that he would show me his sanctum, sanatorium, a room of gods. I saw a crowded market place of gods, with, so-called divine images pinned to the walls, as well as wooden, mud and golden idols of many gods. Amongst this traffic of gods, there were some photos which were modern. The pictures as well as the gods were modern. Some dressed in saffron-attire and others in white robes. Their photos were decorated with flowers as well. These modern gods are none other than self proclaimed godmen, godwomen an d spiritualists, a million or so in India and globally who find place amongst the prayer rooms of millions of Indians. They claim to have the secret to cure the world from all the ills, through ‘holy ash’, tricks of yoga, meditation, hugs, prayers, to name a few.
For centuries, India has been the salvation destination for “spiritual seekers” worldwide. This is exploited by self-proclaimed spiritualists, godmen and godwomen and other charlatans. As India’s economy has accelerated, the market for redemption has grown into a multibillion-rupee industry. Several television channels in India beam religious programmes. Hundreds of spas and yoga resorts offering meditation and alternate healing therapies, dot the country.
The Hindu religion has over a million gods and equal number of self-proclaimed godmen, godwomen, spritualists and charlatans in the market. These godmen and godwomen appoint themselves and proclaim to be the representatives of god, claiming to posses so-called divine powers and miracles to cure the evils and problems of the individuals and the society. They claim to have powers to heal everything, right from polio, HIV AIDS, Cancer, stress and any disease in the world that is present and yet to come. As new diseases surface, they update by claiming that they have solutions for all of them. They expect to be prayed to receive healing and success in lives. This is the new-age revival of modern spiritualism in India.
Religions, on the other hand are loosing ground as many people see greater value in their effort and in becoming rational human beings. The educational opportunities, exposure through media and traveling opportunities are making many people to think and act. This is seen as the greatest threat by the religious institution.
With the increase in the pace of development in India, it is creating higher levels of stress among the urban class, who are caught between the search for newer opportunities, making quick money and at the same time struggling to maintain work and life balance. Better planning and being prepared to be eligible to the current job market would have been an ideal option for them. Instead, many search for quick progress in their lives.
This desperate attitude is encashed by the so-called spiritualists, gurus and godmen and godwomen. Many educated as well as the illiterate believe that the godmen/godwomen are learned as they have renounced the “worldly” pleasures and are wise enough to give suggestions, to address the current problems, right from buying a house to matrimonial alliances, applying for a job, right time for investment, business deals, when to have a baby, to when to eat and when not to. This list can go on and on, as people tend to lay-down their problems to the godmen, who exploit their ignorance and inability. The gullible interestingly have blind faith. Education alone will not give empowerment. Building critical thinking, free inquiry and scientific temper is the key to the progress of any society. Civilizations have progressed when a climate is created for innovation, invention and discovery. The dark ages in Europe give a classic example of how witchcraft, sorcery and blind faith hampered the progress. The modern spiritualism is in no way beneficial to the progress of the society, especially in India, when there are millions of people who are hungry and do not have access and equal opportunities.
Interestingly, all the “divine advices” given by the godmen who say have renounced the world, are about the “worldly” problems and it comes with a price tag as well as the need to listen and to worship him or her. How come a self-proclaimed spiritual, divine and a godmen, who renounced the wealth of the world and claims to be reincarnation of earlier gurus, tends to amass materialistic wealth and power? How does a godmen or a godwoman who claims to be a sanyasi, knows about sex life and marriage issues? There can be hundreds of similar questions on them which will challenge their very existence.

The godmen industry has always targeted the wealthy Indians, IT professionals, foreigners, to name a few. They have always enjoyed the clout of the politicians and the business communities. Fear is the root of religion and superstitions help to sustain that fear. The target of the godmen is to ensure that the superstitions and ignorance of the people continue. The selectively ignorant followers who otherwise are highly educated and successful doctors, lawyers, scientists, professors, businessmen, politicians, movie stars, etc., become the defenders of godmen. Any opposition or investigation against the godmen is challenged by the blind followers. The photos of the godmen start finding a place in the prayer rooms of a house, next to the traditional gods. However these self-proclaimed gods tend to get their photos tailored to blend into the way the traditional gods look like. This is the god market and advertising plays an important part.
“Somehow, godmen occupy an exalted place in the minds of the Indian public, though many of them have been exposed as charlatans. Perhaps no other major society in the world has such a variety of outlandish – and thriving – swamis, gurus, yogis, babas, acharyas, bhagwans , astrologers, palmists, numerologists, faith healers as India does. Frauds or not, while India moves ahead technologically and economically at a rapid pace, the Indian public somehow also remains transfixed by the sight of a bearded and saffron-robed man who belongs to the Middle Ages. The rest of the world can only look on at this paradox in wonder – and smile. For the Indian government, however, it is no laughing matter”, says Rahul Singh, Former Editor of the Reader’s Digest and The Indian Express.

Godmen who were once roaming on the streets singing the glory of their own gods are now living a luxurious life and have the potential to hide everything under the guise of spiritual powers. Some of the activities that are evident are the flesh trade and rapes happening in the ashrams. These new-age gods live a secret life, which involves dark world of free sex and an unimaginable amount of unaccounted money, often stashed in ashrams/spiritual centers or unknown destinations.
All sorts of illegal activities take place in the guise of an ashram environment. Godmen take tremendous liberties with their disciples, right from sexual favours, money, gifts and many more. The women disciples who are molested or raped are said that such sexual acts need to be considered as a gifts from god and they are ‘lucky’ to be the chosen ones. The case of Nithyananda Swami who later was known as ‘sex guru’, was caught in a sex scandal involving an actress. There are umpteen such cases of godmen exploiting women. Some women are silenced, where as others brave to file a police complaint. There are many cases in India wherein godmen were arrested for molesting and raping.