‘God is watching you!’ 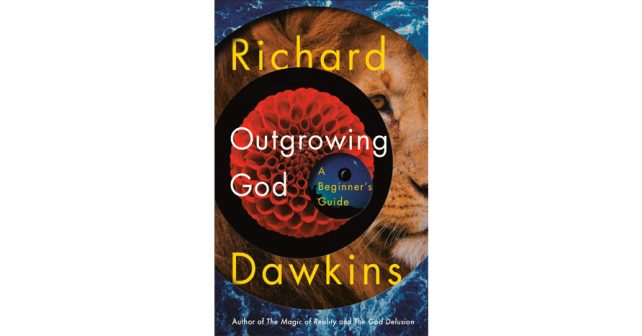 Richard Dawkins was raised Christian, attended Christian schools, and was confirmed in the Chords of England when he was thirteen years old. Yet, by the age of fifteen he had renounced Christianity, having apparently reasoned himself out of it. By his own account, his skepticism set in at the age nine, when he realized that he would have held markedly different religious views had he not been born to his Anglican parents but to Muslim or Jewish parents instead. Or, had he been born in another time and place, he might have been devoted to the Viking gods Odin and Thor or the Greek deities Zeus and Aphrodite. And these religious system can’t be reconciled — as Dawkins has long been food of pointing out, even staunch believers disbelieve in more gods than they believe in.

How could the claimed absolute and eternal truths of religion be of completely dependent on such contingence, of time and place? It’s question Dawkins still asks himself, and he remains indignant that children should lure religious worldviews foisted upon them by parents, schools, or communities before their own critical faculties have been developed. Why, he asks, do we find it acceptable to talk in terms of a “Catholic child” or a ‘Muslim child” when it would never occur to us to refer to a “socialist child” or a “conservative child”?

Dawkins, an evolutionary biologist, a fellow of the Royal Society, and the inaugural holder of the Simonyi Chair for the Public Understanding of Science at Oxford University, is one of the so-called ‘Four Horsemen’ of the New Atheism, along with the philosopher Daniel Dennett, the author and neuroscientist Sam Harris, and the late journalist Christopher Hitchens. Drawing on Sigmund Freud’s The Future of an Illusion (1927), the New Atheists have held that, just as individuals usually acquire their particular religion in infancy, so religion as a whole belongs to the infancy of humankind. Its roots lie in our ancestors’ incomprehension of the natural world, and their wishful denial of human mortality. The task, as the New Atheist, see it, is to outgrow supernaturalism through science and rationalist philosophy and to accept our place in material world that we constantly strive to bring within our understanding.

Dawkins’s polemical campaign against religion famously began with The God Delusion (2006), though his earlier popular science writing, such as Unweaving the Rainbow (1998), had similarly defended scientific inquiry as an alternative to religion as a source of awe and wonder. In Out-growing God, Dawkins has written an theist primer for which the ideal readership is composed of young adults seeking intellectual support as they begin to challenge the religious precepts of their upbringing.

Starting with fundamentals, Dawkins accepts the logical positivist observation that we can’t know that God doesn’t exist, any more than we can know that he does. Logical positivism finds knowledge in empirical verification (there is a cat on the mat) or in linguistic tautology (all bachelors are unmarried men), but the existence or non-existence of a deity necessarily fails both of those tests. This understanding can lead some nonbelievers to call themselves agnostics rather than atheists—a position Dawkins finds timid. Invoking Bertrand Russell, he counters that the failure to disprove something doesn’t  constitute a reason to believe it, which is why we feel no need to concede the possible existence of Santa Claus, the Easter Bunny, or the Tooth Fairy, all of which are confidently recognized as products of the a human Imagination. 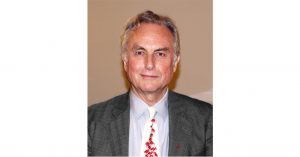 Dawkins is similarly dissatisfied with the pantheist and deist position. He interprets pantheism as an impulse to believe that there must be some transcendent hidden meaning in the universe. From perspective, God is immanent in everything and bears little, if any, resemblance to the Abrahamic God who stands outside of nature. It is this version of God that Albert Einstein insisted did not play dice with the universe — though Dawkins is keen to stress that Einstein rejected the concept of a personal God. It’s also, presumably, the God whose mind Stephen Hawking sought to know at the conclusion of A Brief History of Time (1988). A metaphorical God only, one that is the object of inquiry, not worship.

Deism, by contrast, posits an original intelligence that created the universe, put its physical laws in place, and then set it in motion, before withdrawing and then abstaining from any further intervention. As Dawkins points out, several of America’s Founding Fathers were deists, including Thomas Jefferson and James Madison, though he uncharacteristically misses the opportunity to comment on how discomforting that must be for many Christian evangelicals in the US conservative movement.

Deism is the intellectual progenitor of contemporary intelligent design— the belief that the complexity and intricacy of life and the universe cannot be the product of chance and must themselves be evidence of a pre-existent intelligent entity. Intelligent design was anticipated by the Reverend William Paley in Natural Theology (1802), in which he argued that, Just as a watch must have a watchmaker, so the universe must have creator. In 1986 Dawkins delivered a Darwinian riposte to Paley in The Blind Watchmaker, and those arguments are summarized with great clarity and accessibility in this new book. He offers as a case study the competition between the cheetah, as a refined killer of gazelles, and the gazelle, as a skilled evader of cheetahs. He then asks the reader what kind of God would design such a competition, in which either the prey dies a savage death or the predator and its dependent offspring starve. From this perspective, the idea that the natural world has a divine creator becomes a chilling thought rather than a comforting one.

Dawkins does, however. acknowledge that evolutionary theory might itself explain the persistence of religion, though that in no way implies that gods, as the objects of religion, are real. Natural selection has made human beings predisposed to pattern seeking. This is because the observation of patterns-for example, the connection between crop growth and rainfall —is evolutionarily advantageous. But pattern-seeking can lead us to discern patterns that aren’t really there—what statisticians call “false positives.” For Dawkins, religion is the ultimate false positive. arising from pre-scientific or nonscientific pattern observation, such as the connection between crop growth and prayer or animal sacrifice.

Dawkins is also convinced that there is an evolutionary basis for morality. As the author of The Selfish Gene (1976), Dawkins has long argued that the imperative of gene propagation makes us willing to make sacrifices for kin—the closer the kin, the greater the sacrifices. He also draws on the theory of reciprocal altruism, fiat devised by the biologist Robert Trivers, to explain our default disposition to set positively towards strangers in the expectation that they will behave similarly towards us.

But white religion and morality may both have their origins in natural selection, Dawkins will not accept that religion is itself an appropriate source of moral authority. He challenges the moral claims of religion on three grounds. First, he attacks the veracity of scriptural accounts: the lack of historical evidence for key Biblical events, such as the enslavement of the Jews in Egypt (as opposed to the Babylonian captivity, for which there is some archaeological support); the problematic fixing of the Christian canon to include some gospels and exclude others; and issues of translation in which the Hebrew word for “virgin” may also be taken to mean “maiden,” in the sense of a young girl. This is the least interesting aspect of his case because it really only applies to biblical literalists.

Second, Dawkins attacks the moral content of scripture. Virginia Woolf once said, “I read the Book of Job last night. I don’t think God comes out well in it.”

Dawkins writes in the same vein, though he doesn’t confine his condemnation to the countless cruelties of the Old Testament. He is especially scathing in his treatment of atonement as it is rendered in the New Testament. Pauline Christianity tells us that Christ died for our sins. But why, Dawkins asks, did God require Christ’s grisly torture and execution before he could bestow his forgiveness on humankind?

Lastly, Dawkins confronts the oft-repeated theist claim that only a belief in God can provide a basis for morality. He reluctantly accepts that people who believe themselves to be watched by an all-seeing God may be more likely to behave well, and he cites snow social scientific experimentation that indicates a positive relationship between surveillance and compliant behavior. But this doesn’t explain the moral conduct of non-believers, and the utilitarian benefit of a belief in divine monitoring is no kind of evidence for the actual existence of God. Furthermore, a “God is watching you” morality rests on the threat of “cruel and unusual” divine punishments of eternal agony—an immoral basis for morality.

For Dawkins, the undermining of religion and the promotion of science are two aspects of the same thing. In Out-growing God he has provided an accessible introduction to both atheism and evolutionary theory. Its target audience of skeptical young people will find it empowering, while seasoned nonbelievers might find it a useful and congenial refresher. Its occasional condescension and sarcasm towards religion—acknowledged by Dawkins, but emphatically not apologized for —will only deepen the chasm between believers and atheists, agnostics, humanists and the rest who don’t believe in gods. But, if Dawkins right that the chasm can’t be bridged anyway, and that science and religion are in a zero-sum competition, that’s unlikely to matter to him.