Science off the wall 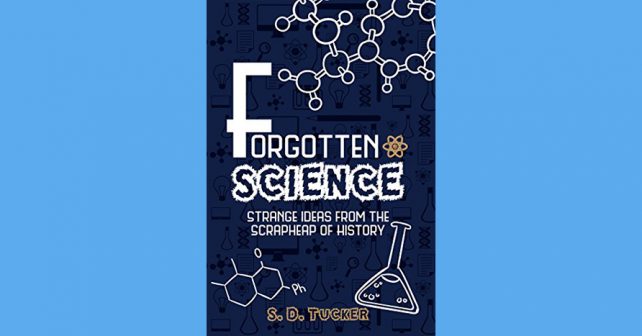 The philosopher Arthur Koestler said, “The progress of science is generally regarded as a kind of clean, rational advance along a straight ascending line; in fact, it has followed a zigzag course”. This book is all about the zigs and zags and peculiar dead-ends science has explored, along with expositions of the philosophy of science and pseudoscience thrown in.

It is a rambling, highly entertaining set of anecdotes about scientists and philosophers. It describes many of the weird things done in the name of science. Interleaved with the strange science, there are the potted biographies of the crazy individuals who performed them.

One of the points this book makes is that it is often difficult to distinguish a sound hypothesis from something completely off the wall. Another point is that highly intelligent people who have made important contributions to science may not qualify as entirely rationale, or sane.

A third point is the perversions that can result when politicians ignorant about science end up setting the policy agenda. This is terribly relevant as we watch the world’s leaders fumbling to handle the Covid Pandemic and Climate Change.

Quite apart from the Concentration Camp experiments, the Nazis crippled their own research into nuclear physics by an obsession with “Aryan Science” versus “Jewish Science” (aka theories by Jewish scientists such as Einstein) and some Germany’s best scientists fleeing.

The Soviets crippled genetics research and endured several famines due to the prominence of Trofim Lysenko. Lysenko was a friend of Stalin’s. He was terrible scientist, and a vindictive man, obsessed with Lamarkism – the belief that acquired characteristics could be inherited. He persecuted those who held contrary opinions with such viciousness that it became a byword in Soviet academician circles that “if you crossed Lysenko, he would cross (that is, forcibly interbreed) you with a cucumber”.

The book should really be read for the wealth of anecdotes and the deft, humorous way in which incidents and characters are presented. Some truly horrible experiments are described, involving the torture of dogs, chimps, other animals, and of course, human beings in concentration camps. Let’s elide over these and look at odder foibles instead.

Back in the 18th century, there were two scientists trying to cure intractable diseases by using cows. Dr Thomas Beddoes believed the gaseous emissions from cattle could have a curative effect on tuberculosis and experimented with placing cattle in the bedrooms of TB patients. His contemporary, Dr Edward Jenner believed that dairy-worker developed immunity to smallpox. So he took blood from dairy-workers and injected it into volunteers, who he subsequently injected with blood drawn from smallpox victims. Despite his incredibly risky experimental procedures, Jenner was right. The cowpox virus which afflicts cows and mildly affects human beings, is a close cousin of the smallpox virus and dairy-workers tend to be immunized via cowpox. I’ll leave to the reader to judge which experiment was crazier a priori.

Mr Tucker focusses on two men fascinated by the concept of perpetual motion. One was barking mad and is now better – remembered as the playwright August Stringberg. The other was even madder and late in life, confessed his only romantic relationship centered on a pigeon. That was Nicola Tesla, one of the greatest scientist – engineers in history.

There are cults starring Tesla, including one that sees him as the child of aliens from Venus, which brings us to the concept of scientists with strange religious beliefs, and its corollary, what happens when people with weird beliefs attempt to apply scientific method.

There was a time when science, mysticism and faith were “overlapping magisteria” to paraphrase Stephen Jay Gould. Newton devoted huge amounts of time to alchemical experiments, and to the application of the Calculus to figure out the dimensions of Biblical incidents. In a similar spirit, the chemist Robert Boyle calculated the chemical reactions involved in the resurrection of the dead on Judgment Day. At least 89 of the first 250 members of the Royal Society, were Freemasons. Priestley, who isolated oxygen, also weighed people on the cusp of death, and immediately post-demise, to see if the soul has physical mass.