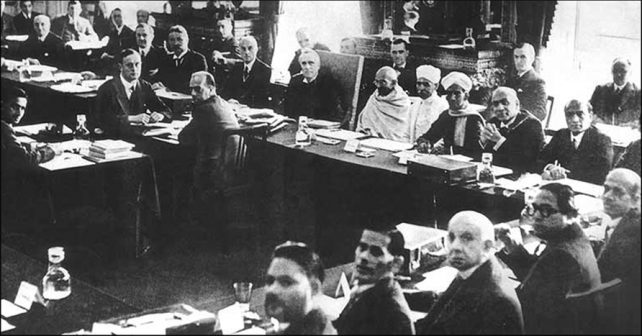 The following is the text of the speech delivered by Babasaheb Dr. B.R. Ambedkar in the 5th sitting of the plenary session of the Round Table Conference held on 20th November 1930 in London

…continuing from the previous issue

There is one point with which I should like to deal before I close this matter. We are often reminded that the problem of the Depressed Classes is a social problem and that its solution lies elsewhere than in politics. We take strong exception to this view. We hold that the problem of the Depressed Classes will never be solved unless they get political power in their own hands. If this is true, and I do not think that the contrary can be maintained, then problem of Depressed Classes is I submit eminently a political problem and must be treated as such. We know that political power is passing from the British into the hands of those who wield such tremendous economic, social and religious sway over our existence. We are willing that it may happen, though the idea of Swaraj recalls to the mind of many of us the tyrannies, oppressions and injustices practised upon us in the past and fear of their recurrence under Swaraj. We are prepared to take the inevitable risk of the situation in the hope that we shall be installed, in adequate proportion, as the political sovereigns of the country along with our fellow countrymen. But we will consent to that on one condition and that is that the settlement of our problems is not left to time. I am afraid the Depressed Classes have waited too long for time to work its miracle. At every successive step taken by the British Government to widen the scope of representative Government the Depressed Classes have been systematically left out. No thought has been given to their claim for political power. I protest with all the emphasis I can that we will not stand this any longer. The settlement of our problem must be a part of the general political settlement and must not be left over to the shifting sands of the sympathy and goodwill of the rulers of the future. The reasons why the Depressed Classes insist upon it are obvious. Every one of us knows that the man in possession is more powerful than the man who is out of possession. Everyone of us also knows that those in possession of power seldom abdicate in favour of those who are out of it. We cannot therefore hope for the effectuation of the settlement of our social problem. If we allow power to slip into the hands of those who stand to lose by settlement unless we are to have another revolution to dethrone those, whom we today help to ascend the throne of power and prestige. We prefer being despised for too anxious apprehensions, than ruined by too confident a security, and I think it would be just and proper for us to insist that the best guarantee for the settlement of our problem is the adjustment of the political machine itself so as to give us a hold on it, and not the will of those who are contriving to be left in unfettered control of that machine.

What adjustments of the political machine the Depressed Classes want for their safety and protection I will place before the Conference at the proper time. All I will say at the present moment is that, although we want responsible Government, we do not want a Government that will only mean a change of masters. Let the Legislature be fully and really representative if your Executive is going to be fully responsible.

I am sorry Mr. President. I had to speak in such plain words. But I saw no help. The Depressed Classes have had no friend. The Government has all along used them only as an excuse for its continued existence. The Hindus claim them only to deny them or, better still, to appropriate rights. The Muhammadans refuse to recognize their separate existence, because they fear that their privileges may be curtailed by the admission of a rival. Depressed by the Government, suppressed by the Hindu and disregarded by the Muslim, we are left in a most intolerable position of utter helplessness to which I am sure there is no parallel and to which I was bound to call attention.

Regarding the other question which is set down for discussion I am sorry it was decided to tag it on to a general debate. Its importance deserved a session for itself. No justice can be done to it in a passing reference. The subject is one in which the Depressed Classes are deeply concerned and they regard it as a very vital question. As members of a minority, we look to the Central Government to act as a powerful curb on the provincial majority to save the minorities from the misrule of the majority. As an Indian, interested in the growth of Indian nationalism, I must make it plain that I am a strong believer in the Unitary form of Government and the thought of disturbing it I must confess does not please me very much. This Unitary Government has been the most potent influence in the building up of the Indian nation. That process of unification which has been the result of a unified system of Government has not been completed and I should be loathed to withdraw this most powerful stimulus in the formative period and before it has worked out its end.

However. the question in the form in which it is placed is only an academic question and I shall be prepared to consider a federal form, if it can be shown that in it local autonomy is not inconsistent with Central unity.

Sir, all that I, as a representative of the depressed classes, need say on their behalf I have said. May I crave your indulgence to permit me as an Indian to say a word or two generally on the situation which we have to meet. So much has been said regarding its gravity that I shall not venture to add a word more to it, although I am no silent spectator of the movement. What I am anxious about is to feel whether we are proceeding on right lines in evolving our solution. What that solution should be, rests entirely upon the view that British delegates choose to take. Addressing myself to them I will say. whether you will meet the situation by conciliation or by applying the iron heel must be a matter for your judgment for the responsibility is entirely yours. To such of you as are particular to the use of force and believe that a regime of LETIERS DE CACHET and the Bastille will ease the situation, let me recall the memorable words of the greatest teacher of political philosophy, Edmund Burke. This is what he said to the British nation when it was faced with the problem of dealing with the American colonies :

“The use of force alone is but temporary. It may endure for a moment, but it does not remove the necessity of subduing again; a nation is not governed which is perpetually to be conquered. The next objection to force is its uncertainty. Terror is not always the effect of force, and an armament is not a victory. If you do not succeed, you are without resource; for conciliation failing, force remains, but force failing, no further hope of reconciliation is left. Power and authority are sometimes bought by kindness, but they can never be begged as elms by an impoverished and defeated violence. A further objection to force is, that you impair the object by your very endeavours to preserve it. The thing you fought for (to wit the loyalty of the people) is not the thing you recover but depreciated, sunk, wasted and consumed in the contest.”

The worth and efficacy of this advice you all knew. You did not listen to it and you lost the great continent of America. You followed it to the lasting good of yourself and the rest of the Dominions that are with you. To such of you as are willing to adopt a policy of conciliation I should like to say one thing. There seems to be prevalent an impression that the Delegates are called here to argue for and against a case for Dominion Status and that the grant of Dominion Status will be dependent upon which side is the victor in this battle of wits. With due deference to all who are sharpening their wits, I submit that there can be no greater mistake than to make the formula of logic govern so live an issue. I have no quarrel with logic and logicians. But I warn them against the disaster that is bound to follow it they are not careful in the selection of the premises they choose to adopt for their deductions. It is all a matter of temper whether you will abide by the fall of your logic, or whether you will refute it, as Dr. Johnson did the paradoxes of Berkeley by trampling them under his feet. I am afraid it is not sufficiently realised that in the present temper of the country, no constitution will be workable which is not acceptable to the majority of the people. The time when you were to choose and India was to accept is gone, never to return. Let the consent of the people and not the accident of logic be the touchstone of your new constitution, if you desire that it should be worked.