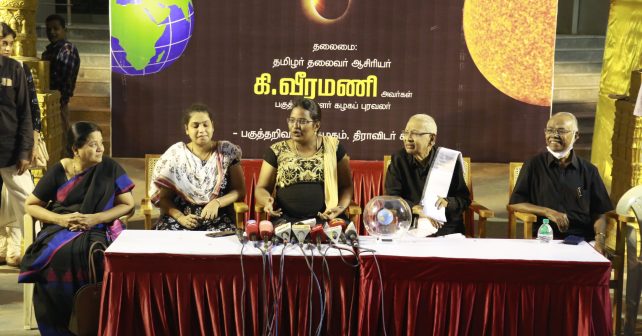 Mythically, there is a fable that the serpent Rahu swallows the sun by which the sunlight gets masked. Besides this, people are made to believe that mobility of humans during the solar eclipse is injurious owing to the emanating rays and that it could lead to health related problems. Pregnant women are strictly prohibited from going out of the house, as it would affect the child in the womb and cause complications.

All these beliefs have no scientific explanation. Learned men view with contempt, spreading such superstitious beliefs. Even the temples where the so called ‘omnipotent god’ dwells are shut during the eclipse.

The Dravidar Kazhagam (DK) and The Rationalists’ Forum founded by the social scientist Periyar have been jointly propagating every year on the days of solar eclipse that it is a blind belief to be scared of a natural occurrence. This superstition is debunked by demonstration. 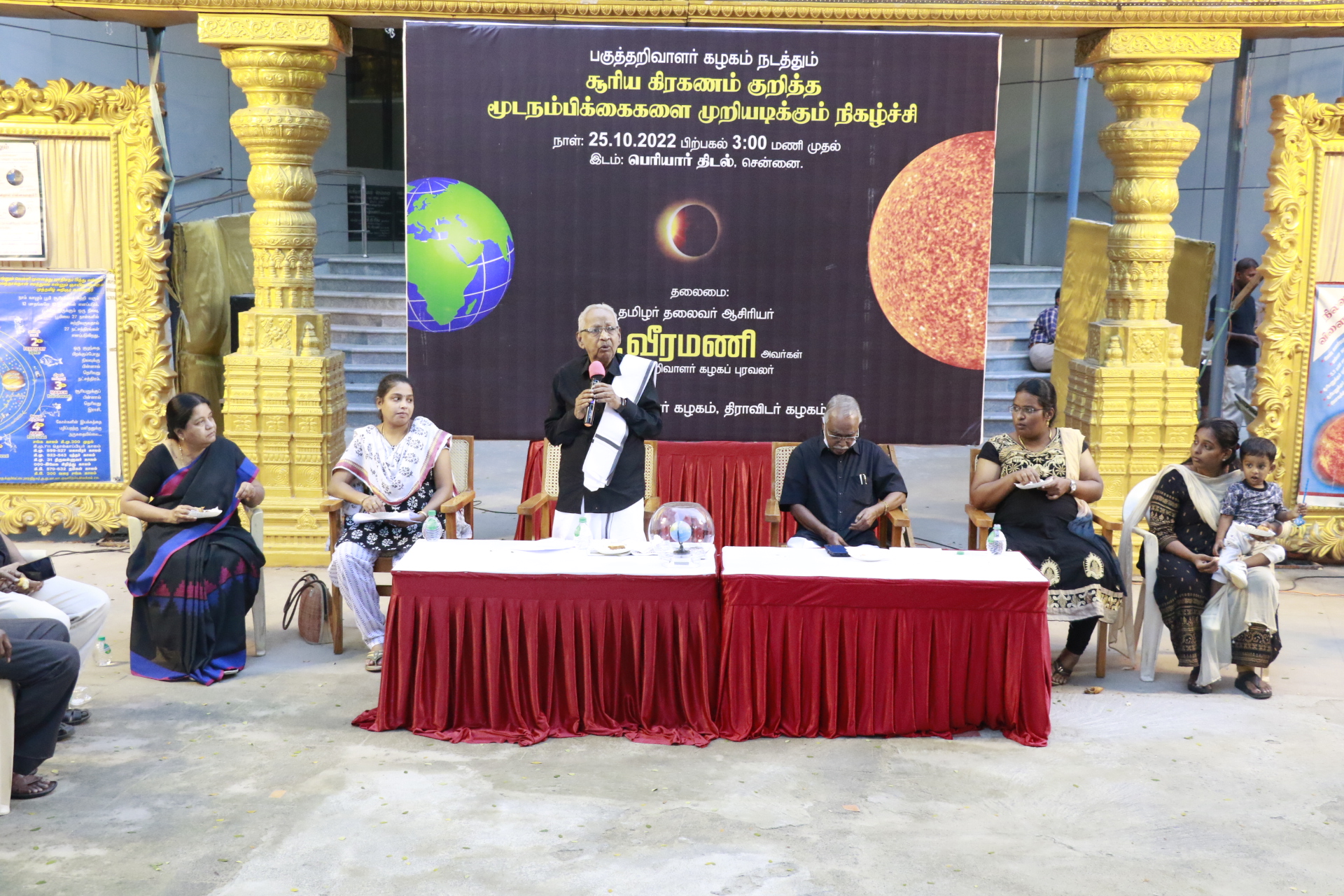 Asiriyar Dr. K.Veeramani speaks on development of scientific temper and eradication of superstition.

On 25th October 2022, an open-air feast was organised at Periyar Thidal in Chennai, the Headquarters of Dravidar Kazhagam, between 5.00 p.m. and
5.45 p.m., during the partial solar eclipse. Asiriyar Dr.K. Veeramani delivered a short speech explaining the myth and advising a scientific outlook. Hundreds of cadres attended the event and the public too assembled to witness.

A couple of pregnant women were among the participants – to prove that they were not scared of the blind belief. During the solar eclipse of 2019, a pregnant woman attended a similar event. She had delivered herself of a child quite safely. This woman too attended with her healthy child to disprove the myth.

People are usually threatened that they should avoid eating during the eclipse as it would lead to ailments and multiple biological complications. To disprove it and as a part of the demonstration, snacks and a cup of tea were served to all. They consumed them in the presence of Asiriyar Veeramani, who too had them and said with a smile, “Come tomorrow to look at me. I shall be as healthy as I am now!” 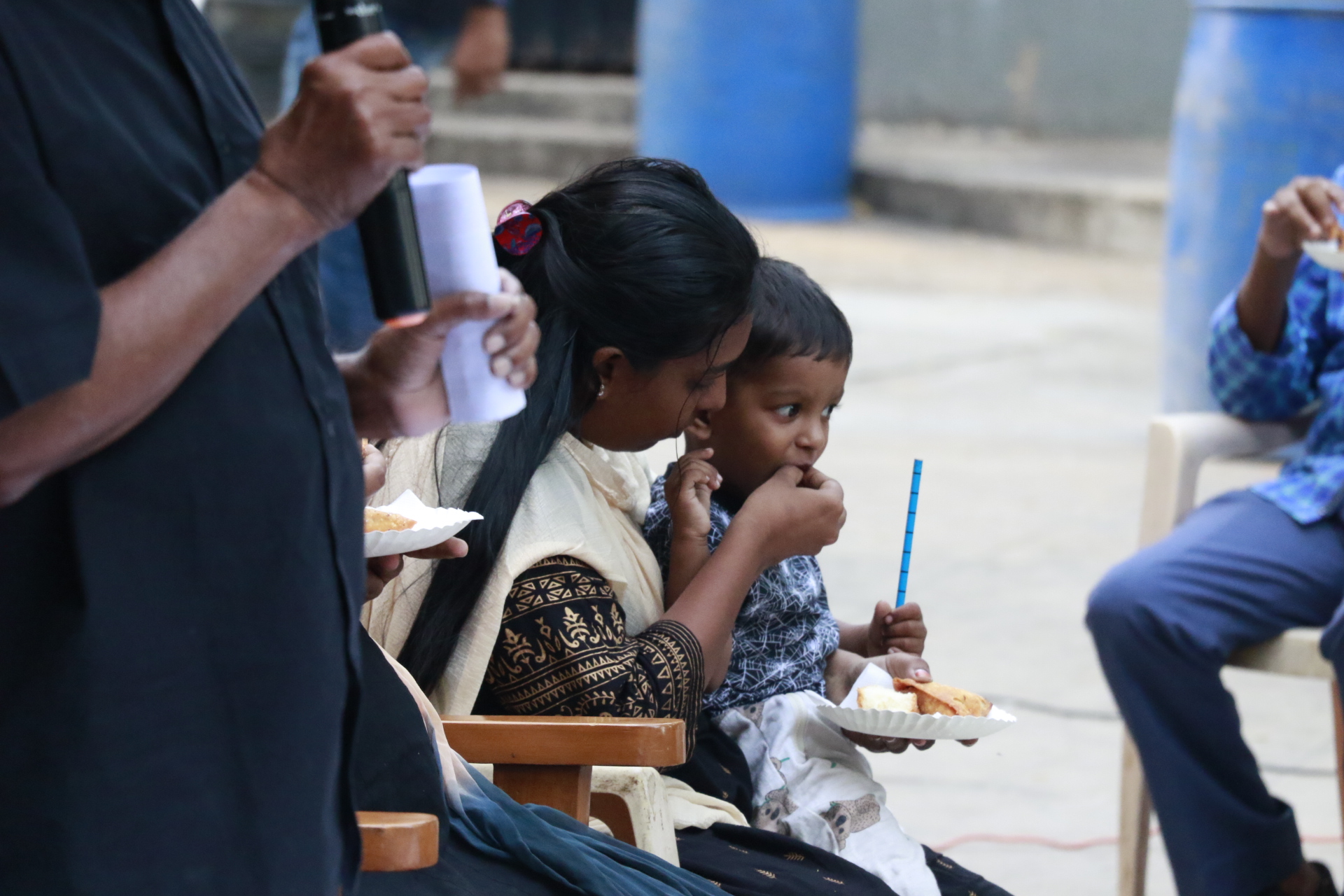 ▲A woman cadre who participated during  her pregnancy in an earlier solar eclipse, feeds her kid, born healthy.

Dr.K. Veeramani further said that next year this kind of demonstration should be held all over the country, as we have now set a precedent. Progressive people and organisations should organise such events to inculcate scientific spirit and the spirit of inquiry in the minds of the young generation amidst whom we live today. 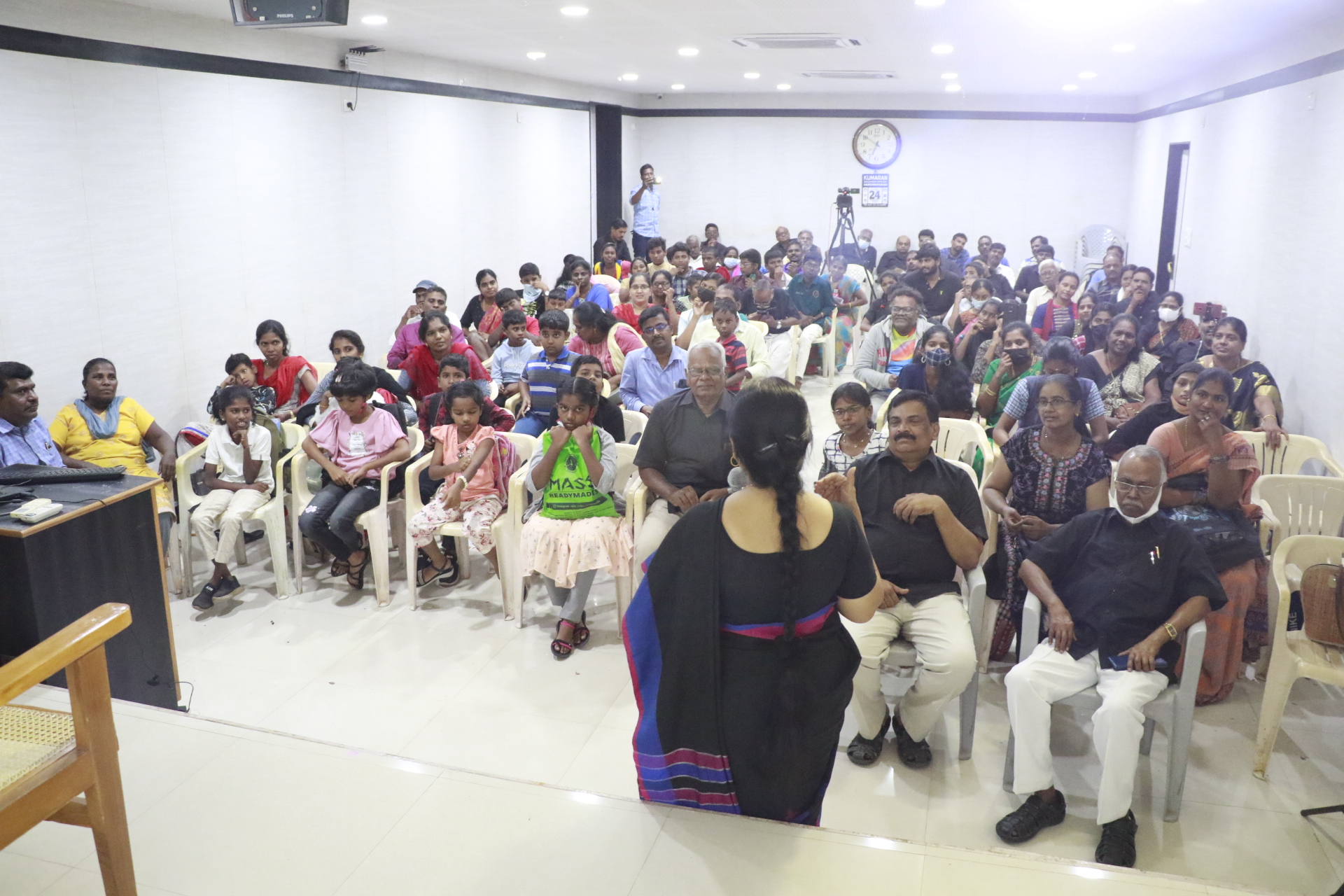 ▲Hectic propaganda to enlighten the cadres to eradicate superstitions. 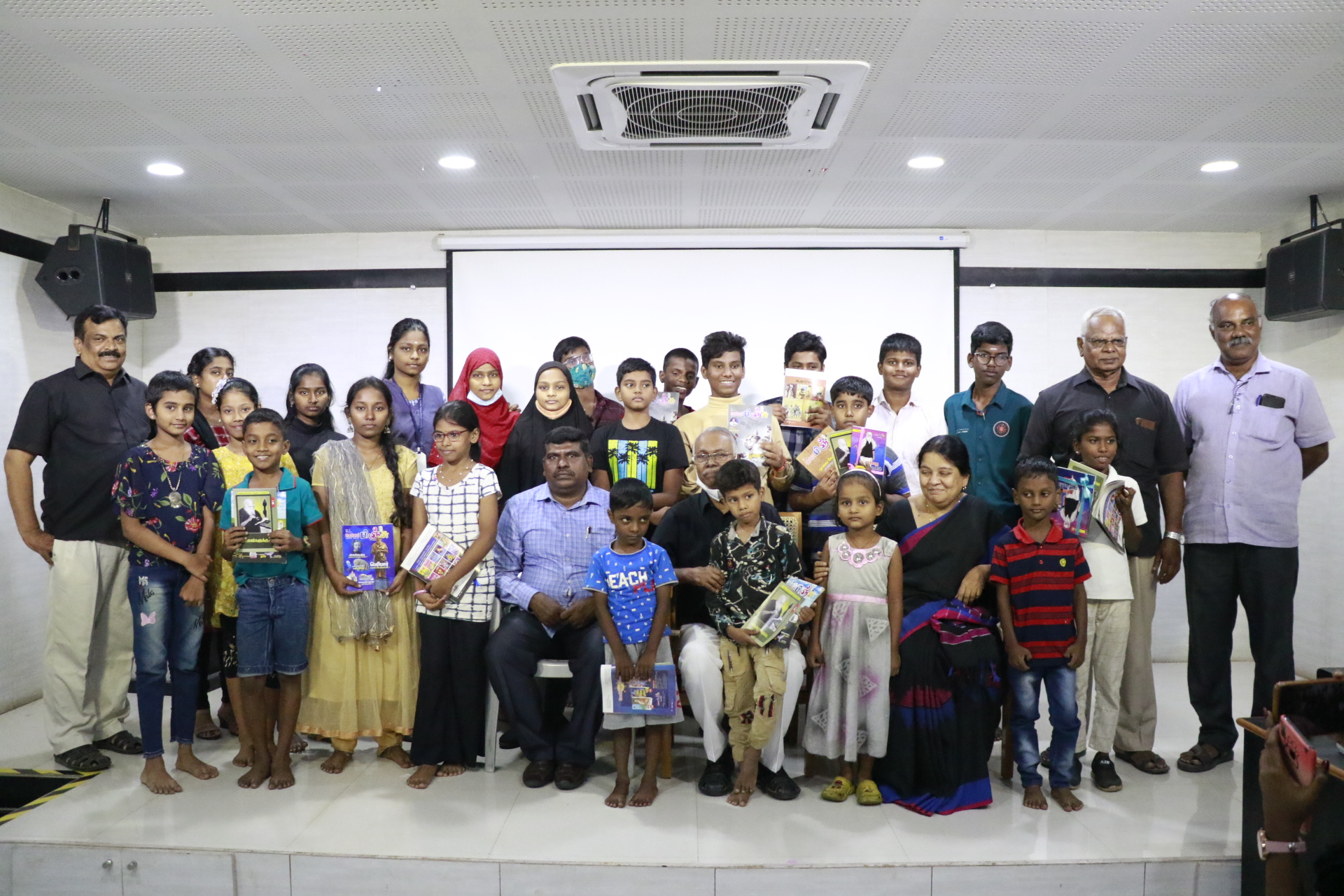 Children who participated in ‘Drawing Competition’ during the solar eclipse are awarded.