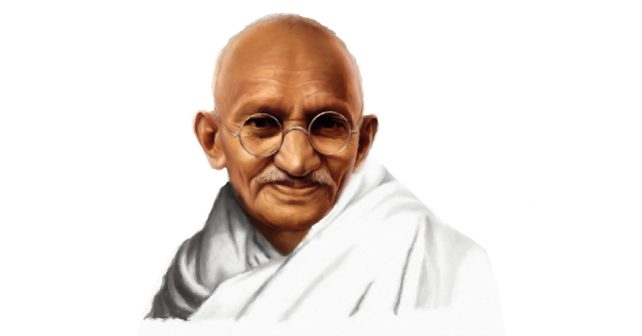 With an ambitious effort to put Hindutva icon, V.D. Savarkar on a pedestal, the BJP Maharashtra State unit has promised in its election manifesto to confer Bharat Ratna Award, the highest Indian Civilian honour on him. The promise was also publicized by the Prime Minister Narendra Modi to reap the benefit of capturing the vote bank in the recently held elections for the State Legislative Assembly in Maharashtra. The vote-capturing effort resulted in the decline of the vote-share of BJP when the results were announced. In an offensive tone, Modi attacked Congress party for its alleged opposition for the honour of Bharat Ratna to Dr. B.R. Ambedkar. The strategy of sympathy marketing on Dr. B.R. Ambedkar to sell Hindutva through V.D. Savarkar was worked out but in vain.

Simultaneously the Union Home Minister has stressed the need to rewrite history from India’s perspective while addressing at Banaras Hindu University. He utilised the opportunity to project V.D. Savarkar for his portrayal of Sepoy Mutiny of 1857 as the first war of Independence. By whipping up the religious sentiments the revolt against the East India Company was glorified. But even prior to that there was a mutiny in 1806. It was the Revolt against the British at Vellore Fort in Tamil Nadu which was not signified adequately. It did not possess any religious sentiments but its focus was against British imperialism. The Home Minister did not miss the platform to praise Madan Mohan Malaviya for founding BHC where ‘Hindu dharma and Sanskrit are still propagated even after so many years.’ The stress of Shah on rewriting history will only be counter-historical.

The move of the PM and the Home Minister is not to rewrite history but actually to fabricate history with the ultimate agenda of accomplishing Hindutva as an Indian phenomenon. History cannot be rewritten for Savarkar who was one of the accused in the assassination of Mahatma Gandhi, the father of the nation. There was concrete evidence of the association of Savarkar in the conspiracy to assassinate Gandhi. As per judiciary formality, there was no corroborative evidence to punish him, resulting in his judicial acquittal but not moral. When Gopal Godse, the younger brother of Nathuram Godse (assassin of Gandhi), came out on release after undergoing life imprisonment in the charge, he started to justify the ground to assassinate Gandhi. Yielding to the overwhelming demand for the reinquiry on Gandhi assassination, the then Congress Government formed Kapur Commission. The final report of the Commission confirmed the connection of V.D. Savarkar in the conspiracy. History will not pardon the then rulers who unveiled the portrait of V.D. Savarkar in the Parliament hall. Both the father of the nation and the person who conspired along with the culprits to assassinate the father of the nation, adore the Parliament hall. What a patriotic fervor showered on!

The move of the PM and the Home Minister is not to rewrite history but actually to fabricate history with the ultimate agenda of accomplishing Hindutva as an Indian phenomenon. History cannot be rewritten for Savarkar who was one of the accused in the assassination of Mahatma Gandhi, the father of the nation.

The saffron party, which did not do anything in the freedom struggle to attain independence for the country, proclaims its patriotism as supreme. The ruling BJP takes pride in celebrating 150th birth anniversary of the Father of the Nation. Such a pride becomes debatable when it promises the conferment of the highest honour of the country to the accomplice in the assassination of the Father of the Nation. Gandhi himself wrote in Young India in 1920, almost 100 years ago, thus:

“The brother (V.D. Savarkar) was born in 1884 and is better known for his career in London. His sensational attempt to escape the custody of the police and his jumping through a port hole in French waters are still fresh in public mind. ‘He was educated at Fergusson College, finished off in London and became a barrister. He is the author of the proscribed history of the Sepoy Mutiny of 1857. He was tried in 1910 and received the same sentence as his brother (Ganesh Damodar Savarkar) on 24th December 1910. He was charged in 1911 also with abetment of murder. No act of violence was proved against him either.”

The meticulous move of degrading the image of Gandhi has already started. There are still some people who strongly believe in ending the life of certain personalities in an attempt to accomplish their ideologies. They derive pleasure in re-enacting the scene of shooting Gandhi and the consequent blood shedding.

Even in the State of Gujarat, the native region of Gandhi, the school texts are very particular about spoiling his image with questions like, ‘Why did Mahatma Gandhi commit suicide?’

Opposing the ideology of Gandhi may be the right of any individual or organisation. But the belittling of the Father of the Nation by a political party claiming its ‘supreme’ patriotism can never be tolerated.

An exclusive enquiry commission had confirmed that it was – “a conspiracy to murder (Gandhi) by Savarkar and his group.” Inspite of this if V.D. Savarkar is bestowed with Bharat Ratna Award, how can the political party concerned call itself ‘Supreme’ patriots? Let wisdom dawn on the public domain!