30 years on: Is it game over for Mandal politics in India? 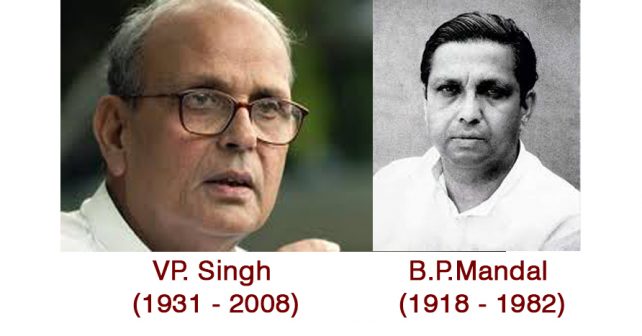 Christophe Jaffrelot writes that the rise of Hindutva politics and contradictions within OBC spectrum have exhausted the silent political revolution but the unfulfilled promise of job quotas may lead to a revival.

“It triggered a socio-political process that resulted in some social emancipation and the rise to political power of plebeians at the expense of the upper and dominant castes,” he writes in his latest column in The Indian Express.

“This ‘silent revolution’ brought on a counter-revolution, a revenge of the elite whose vanguard has been the BJP,” says Jaffrelot.

The Mandal moment was primarily political, even if what was at stake was the extension of positive discrimination through a 27 per cent quota for the OBCs in the civil service. The upper castes instantly mobilised to prevent a reform that would curb their public sector job opportunities, which was valuable prior to the economic liberalisation of 1991.

Their resistance aroused indignation among the lower castes and resulted in a consolidation of OBC groups. Many OBCs stopped voting for upper-caste notables and preferred to elect representatives from their own social milieu to Parliament.

By 2004, upper-caste presence in the Lok Sabha had fallen to 33 per cent, while 25 per cent of MPs were OBCs. So what’s left of the “Mandal moment”, politically and socially, now?

“This ‘silent revolution’ brought on a counter-revolution, a revenge of the elite whose vanguard has been the BJP,” says Jaffrelot. The BJP’s Hindu nationalism had the advantage of transcending caste identities in the name of Hindu unity and its fight against the threat from Islam.

This backlash culminated in 2014, when the Hindutva version of national-populism gained traction with some OBCs because of the alchemy achieved by Narendra Modi — for the first time, the leader of the BJP was a pure product of the RSS who belonged to an OBC caste.

So, is it “game over” for Mandal politics? “Not necessarily,” says Jaffrelot, “given the fact that if quotas have been granted to OBCs they are not fulfilled”.

In 2015, OBCs represented only 12 per cent of Class A employees in the central government services, 12.5 per cent of Class B and 19 per cent of Class C workers — which meant 18 per cent of the total workforce, almost 10 percentage points less than what they had been promised in 1990. “It is a deficit OBCs may consider worth fighting for,” he concludes.