ABOLISH ‘CREAMY LAYER’ UNTIL THEN ENHANCE ITS CEILING! 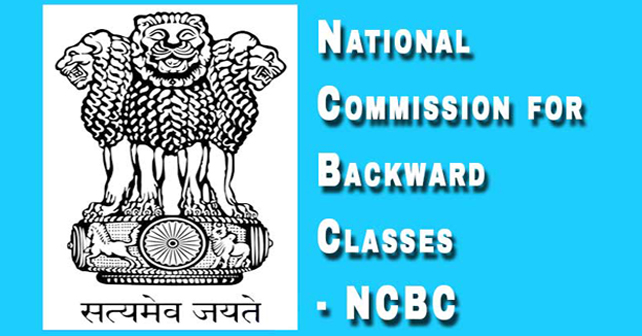 The dispensation of social justice to the socially oppressed section was commenced even in the British India. Due provisions were made after the Independence both original in the Indian Constitution which came into effect from 26th January 1950 and through the  various amendments brought into it for ‘reservation’ in education, employment and legislatures (Central and States). Reservation is a compensatory and positive discriminatory mode to dispense social justice to the ‘graded’ oppressed sections viz. the Scheduled Castes (SCs), the Scheduled Tribes (STs), Other Backward Classes (OBCs), minorities  and women.

Among them, the reservation for the OBCs in employment in the services of Central Government and its Undertakings was introduced in 1990 at 27 per cent during the period of V.P.Singh, as the Prime Minister of the country based on the recommendations of Mandal Commission. Till then, the social subjugation was identified based on the respective caste and reservation benefit was extended to them. There is no provision to decide the degree of subjugation based on the economic criterion.  There was no provision in the Indian Constitution reckoning economic criterion but social and educational backwardness to extend the reservation benefits.

The implementation of 27 per cent reservation for OBCs (whose population is 52 per cent) was challenged in the Apex court. For the first time economic criterion was introduced in the name of ‘creamy layer’ by the judicial verdict in the popular case Indira Sawhney & Others Vs Union of India. Ironically, in the same verdict, the challenge on the validity of the Government Order for 10 per cent  reservation for the economically backward brought by the then Prime Minister was held ‘ invalid’ as it was against the Constitutional provision.

From then onwards, economic criterion was reckoned as ‘creamy layer’ to the OBCs alone to avail the benefit of reservation by fixing the income limit to the respective family. It was started with the annual income ceiling of Rs. 1 lakh. The ill effects of ‘creamy layer’ curtailed the scope of reservation, extended to OBCs in Central Services. The level of representation of OBCs was limited with mere 12 per cent (even after 25 years) as against the entitled level of 27 per cent. On the one side, the social justice organisations and the reservation eligible OBC welfare associations have been demanding the abolition of ‘creamy layer’ so that the 27 per cent reservation can be availed fully; on the other side continuous and consistent demand for increasing the ceiling of creamy layer has been raised. Consequently the ceiling for creamy layer was enhanced to Rs. 2.50 lakhs, Rs 4.50 lakhs and then Rs. 6 lakhs.

At present, to increase the income ceiling further, the National Commission for Backward Classes (NCBC) has recommended to the Ministry of Social Justice for the enhancement to Rs 15 lakhs. It seems, the authorities are under the plan of enhancing only up to Rs 8 lakhs. With this enhancement the reservation benefit cannot be availed fully.

The earnest appeal to the Central rulers is to accept the ceiling of Rs 15 lakhs for creamy layer as recommended by NCBC. ‘Abolish Creamy Layer’ is the overall voice of OBCs. One has to strive for the benefits, guaranteed by the Constitution through the abolition of creamy layer. To mitigate the consequential ill effects, at least enhance the ceiling of creamy layer to make the 27 per cent reservation effective and meaningful.

The historically oppressed section has to fight for what is guaranteed to them by the Constitution ironically even 70 years after the attainment of Independence!