ADULTERY A CRIME OR NOT? 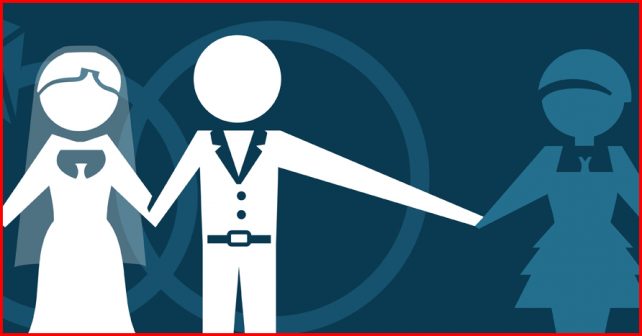 In all human societies, sex life has its own taboos, which lead to a number of psychological disorders and social problems according to experts. Psychological disorder or not, there are a lot of taboos and injunctions which are not in keeping with rational thinking and hence cause unwanted heart burns. When such irrational thinking finds its way into law books, as it happens in every country, they lead to a variety of social problems, with the result that statutes get constantly reviewed.

One such statute that warrants review in India is the one concerning adultery. Section 497 of Indian Penal Code which deals with adultery defines it as a man having intercourse with a wife of another man, without the consent or connivance of that man.
The man is punishable with a jail term of upto five years and / or a fine. The woman, however, is not punished. In fact, her existence is not taken into account at all.

For a long time, many people have been considering it a retrogede law, because sex between two consenting adults does not constitute a crime. If a man has sex with an unmarried woman, it does not come under the purview of law. But the scene changes if she is a married woman and the act becomes liable for prosecution under Indian Penal Code. It is because this is a relic of the British law made at a time when a wife was considered property belonging to her husband. Any other person using her is misappropriating her. When goods are stolen, only the thief is punished and not the commodity.

Not only that. While the man is punished, the woman, who indulged in the act as a willing partner, with full knowledge of her act and its consequences, legally and socially, does not come under the purview of law. Why?

Will anyone think of punishing the stolen article?

These questions have been agitating right thinking people for a long time. As early as 1971, the Dravidar Kazhagam Conference at Salem passed a resolution to the effect that consensual sex between a man and a woman, if both of them are major, must not be considered a criminal offence.

The detractors at that time misrepresented the resolution and made a huge noise saying that the Dravidar Kazhagam was advocating free sex, which, of course, is far from truth.

In a 1985 case, one Vishnu sought divorce from his wife on the grounds of desertion and adultery. Nalini Chidambaram, the advocate appearing for the woman concerned, argued, quite reasonably, that Section 497 of the Indian Penal Code which deals with adultery is a “flagrant instance of gender discrimination, legislative despotism and male chanvinism.” She said that the section stemmed from the assumption that women, like chattel, are the property of men.

However, the three judge Supreme Court Bench dismissed these arguments as having only an ‘emotive appeal’, though the court agreed that ‘a man seducing the wife of another’ was the most seen and felt evil in the society. In that case, why is it that Indian Penal Code does not even take congnisance of the fact?

The judgment further pointed out that a wife could always initiate civil action against her unfaithful husband, glossing over the fact that the husband, in similar cases, can initiate criminal action against his wife’s adulterer. Yet, the court held that it was not for the court, but for the legislature to decide the policy of law.

Another pertinent question that remains unanswered is that if the marriage is too sacrosanct an institution to be breached, why a woman, married or unmarried, should not be culpable under similar circumstances.

The opinion of Anand Gover, a senior Supreme Court advocate, seems to be extremely sensible. He says, “The wrong should only be considered a civil wrong and be the basis of divorce only. It is surprising that the government, which is getting rid of antiquated laws, is not doing anything about the offence of adultery,” and aptly concludes, “It is high time that is law is put in the dustbin of history.”

The sooner the parliament acts on such advice the better it would be for the society.