Agenda for the next religious dispute, started! 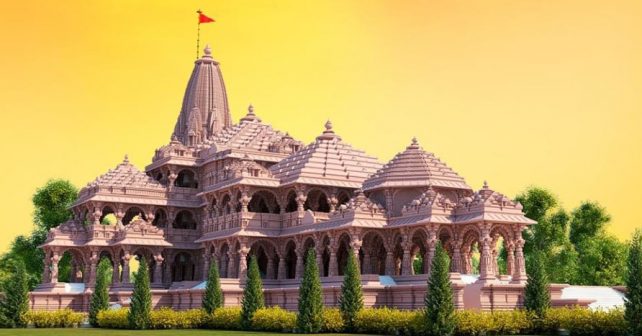 Historically about 450 years old Babri Masjid was demolished during daytime on 6th December 1992 with the BJP, RSS, VHP, Bajrang Dal and nude sage mobs witnessing the event. They appeased their long pending desire – hunger. The religious fanaticism had succeeded temporarily; but our country has to bow its head down internationally.

The leaders who were present at the time of demolition without even signaling any protest, later became deputy prime minister, minister of human resource development, other cabinet ministers, and state ministers at the Centre. Some of them became chief minister of states later. This shameful developments continues to remain as an indelible mark in the history of our country.

The case filed on the land dispute where the demolished Babri Masjid had existed lasted for about 28 years. The legal maxim of ‘Delayed Justice is Denied Justice’ is irrelevant to Indian sub-continent!

The intolerable scene in the episode is – when Babri Masjid demolition case awaits for judgment, in the presence of the accused themselves the Prime Minister of the country laid the foundation for the construction of temple in the demolished site. When the entire country struggles against COVID pandemic, the foundation laying ceremony was conducted on 5th September 2020. Due to participation in the ceremony, the head of Shri Ram Janmabhoomi Teerth Kshetra was subsequently infected by the COVID-19.

The agenda for one more episode had commenced. Facistic approach has been glorified with due adoration. The ‘sacred’ saffron forces have climbed up the ladder of atrocities to re-enact the episode. ‘What is the bet? We are ready to demolish further the prayer venues of religious minorities! What can they do?’ – The rhertoric again.

Under the guise of liberating the ‘Krishna Janam Bhoomi’ in Mathura, Uttar Pradesh, a case has been filed at the Mathura city civil court. A separate organization, ‘Krishna Janmabhoomi Nirman Niyas’, has been established for that.

When Babri Masjid demolition case was filed at court, the saffron outfits shouted that court cannot decide on religious disputes. The same offensive forces have approached the court at Mathura now.

Perhaps they may be criminally wise on the ground, ‘Make hay while the sun shines’. The bone of contention of the case is to remove the Shayari Ekta Mosque at Mathura from the existing place. The new episode does not end with it. Voices have been raised to propagate that Gyanvapi Mosuque was constructed at Varanasi, by demolishing half of the Viswanatha temple.

While the country is facing all sorts of setbacks on healthcare and economic development due to COVID pandemic, no effective measures are in place to curb the menace and offer relief to the victims’ families. Instead, diverting tacticts on religious lines, like demolition of prayer venues of the religious minorities have been started like the play book Babri Masjid. By whipping up the religious fervour, the rulers are attempting to divert the attention of the public.

The need of the hour is the unity among the secular, social justice, democratic forces. They should emerge in a collective manner to fight against the religious fundamentalism from re-enacting the demolition. It is the fundamental duty of all the opposition parties and social organisations to enlighten the public on sustaining peace and harmony and act constructively for the prosperity of the country!