Ancient DNA, History and Science: Need to Step Out of the Nationalist Framework 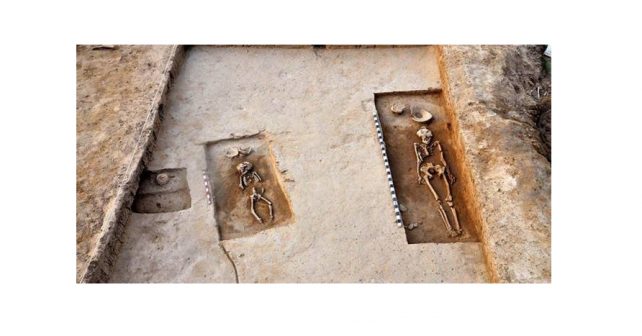 As part of a memorial ‘Remembering Amit’ held a year after the demise of Amit Sengupta, a key figure in the All India People’s Science Network a panel discussion titled, ‘Ancient DNA: History, Science and Myth’ was organised on November 29 at the India International Centre in Delhi. The panel consisted of Meera Viswanathan, historian; Satyajit Rath, scientist and Tony Joseph, author of the book ‘Early Indians’, and was chaired by Prabir Purakayastha of the Delhi Science Forum. The origins of the Indus Valley people and the Aryan invasion theory is one such subject which has been part of a heated debate between science and reason.

Recently, with the DNA study of the Rakhigarhi skeleton from a burial site of the Indus Valley Civilisation for the first time, which was first published in Cell, the debate came to the fore again. One of the most significant claims made by Professor Vasant Shinde, a co-author of the paper, is that the study indicates that “there was no Aryan invasion and no Aryan migration and that all the developments right from the hunting-gathering stage to modern times in South Asia were done by indigenous people”. Following the paper, the right-wing jumped into the bandwagon to negate the existing theories of migration, particularly about the fourth wave of migration, which has been their long term aim.

The major questions related to this debate are about the origins of the people in the subcontinent and about the peopling of Southeast Asia. However, as Meera Visvanathan points out, it is necessary to look at the historical evidence and the context before making any assumptions. There are four evidences at the Centre now- linguistic, textual, archaeological and the latest being, genetic evidence. The crucial part here is to look at the nature of the evidence and as well as the absence of other evidence, for instance,

The first argument in this debate is based on the linguistic evidence. The idea of Indo European language family was first proposed by William Jones in his address to the Asiatic Society in 1788, drawing similarities between Greek, Latin and Sanskrit. The one thing that Visvanathan focuses here is that the similarities in these three languages which Jones noted were of fundamental nature, at the level of a proto language. This can further be supported by linguistic studies in Central Asia, Europe and South Asia.

The major source of literary or textual evidence corresponding to this period is the Rig Veda. However, it is necessary to take note of the fact that the first critical analysis of the Rig Veda were done by philologists who were writing within the colonial context, at a time when the idea of Aryan race was quite different from what is perceived today. Aryan is no longer accepted as a scientific racial group but, Indo Aryans, who spoke the Rig Vedic Sanskrit, to denote a specific linguistic and ethnic group in the present context. For example, Visvanathan said, words such as dasas, dasyus, etc., – which were used to  denote the ‘other’ by the composers of the Rig Veda – denote a cultural connotation rather than a scientific racial base.

In addition to this, the Indus Valley script has not been deciphered yet, thus, making it impossible to find out the language spoken by the people. There are several existing theories as to what was this language, it may have been something belonging to the Dravidian language, or the Austro Asiatic language or it may also be language X, which does not endure till today, said Visvanathan. But what she underlined is that there is significant evidence to believe that this proto language spoken during the Indus Valley civilization was not Sanskrit.

There are a range of archaeological evidence which indicate towards the presence of other cultures in the subcontinent, from chalcolithic culture in the Deccan to the neolithic cultures further south. But in terms of linguistic evidence, there are no surviving textual sources from these cultures. Instead, they exist in the form of words adopted in the Indo Aryan language, especially words which denote regional flora and fauna, as argued by Franklin Southword. Visvanathan cites the example of Mriga Hastin, which literally means an animal with a hand, in the Rig Veda. It refers to an elephant, an animal quite common in the subcontinent, with even archaeological evidence supporting its presence during the Indus Valley civilisation. What Visvanathan says is; such words point towards the non-indigenous origin of the Rig Vedic people, who were unfamiliar to these kinds of flora and fauna found in the Indian subcontinent.

Coming to the latest studies that have been published in Science and Cell, the article by Narasimhan and others, too, supports the evidence of migration of pastoralist groups from 1700-1000 BCE, which fits well with the existing linguistic evidence. The arguments which contest this theory, however, are often not based on evidence that has been established above. Visvanathan argues that the genetic evidence does not invalidate the earlier evidence and has to be understood within the context of existing data. There are several problems associated with the way the genetic data has been selected, according to her. One is the sampling procedure which does not reflect the complexity of the linguistic population. The evidence only takes into account the migrations from North and North West to the subcontinent, but does not reflect the migrations from the east, or the south through the sea route or from the Himalayas. The major issue associated with such interpretations is that there are social implications which the social scientist or scientist needs to take into account. Visvanathan says for example, the article in Science states that “some groups that view themselves as part of the priestly class of the traditional class or caste system have excess Steppe ancestry.” This can easily be interpreted as evidence of brahmins having more Aryan genes. However, such statements do not take into account the varied sampling of the populations, about genetic profiles; brahmins from Kashmiri, Bengali or those in the south and even beyond the brahmins, which this genetic evidence is not able to fully process. Thus she says there is a need to move beyond only the genetic evidence and place it within the context of the existing evidences.

Following, Meera Visvanathan, scientist Satyajit Rath highlighted the need for us to adopt a critical view while reading such narratives that focus on the indigenous origin of civilisation in India. He also talked about the method of sampling adopted in the DNA sequencing of the Rakhigarhi skeleton as well as other evidence from Indus Valley sites other than those in India. For example, talking about the evidence found in Sahr-i-Shokta in Eastern Iran, and in Gonur in modern Turkmenistan, he said that there are several similar trends with the DNA sequence of the Rakhigarhi skeleton. Not only that, Rath also pointed towards the evidence in the sites in Mehrgarh (Indus Valley site) and those in Zagros mountains in modern day Iran, which indicate the existence of a cultural continuum or similarities. These evidences, he said, stand contrary to the claims of an exclusive and indigenous origin of civilisation in the Indian subcontinent.

Tony Joseph, author of Early Indians: ‘The Story of Our Ancestors and Where We Came From’, speaking at the event, talked about the first out of Africa migrations of Homo Sapiens to the Indian subcontinent. He also focused on the fact that it is important that the populations in the Indian subcontinent today are a complex admixture of migrants, right from those that happened 65,000 years ago. In terms of the latest genetic evidence, what Joseph said that, several reports have showed that between 2200 BCE and 100 CE, there was extensive admixture between the different Indian populations with the result that almost all Indians had acquired First Indian, Harappan and Steppe ancestries, though, of course, to varying degrees. The genetic evidence, as Visvanathan pointed out, is just an addition in the corpus of existing evidence that seek to understand the origins of the existing population in the subcontinent. But what is important is that the interpretation of these evidences has to be done by moving out from the nationalist framework to arrive at a better understanding of history.