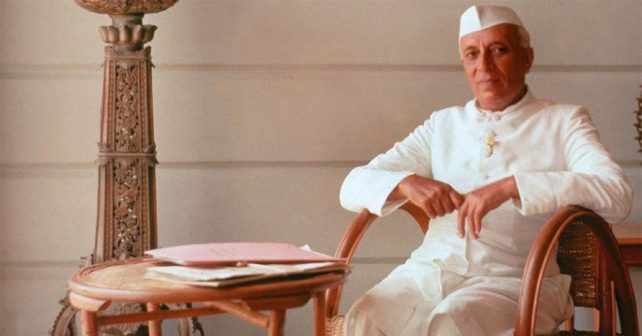 The Mauryan Empire did not last long after Ashoka’s death. Within a few years it withered away. The northern provinces fell away, and in the south a new power arose—the Andhra power. Ashoka’s descendants continued to rule the vanishing empire for nearly fifty years, till they were forcibly removed by their commander-in-chief, a Brahman named Pushyamitra. This man made himself king, and there is said to have been a revival of Brahminism in his time. Buddhist monks were also persecuted to some extent. But you will find, as you read Indian history, that the way Brahminism attacked Buddhism was much more subtle. It did not do anything so crude as to persecute it much. Some persecution there was, but this was probably political, and not religious. The great Buddhist Sanghas were powerful organizations, and many rulers were afraid of their political powers; hence their attempts to weaken them. Brahminism ultimately succeeded in almost driving out Buddhism from the country of its birth by assimilating it to some extent and absorbing it and trying to find a place for it in its own house.

Thus the new Brahminism was not a mere reversion to the old state of affairs and a negation of all that Buddhism had tried to do. The old leaders of Brahminism were much cleverer and from of old it had been their practice to absorb and assimilate. When the Aryans first came to India they assimilated much of Dravidian culture and custom, and all through their history they have, consciously or unconsciously, acted in this way. They did likewise with Buddhism, and made of Buddha an avatar and a god-one of many in the Hindu pantheon. Buddha remained a person to be worshipped and adored by the multitude, but his special message was quietly put aside, and Brahminism or Hinduism, with minor variations, continued the even tenor of its ways. But this process of Brahminising Buddha was a long one, and we are anticipating, for Buddhism was to remain in India for many hundred years after Ashoka’s death.

We need not trouble ourselves with the kings and dynasties that followed each other in Magadha. About 200 years after Ashoka’s death Magadha, ceased to be the premier State of India, but even then it continued to be a great centre of Buddhist culture.

Meanwhile, important events were taking place both in the north and the south. In the north there were repeated invasions by various peoples of Central Asia called Baktrians and Sakas and Scythians and Turkis and Kushans. I think I wrote to you once how Central Asia has been a breeding-ground for hordes of people and how these people have come out, again and again in history, and spread out all over Asia and even over Europe. There were several such invasions of India during the 200 years before Christ. But you must remember that these invasions were not just for conquest and loot. They were for land to settle down in. Most of these Central Asian tribes were nomads, and as their numbers grew, the land they lived in was not sufficient to support them. So they had to migrate and seek fresh lands. An even more forceful reason for these great migrations was the pressure from behind. One great tribe or clan would drive away others, and these, in their turn, would be compelled to invade other countries. Thus the people who came as invaders to India were often themselves refugees from their own pastures. The Chinese Empire also, whenever it was strong enough to do so, as in the days of the Hans, drove these to  nomads away and thus compelled them to seek new homes.

You must also remember that these nomadic tribes of Central Asia did not look upon India wholly as an enemy country. They are referred to as “barbarians”, and undoubtedly, compared to the India of those days, they were not as civilized. But most of them were ardent Buddhists, and they looked up to India, which had given birth to the Dharma.

Even in Pushyamitra’s time there was an invasion in the north-west by Menander of Baktria who was a pious Buddhist. Baktria was the country just across the Indian border. It used to be part of Seleucus’s empire, but later it became independent. Menander’s invasion was repulsed, but he managed to keep Kabul and Sindh.

Later came the invasion of the Sakas, who came in great numbers and spread out all over northern and western India. The Sakas were a great tribe of Turki nomads. They were pushed out of their pastures by another great tribe, the Kushans. They overran Baktria and Parthia and gradually established themselves in northern India, more particularly in the Punjab, Rajputana and Kathiawad. India civilized them, and they gave up their nomadic habits. 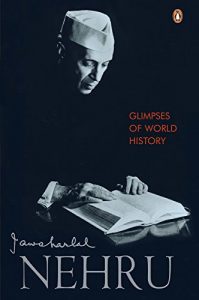 It is interesting to observe that these Baktrian and Turki rulers in parts of India did not make much difference to Indo-Aryan society. These rulers, being Buddhist, followed the Buddhist church organization, which was itself based on the old Indo-Aryan plan of democratic village communities. Thus India continued to be, even under these rulers, largely a collection of self-governing village communities or republics, under the central power. During this period also Takshashila and Mathura continued to be great centres of Buddhist learning, attracting students from China and western Asia.

But repeated invasions from the north-west and the gradual break-up of the Mauryan State organization had one effect. The southern Indian States became truer representatives of the old Indo-Aryan system. Thus the centre of lndo-Aryan power moved south. Probably many able persons from the north migrated to the south on account of the invasions. You will see later on that this process was repeated 1000 years later when the Muslims invaded India. Even now southern India has been far less affected by foreign invasions and contacts than the north. Most of us living in the north have grown up in a composite culture—a mixture of Hindu and Muslim with a dash of the West. Even our language-Hindi or Urdu, or Hindustani, call it what you like—is a composite-language. But the south is still, as you have seen yourself, predominantly Hindu and orthodox. For many hundreds of years it tried to protect and preserve the old Aryan tradition, and in this attempt it built up a rigid society which is amazing in its intolerance even to-day. Walls are dangerous companions. They may occasionally protect from outside evil and keep out an unwelcome intruder. But they also make you a prisoner and a slave, and you purchase your so-called purity and immunity at the cost of freedom. And the most terrible of walls are the walls that grow up in the mind which prevent you from discarding an evil tradition simply because it is old, and from accepting a new thought because it is novel.

But South India did a real service by preserving through 1000 years and more the Indo-Aryan traditions not only in religion, but in art and in politics. If you want to see specimens of old Indian art now, you have to go to South India. In politics, we have it from Megasthenes, the Greek, that the popular assemblies of the south restrained the power of kings.

Not only the learned men but the artists and builders and artisans and craftsmen went south when Magadha declined. A considerable trade flourished between South India and Europe. Pearls, ivory, gold, rice, pepper, peacocks, and even monkeys, were sent to Babylon and Egypt and Greece, and later to Rome. Teakwood from the Malabar Coast went even earlier to Chaldea and Babylonia. And all this trade, or most of it, was carried in Indian ships, manned by Dravidians. This will enable you to realize what an advanced position South India occupied in the ancient world. Large numbers of Roman coins have been discovered in the south, and, as I have already told you, there were Alexandrian colonies on the Malabar Coast and Indian colonies in Alexandria.

Soon after Ashoka’s death the Andhra State in the south became independent. Andhra, as you perhaps know, is a Congress province now, along the east coast of India, north of Madras. Telugu is the language of Andhra-desha. The Andhra power extended rapidly after Ashoka till it spread right across the Deccan from sea to sea.

From the south great colonizing enterprises were undertaken, but of these we shall speak later.

I have referred above to the Sakas and Scythians and others who invaded India and settled in the north. They became part of India, and we in North India are as much descended from them as from the Aryans. In particular, the brave and fine-looking Rajputs and the hardy people of Kathiawad are their descendants.