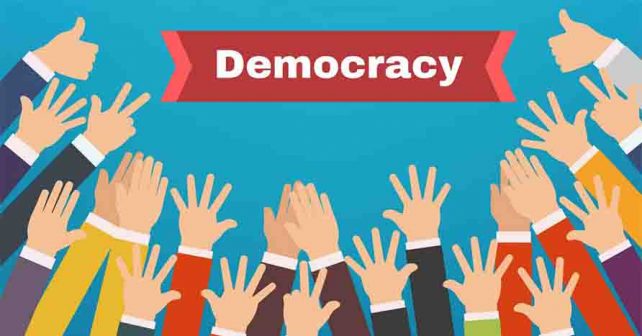 New Delhi has engaged its international critics not on facts but on values, and must now make its position clear

The first three weeks of March saw major developments in the ongoing drama over international assessment of how New Delhi has overseen the functioning of Indian democracy in the recent past. There were the annual reports of the United States-based Freedom House and the Sweden-based V-Dem Institute, which downgraded and redesignated Indian democracy. And farmers’ safety and curbs to press freedom in the context of the ongoing protests by farmers were debated in the British Parliament.

New Delhi has hit back. But how do we assess its response? Consider three elements.

First, there is decidedly a new approach. Something more layered is replacing the reliance on hard sovereignty. While the establishment continues to underline the internal nature of the issues raised, it is also beginning to counter the criticisms aggressively. The strongest evidence of this yet came from a discussion in the Rajya Sabha, on March 15, 2021, on racism in the United Kingdom. It appeared to implicate everyone, from the royals to society at large, in systemic racism. India’s External Affairs Minister S. Jaishankar noted the concern on behalf of the government and made the assurance that it would be taken up with the U.K. even as India would ‘monitor these developments very, very closely’.

Earlier, on March 9, 2021, in response to the debate in the U.K. Parliament on the ‘safety of farmers’ and ‘press freedom’ in India, the Indian High Commission in London had noted the ‘need to set the record straight’ regardless of claims of ‘friendship and love for India’ professed by anyone. The statement was brash, while the location from which it was released was symbolically significant.

The response is also becoming fine-tuned. The London statement called India ‘the largest functioning democracy in the world’. The key word here was ‘functioning’. The emphasis had moved from the size of Indian democracy to its quality. What it was insinuating at became clear with Mr. Jaishankar’s remark made in Chennai on March 13, 2021: ‘Look at the politics of these places… whatever you might say… in this country [India] nobody questions an election. Can you say that in those countries?’The reference obviously was to the United States. Further, the London statement mentioned India’s ‘well-established independent democratic institutions’. This formulation sought to counter the allegations that authority has become increasingly personalised in India. It asserted the apparent autonomy of Indian institutions.

Finally, it has sought to narrow down the scope of the issue and belittle its opponents. A statement by the Ministry of External Affairs on February 3, 2021, arguably put out in response to the celebrity tweets, claimed that a ‘very small section of farmers in parts of India’ had ‘some’ reservations about the farm reforms. It also referred to international critics as ‘fringe elements’ and linked them to desecration of Gandhi statues. This was built upon in the London statement. It referred to the discussion as involving ‘a small group’ of parliamentarians in ‘a limited quorum’.

Second, the assertiveness in the establishment’s response is partly because India currently enjoys a favourable international constellation. Relatively speaking, the novel corona virus pandemic has spared India and allowed the world’s largest vaccine manufacturer (by number of doses produced and sold globally) to engage in vaccine diplomacy and position itself as an ‘internationalist’ actor. Here, New Delhi has attempted a transference of latitude, leveraging the goodwill generated by ‘Vaccine Maitri’ to counter the criticisms. Thus, in Chennai, Mr. Jaishankar asked what the (presumably western) critics of the Delhi regime had done in comparison with India’s critical health aid to 70 countries. The fact that the western countries have struggled to cope effectively with the pandemic and remain inconsistent as well as, as in Europe, divided in their governmental and medical responses, also makes India look coherent and ‘functional’.

Further, the contemporary crisis within western democracies is deep rooted. While it eludes resolution, the fact is that it has robbed western governments of the reputational privilege and the moral right to criticise what they view as assaults on liberal democratic values. We see governments quiet but streets and legislators vocal. This factor, coupled with their need for India for economic, environmental, and geopolitical reasons, offers New Delhi considerable space for an aggressive response.

Finally, the conservative allies in western countries that New Delhi has likely cultivated have also helped it undercut international criticism. Recall the October 2019 visit to Kashmir of about two dozen largely right-wing Members of European Parliament. Further, a quick review of the remarks of Conservative UK MPs Bob Blackman and Theresa Villiers on contentious issues concerning India over the past nearly two years will be revealing. In fact, Ms. Villiers’ statement during the U.K. parliamentary discussion in early March was remarkably understanding of New Delhi’s position.

Third, the question of the effectiveness of its response. How substantive is New Delhi’s counter? In part, as Mr. Jaishankar’s remarks in Chennai showed, it has met facts with rhetoric. In addition, it has questioned the practice of western institutions and civil society of judging and criticising those political processes in non-western democracies that do not match up to western standards. The objection is useful insofar as it checks sorry remnants of western cultural arrogance as well as ‘knowledge imperialism’. But it does not address the fundamental point of the critics, which is that human dignity and freedoms are universal and an assault on them anywhere is an assault on them everywhere.

New Delhi was well within its rights to offer the sovereignty shrug and say it did not care. But it has engaged the critics, not on facts but on values. And now it must make its position clear. If it does not believe that these values apply to all human beings everywhere, regardless of the society and culture in which they find themselves, then it can state it unambiguously. This would deprive its critics of the moral basis for their criticism.

At the Munich Security Conference in February last year, Mr. Jaishankar argued that democracy and the West should not be equated, implying that there are different types of democracies. Fair point. But the Minister did not pursue the thought fully. His South Korean counterpart did. Speaking after him, Minister of Foreign Affairs, Republic of Korea Kang Kyung-wha said: ‘South Korea is West if you are going by values… Instead of talking about the West let’s talk about the values that we are trying to prove.’ This is an approach worth considering. For in order to effectively counter its critics, the establishment must first confront itself.