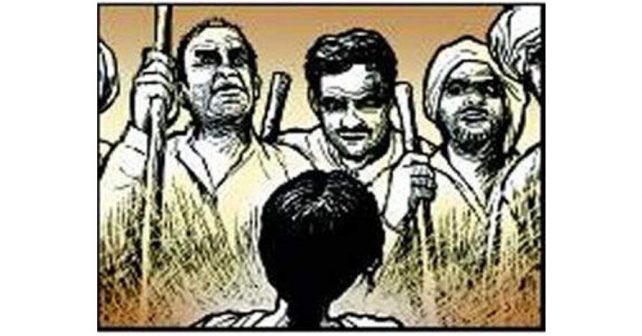 The social disease viz. caste system is considered as pride by vested interests in our country. By highlighting it as pride, auguring support knowingly as well as unknowingly to the supreme sect in the society for the upkeeping of whose hegemony, caste system has been made enduring. Basically in respect of marriage, the consent of both to get wedded is of prime importance. None could thrust consent or dissent on the prospective wedding pair. The Manusmriti, the legal code of the hierarchical Hindu religion, still restricts the personal rights of individuals. A few reformative changes have taken place in personal and gender justice against this ‘divine dictum’ due to the continuous reformative tasks undertaken by Mahatma Jothirao Phule, Thanthai Periyar, Babasaheb Ambedkar and the like. A complete over hauling exercise is warranted since the essence of the ‘divine dictum’ continues as birth based discrimination, division, thereby keeping the majority of the society in degradation.

Many progressive persons who advocate innumerous things for the cause of abolition of caste system, become conservative when it is the marriage of their children. They prefer to choose life partner for their siblings from the caste of their own. Any amount of propaganda against the caste system will not serve the purpose. The major impact on the demolition of caste could be possible only through inter-caste marriage. A large number of them are held as love marriages.

But the society ridden with caste hierarchies does not accept such inter caste marriages and for the sake of caste pride even the parents and relatives of the couple belonging to higher hierarchy are prepared to finish off the life of their children. Such finishing of life is popularized as so called ‘honour killing’; honour to whom? Honour to caste based hegemonists.

The number of ‘honour killings’ has been ascending, mostly in the areas where the caste hegemony is deep rooted and awakening is less on the part of the oppressed section.

Many criminal cases have been registered against the instigators as well as the perpetrators of the so called honour killing and the courts have also given direction to the executive on the imperative to arrest such killers. After all these processes the final punishment to the criminals would get diluted. The directions of the judiciary also were not taken seriously and implemented by the authorities. As the result the occurrences of ‘Honour killing’ are becoming very grave, inhuman and illegal execution.

Recently the Supreme Court of India has given a verdict on its appellate jurisdiction. The judgment is significant in giving new directions to the executive and the lower judiciary whenever they have to deal with cases of Honour killing. The directions will enable the authorities to book and penalize the culprits, who would go scot free with the existing red tapism and other formalities causing delay in deciding the cases. The chance of hegemonic culprits, threatening the witnesses against them, using both muscle power and money power would be eliminated if the directions of the Supreme court are implemented by the State authorities and by judiciary that conducts the related trials of honour killing cases.

As a move towards that noble initiative, the term ‘caste’ must be removed from the Indian Constitution. Once ruling law of the land deletes ‘caste’, the discrimination and division arising out of it would lose its legality. The social discrimination and degradation arising out could be eliminated by propaganda and change in the mindset of the people. Let law lead first, the mindset of people would follow suit.