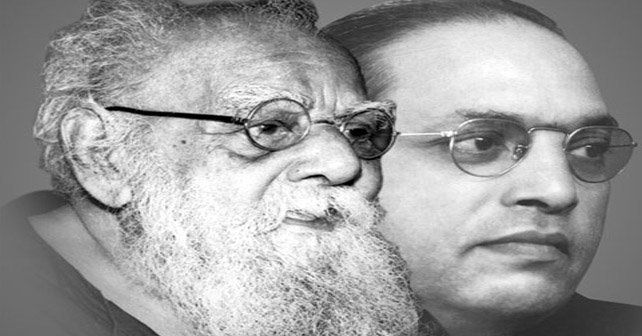 It was on this day, 14th August in 1950, Periyar launched agitation and gave the clarion call to the people of Tamilnadu to express protest by declaring “Reservation Day”. The protest was against the judgement given by Supreme Court of India staying against the Communal Reservation in Madras State that was in existence since 1928.

Social Revolutionary Periyar started agitation against the judgement of Supreme Court and mobilized the people for the agitation. Except Brahmins, all non-brahmins joined the struggle.

Periyar announced that on 14th August (1950), there will be total agitation in Tamilnadu in all sectors and all sections of people including students, teachers, doctors, govt. servants joined the struggle.

The Central Government was forced to react on this agitation and then Prime Minister Pandit Jawaharlal Nehru and Law Minister Dr.Ambedkar brought the first amendment to the Indian Constitution by inserting Article 15(4) that enabled the Governments to provide reservation in education for BC, SC and Minorities. Article 15 (4) was inserted and the term “socially and educationally” found a place in the Constitution.

It must be noted that the Indian Constitution as introduced in 1950, did not have provision for reservation in education. There was only Article 16(4) providing reservation in jobs.

It was Periyar’s struggle that paved the path for reservation in education not only for the people of Tamilnadu but for the entire BC, SC, ST and Minorities throughout the country. Arignar Anna (C.N.Annadurai) and Kamarajar were in support of this struggle with Periyar.

On this day 14th August, Let the youth of this country remember this day with gratitude to great leader and revolutionary Periyar E.V.Ramasamy.