Batting for the downtrodden 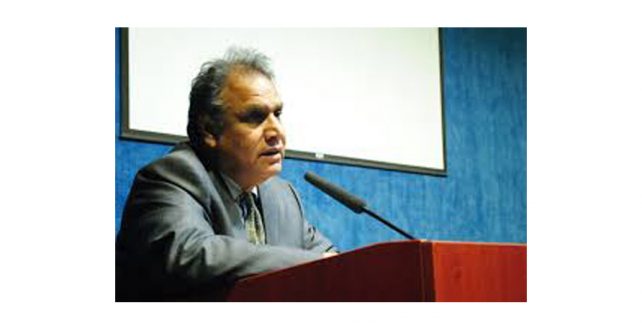 With the sorry state of Dalits still evident in data, the judiciary needs to continue to uphold their rights

The Supreme Court has ruled that quotas and reservations for promotions for government jobs are not a fundamental right, setting aside an Uttarakhand High Court order of 2012. The top court has also said that States could not be forced to make such provisions without data showing imbalance in representation of certain communities in public service.

While the legality of the ruling could be contended by legal experts, the top court’s advice on quantifiable data on under-representation exhibits lack of a broader perspective on the status of Dalits. The Court should have been more prudent than to leave the entire decision to Uttarakhand which has a high rank in the country in terms of the practice of untouchability.

According to a recent survey by academician Amit Thorat, up to 47 per cent of respondents in the hill State admitted to practising untouchability. More than half the forward caste people confessed to practising untouchability. Further, nearly 68 per cent Brahmins in rural and 77 per cent Brahmins in urban areas of the State admitted to the practice. With such widespread discrimination prevalent in the State, an honest response on representation from the Executive and administration is hard to expect. Reminders of a massive backlog of posts under reservation have become a regular feature in all States. Ironically, the Court while passing its order remained silent on the sources of under-representation: namely data on caste discrimination in public employment and other spheres. One expected the Court to be aware about the under-representation of Dalits in ownership of land and enterprise, literacy, and access to civic rights, and their over-representation in poverty, malnutrition, and social isolation and atrocities.

Where are Scheduled Castes (SCs) under-represented, and where are they over-represented? The SCs suffer from low ownership of capital assets, illiteracy, and lack of access to civil rights. In 2013, of the total wealth in the country, the share of SCs was only 5 per cent in rural areas against their population share of almost 17 per cent. In terms of their share in agricultural land, it was only 5 per cent while in building assets it was 8 per cent. On the other hand, the high castes owned 39 per cent of total natural wealth — 41 per cent land and 39 per cent building assets. In urban areas, SCs own only 4 per cent of total wealth: 6 per cent land and 2.6 per cent of buildings as against 45 per cent of land and 76 per cent of buildings by high caste, much in excess of their population share of about 21 per cent.

In 2015, the enrolment rate in higher education was 20 per cent for SCs compared to 43 per cent for higher castes. Besides the massive backlog in government services, these are spheres where SCs are grossly under-represented. They are over-represented in wage labour, poverty and malnutrition. In 2014-15, almost half of Dalits depended on casual wage labour when compared to 11 per cent of high castes. In 2012 about a third were poor, compared to 11 per cent for high castes. Most importantly, caste discrimination and untouchability continue to be practised widely despite anti-discriminatory laws. Between 2001 and 2013, SCs had registered about 54,257 cases of atrocities or 4,174 cases annually. This is just the proverbial tip of the iceberg.

Primary studies show extensive discrimination in employment, farming, enterprise/business against SCs. Based on NSS data, these studies indicate that in 2017-18, of the differences in access to employment between SCs and high caste, about 71 per cent was due to discrimination in hiring. Findings of another primary survey in 2013 in rural India show that SC entrepreneurs in grocery, eatery, and transport services faced discrimination, with the high castes reluctant to avail of their goods and services. Many SC farmers admit that they face discrimination in the buying of inputs and sale of outputs.

A lesser known fact shown in recent studies such as that of P. Sanal Mohan in Modernity of Slavery: Struggles Against Caste Inequality in Colonial Kerala is that about untouchables being a slave caste. Hindu slavery goes back to at least 600 BC. Manu recognised slavery in 200 BC; it continued to be practised for about 2,500 years before it was banned by the British in 1843. A significant fact is that untouchables were recognised as slave caste wholly in the service of high caste.

Prof. Mohan while describing the plight of slaves observes: In Kerala the untouchable slaves generally go without clothing, barely cover their nakedness with a string of leaves propped around their loins. They eat all the refuse… were paid the lowest wages — that would keep them barely alive.”

A statement often found in all slave transaction documents, “Kill you may kill, sell you may sell”, bears testimony to the power of upper-caste Hindu and Christian landlords. In fact the entire agrarian economy was based on the exploitative slave labour of untouchables. Slavery is long gone but its legacy persists in the form of bonded, attached and forced labour of Dalits in many parts of the country.

Unaccountability and caste slavery have completely crippled Dalits. They remain asset-less, illiterate and socially isolated with overt residential segregation in rural areas, and subtly in urban areas. Therefore, the reservation policy is necessary as a safeguard against discrimination and to secure their fair share.

But it is not enough. What the SCs require most is “adequate compensation or reparation” for traditional denial of rights to property and education, and slave labour. The affirmative action policies similar to reservation mainly provide protection against discrimination and ensure a fair share of benefits in the “present”, but this is a weak remedy to deal with the consequences of “past” exclusion.

Since the high castes have benefited at the cost of the former untouchables, there is legal and moral justification that they compensate for the losses they have inflicted on the latter for centuries. With such a massive backlog in the condition of SCs, the top court should have been more sensitive in its observations. The Court and the judiciary is the last resort for Dalits who continue to face oppression under the pretext of divine ordination.