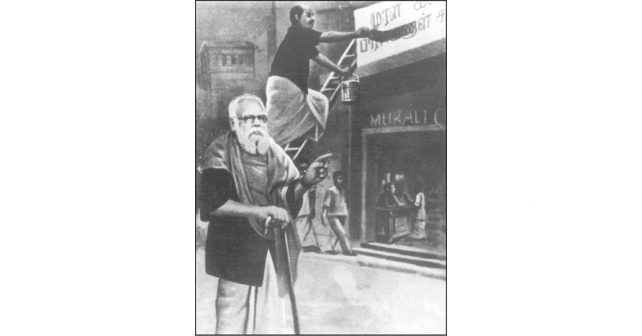 Caste discrimination in India, unlike racial discrimination is founded on ‘divine’ dogmas denying education and dictating caste based jobs to the servile classes, is very difficult to annihilate

In 2013, ‘Black Lives Matter’ movement began with the use of the hashtag, ‘#BlackLivesMatter’ on social media following ‘George Zimmerman’ getting acquitted in the shooting death of African-American teen ‘Trayvon Martin’ in 2012. The movement gained national prominence in 2014 following the deaths of the African-Americans – ‘Michael Brown’ and ‘Eric Garner’.

Reverberations, adding value to the movement, are being felt across industries as each day passes. The effect also appears to have been sprawling over various countries. Now, I shall provide an account on various brands from different geographies pronouncing significant changes in their global businesses of consumer products in the wake of Black Lives Matter.

Aunt Jemima – ‘Aunt Jemima’ – owned by the ‘Quaker Oats Company’ of Chicago, a subsidiary of ‘PepsiCo’ – is a brand of pancake mix, syrup and other breakfast foods.

Following George Floyd protests, PepsiCo has announced that the 130-year-old Aunt Jemima brand is removing the image from its packaging and changing the brand name, “in line with its journey towards racial equality”.

Aunt Jemima character is based on ‘mammy’ – also spelled ‘mammie’ – a U.S. stereotype, especially in the South, for a black woman who worked in a white family and nursed the family’s children.

Uncle Ben’s rice – ‘Uncle Ben’s’ – owned by ‘Mars, Incorporated’ – is a brand name for parboiled rice and other related food products. On the same day, when Aunt Jemima announced its rebranding exercise, Mars as well pronounced that it would revisit Uncle Ben’s packaging. The name of the brand is linked to the practice of White Southerners calling older black people ‘aunt’ and ‘uncle’ because they refused to use ‘Mrs.’ And ‘Mr. ’.

And, the packaging of Uncle Ben’s features the likeness of a black man.

Darlie – ‘Darlie’ is a toothpaste brand of ‘Hawley & Hazel Chemical Company’, in which ‘Colgate-Palmolive’ acquired 50 per cent in 1985.

On June 18, 2020, Colgate-Palmolive announced it will work with Hawley & Hazel to “review & evolve all aspects” of Darlie, including the brand name. The American multinational consumer products company announced its plan for review after PepsiCo and Mars, Incorporated announced their plans for their respective brands. In English, Chinese name of Darlie translates to ‘Black Person Toothpaste’.

Fair & Lovely – ‘Fair & Lovely’ is a skin-lightening cosmetic product of ‘Hindustan Unilever’ – Indian subsidiary of the British-Dutch multinational company ‘Unilever PLC’ – introduced to the market in India in 1975.

On June 25, 2020, Hindustan Unilever announced that it will drop the word ‘Fair’ from its name and restrict using ‘White/Whitening’, ‘Light/Lightening’ from all its packs and communications.

The positive effect of the movement hasn’t confined itself to consumer products alone but has stretched beyond to media too.

Here is an instance

The Simpsons – ‘The Simpsons’ is an American animated sitcom created by ‘Matt Groening’ for the ‘Fox Broadcasting Company’. Fox Studios has said in a statement that the show will no longer have white actors’ voice characters of color.

White actor Hank Azaria who has been rendering voiceover for the Indian-American character named ‘Apu Nahasapeemapetilon’ all along since the character was created in 1990 had announced in January this year that he would no longer be performing the voice. Other white actors to announce along similar lines include Mike Henry and Kristen Bell.

The response by various businesses from different geographies has been a positive effect of years of ‘Black Lives Matter’ movement. Now, I would like to peek into the response by businesses, and even State’s executive governance and the judicial body, to the protests against the deep-rooted birth-based discrimination, more  severe than that of US’s  racial discrimination, that has been  prevailing  in India.

In 1956, Thanthai Periyar started an agitation to remove the title, ‘Brahmanal’ (Brahminical) from the name board of the hotel, ‘Murali’s Cafe’ in Tiruvallikkeni, Madras (presently Chennai) by blackening the title with coal-tar after the rest of such hotels in the State had removed such title, ‘Brahmanal’. The yearlong agitation on daily basis with the arrest of the Blackshirt attired cadres of Dravidar kazhagam garnered statewide attention and that made ultimately the owner of Murali’s Cafe change their stand and remove the word, ‘Brahmanal’ from the name board.

The logic behind the opposition to remove the identity of the hotel as ‘Brahmanal’ claiming supremacy over others. As per Varashrama, the identity as Brahmin signifies superiority, degrading the majority toiling masses as ‘Sudra’, meaning the son of prostitute.

Of late, a hotel in Srirangam, Trichy, run by a Brahmin, had the display, ‘Brahmanal’ in its name board. Since a cordial request to the hotel’s proprietor, to remove the word from the name board, wasn’t acceded. Peaceful protest in the hotel’s façade was staged. The Law and Order authority not only arrested but imprisoned them leading to legal proceedings.

Those arrested, numbering 112, filed a quash petition in the High Court, the judge after going through the case, had observed in his judgment that the hotel’s proprietor had exercised his constitutional right as per Articles 19(1)A and 19(1)G that provides the rights to proprietors to name their shops as per their liking.

And, he went on to add that legal proceedings can be initiated against the proprietor only if untouchability is practised within the hotel’s premises or entry is restricted to any castes.

Also, The judge observed that like shops carrying caste names over their name boards, like ‘Konar Mess’, ‘Mudaliar Idli Kadai’, ‘Iyengar Bakery’ and ‘Reddiar Mess’, the hotel in Srirangam, Trichy as well had the right to carry the name, ‘Brahamanal’ in its name board and it was sensed nothing wrong in it.

Following the judgment, Dravidar Kazhagam, President Asiriyar Dr.K.Veeramani had stated that the judgment was not merely erroneous. It justifies and encourages the evil practice of varnasrama discrimination establishing the superiority and congenital arrogance of Brahmins.

Here, I would like to quote Periyar’s take on opposing the word, ‘Brahmanal’ over the name boards of shops. “Suppose there are four houses in a street, and one of them displays the board, ‘This is the house of chaste women,’ what will people think of the occupants of the other houses? If one person proclaims that he is a Brahmin, does he not imply that the others are Sudras, people of a lower birth? Sudra means ‘the son of a prostitute.”

To elaborate further on the varnasrama discrimination, I like to state the below information. Varanasrama places Brahmins on the supreme position and Sudras in the lower rung in society, a gradation advocated and adhered by the birth of an individual in that particular sect. Brahmins have many castes like Ayyar, Ayyangar, Sastri, and Sharma. Sudras have castes like Konar, Mudaliar and Reddiar. Names like ‘Konar Mess’, ‘Reddiar Mess’ and ‘Mudaliar Idli Kadai’ pointed out by the judge are the shortened forms of the names of the owners with their caste names appended. (Even this practice is not acceptable). But, point to be noted is that these names do not signify the superiority of their castes over others. Still the custom of revealing one’s identity as Brahmin continues derogatorily branding the rest of the toiling section viz. Sudras. It is the Self Respect of non-Brahmins who are inequally graded lower to Brahmins with social insult infused on them historically with the sanction of religious dogmas.

Mere widespread agitation was sufficient in USA to change automatically the logos and brand names of many consumer products that degraded Black people. But in this ’holy’ land, even continuous agitations expressing opposition to the historical insult caused on to Sudras are not fully realized by the historical oppressors viz. Brahmins. The mindset of Brahmins has not changed genuinely. The usage of the word, ‘Negros’ has been dropped fully in USA, whereas the implied identity as Sudras is still upheld by the express identity as Brahmins.

With all said and done, like ‘Black Lives Matter’, it could be apt and appealing that ‘Self-Respect Lives Matter’! 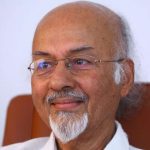 E.V.Ramasamy developed a whole philosophy on Ramayana being a vehicle for northern cultural domination. That notion is unlikely to change as long as Ayodhya is central to the Rama story. And, don’t forget, Ravana is seen as a southerner and as a hero. 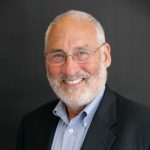 Covid – 19 will continue to drive large changes in consumption and production patterns which in turn will bring about a broader structural transformation…..(and initiatives to be done by the States) well directed public spending, particularly investments in the green transition, can be timely, labour intensive (helping to resolve the problem of soaring unemployment) and highly stimulative – delivering far more bang for the buck than, say tax cut.

States are being set up for failures. This is the true picture of the BJP’s Co-operative federalism 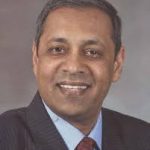 ‘I can’t breathe’ – The mumbled words and death have reverberated across the globe as metaphor for police brutality and racial discrimination.