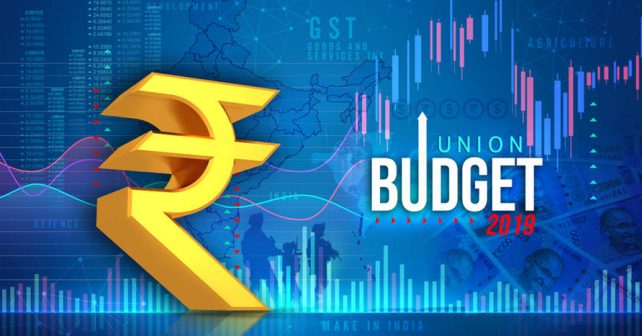 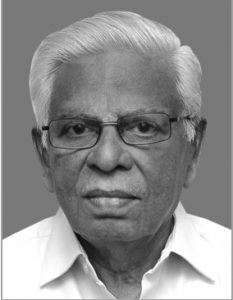 Article 126 of the Indian Constitution requires the President of India to  cause the presentation  of an annual receipts and  payments  account  before the Parliament with proposal for vote on account for any drawings from the Consolidated Fund of India.  The budget presented  by Tmt. Nirmala Sitharaman, the second woman Finance Minister after Smt. Indira Gandhi  and the third Finance Minister  from Tamil Nadu after Thiru. R.K. Shanmugam Chetty and Thiru. P. Chidambaram  has made a very impressive  presentation of her budget proposals in the Parliament  on 5th July, 2019.

The budget  is  not limited merely to  accounts as it reports on the current economic situation accompanied by a Finance Bill with marginal amendments as   regards  exemptions and rate of tax relating to income-tax with  concessions  littered over the  statute. This pattern is followed in this budget, but without any significant proposal  for the development of the economy.  What is regrettable is that the long-term  objectives are totally overlooked.  Some of the matters on which one would have expected  a reform and  if not a reform, at least a statement of  policy for future action  by the Government.

While there is repeated expression of concern   for the poor, there has been no significant  proposal for their benefit.  There is no reference to the Food Security Bill, which was introduced by the previous Congress Government, which  has now been  forgotten by the Congress party itself.  The damage that is being  caused by tobacco and liquor  does not appear  to have been even noticed  apparently blinded by the revenue derived from the abominable    practice,  which makes the maximum  damage to the poor.

The long term objective of resolving the permanent  problem of periodical water shortage by linking of rivers has not received notice, though  there has been even a full-fledged  proposal for linking South Indian rivers and formation of a National Water Grid with a long term proposal  of linking all national rivers on the lines of linking of Rhine and Rhone  in Germany or the rivers under the Tennessee Valley Authority  in US.  Desilting is  badly in arrears.  Evaporation  loss which can be prevented by use of technology  has not received attention.  Storage of water in tank is yet to be enforced.  Pesticide and chemical contamination  of ground water  continue to cause damage.  It is unfortunate even this major  problem has received scant  attention except for a casual  reference to desalination.

Power generation with the National Power Grid with great potential for solar power  for which India now has  adequate technology is yet to take its first step.

Protection for senior citizens  and disabled, a long term objective, does not find even a reference in the budget proposals.

There is no proposal for expected liberalisation of economy with serious complaint in vogue against  the  regulators like Security Exchange Board of India (SEBI)  and stock exchanges etc. of abuse  of their powers do not also find even a mention.

Urgency of tax reform is probably  a matter left to the new Code on the anvil.  Late N.A. Palkivala, had said   that “our  laws are   bad enough, but it is worse administered”. Corruption is  not tackled at all, while much is made of  marching  orders of some tax officers with questions  immediately raised  by Thiru. S. Gurumurthy as regards the bona fides in the choice of  persons chosen for exit.

There is no reference to the  alarming forecast of our environmental scientists  now requiring urgent space research and safeguards to prevent calamities  in future  also do not find a mention, much less any suggested attempt for a solution.

Current discussion on Genetically Modified (GM) Foods  which has great potential, if only one gets over the superstitious  stories of land getting spoiled permanently is a matter  on which there is  no reference either way.  Genetic change is  a natural process like evolution of monkey to man  and with Salem mangoes and “appose mangoes” from Bombay being examples of naturally modified genetic crops resulting  in significant improvement of quality and quantity. Genetic research is on-going  in France and even in countries like Hong Kong and Ivory Coast in Africa. Business Times  of Singapore reports  from a website  World Wide Carbon Credits (WWCC) that one tonne  of algae produced absorb five tonnes  of carbon dioxide, so that it stands  as a block buster of an environmental  friendly discovery indicating   enormous  scope of possible  benefits of genetic research. There is not a word in this budget apparently in deference to the  existing superstition to genetic research consistent with the generally superstitious approach in all matters  as in our  tall claims of existence  of air transport,  plastic surgery and atomic  science from Vedic times.

It is true that  there is something  in favour of  natural farming as was propagated by Late Nammalvar, but only can hardly ignore the massive genetic change which research can confer on significant growth of agriculture.  Mere waiver of agricultural debts or pension schemes for the poorer agriculturists is hardly a solution without significant increase in productivity.

Digital revolution accompanied by vast  development of technology is yet to be applied either for all matters including Government  administration and  for propagating them by harnessing them to all our activities.

One is sad that the beautiful speech by our colourful Finance Minister  has no contents indicating application of mind to any of the outstanding problems especially those  requiring long term solutions.  There is much self-praise on women’s empowerment. But this again is a tall claim. Even the Tamil Nadu Government is able to bring about reservations for women in local Government. But  reservations in the Parliament is a long standing goal yet to be realised. There is yet a long, long way to go even  in this matter.

There is, however, self-satisfaction on the part of our Finance Minister that GDP has risen to 7%.   Fiscal deficit  said to be curtailed and there is satisfaction that  food production is adequate.  All these  claims are poorly supported  by proper statistics. Deficit is expected to be made good by sale of the public sector undertakings, a solution reminiscent of our failing businessmen liquidating his assets to avoid insolvency.  It is not the  time to be self-satisfied, but  to be seriously concerned with what is required to be done and could be done,  but failed to be done.  What  is more, there is  hardly any realization of the need for action, while on the contrary, there is smug  self-satisfaction!