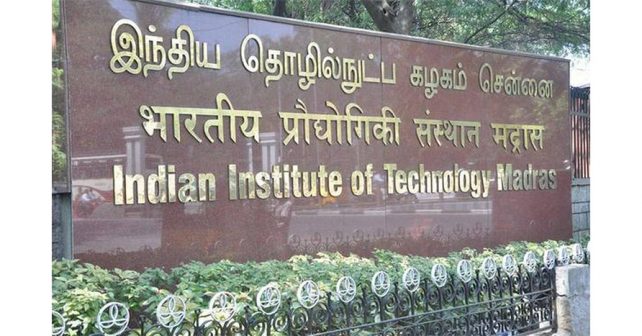 The Indian Constitution came into effect from 26th January 1950 and its Article 16(4) has guaranteed the reservation in employment.

Nothing in this article shall prevent the State from making any provision for the reservation of appointments or posts in favour of any backward class of citizens which in the opinion of the State is not adequately represented in the services under the State.

The constitutional provision had to be translated into executive orders for implementation for the due representation of the inadequately represented in the State services. Institutions of higher learning like Indian Institute of Technology (IITs) under the control of the Union government are not adequately represented in the Faculty posts by the backward class of citizens. Reservation in educational admission was legislated by the Parliament only in 2006 and it has to see the full light in the implementation as specified.

In respect of reservation in IIT Faculty recruitment, the Centre has enacted Central Educational Institutions (Reservation in Teachers’ Cadre) Act 2019. Even after the lapse of seven decades to implement reservation in IITs that too after due enactment, instead of issuing the executive orders for its enforcement, the BJP led Central government ministry has constituted only a committee in April 2020 to suggest ways for reservation in teachers’ recruitment in IITs. After BJP assumed the ruling at Centre it has started to weaken the dispensation of social justice at large by putting hurdles and distorting the means of providing reservation both in education and employment. The Committee has presented the report to the ministry in June 2020. As expected, the Committee recommended in many ways alternatively so that implementing reservation in teachers’ posts get either diluted or exempted with.

The Committee has suggested that IITs are to be included in the list of Institutes of Excellence (IoE) that are exempted from reservation policies under the Central Acts that stipulate reservation both of admission in education and deployment in employment.

Besides, it has suggested that if granting of full exemption from reservation is not possible, the implementation of reservation policies be restricted just to Assistant Professor Grade I and Grade II and not the levels above.

The suggestions made by the Committee were not revealed by the Ministry publicly and they came to public domain as a reply to Right to Information request made by an individual. The lack of Constitutional commitment of the BJP rule behind bringing the Central Act 2019 for the reservation in teachers’ recruitment is exposed now. It is pertinent to question whether the terms of reference in the constitution of the committee was on how to implement reservation or not to implement reservation?

Had the ruling BJP really meant the purpose of the Central Act 2019 the Ministry should have rejected the recommendations of the Committee altogether openly. Even now the Central ministry can issue an Office Memorandum on the mode of implementing reservation in Faculty posts in IITs. If not, the dubious motive of BJP on legislating the Central Act 2019 would be known to all especially the Scheduled Caste, the Scheduled Tribes and the Other Backward Class citizens of the country.

If the Constitutional guarantee is buried the days are not far off to oust the anti – reservation and social hegemonic forces.