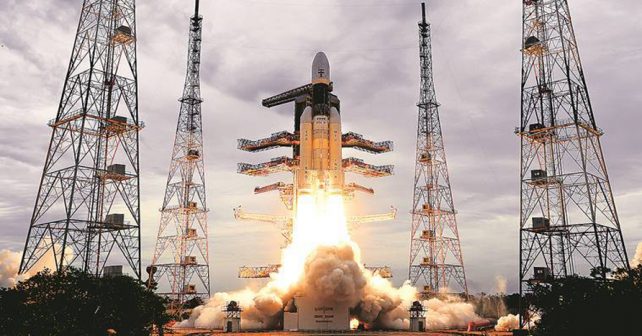 India’s second moon mission was a moment of great pride for the entire nation. The successful launch of the Indian Space Research Organisation’s Chandrayaan-2 mission was not only a great inspiration to India’s scientific community, it was a special booster for India’s women scientists.

What made this mission perhaps unique is that for the first time in Isro’s history, key leadership positions were held by women scientists. Besides, 30 per cent of the members working on the Chandrayaan-2 mission are also women. 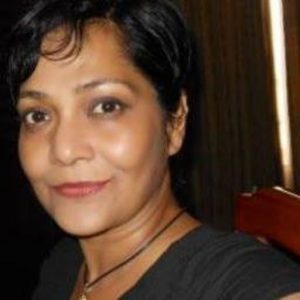 Enough has already been written on the subject but it is worth reminding ourselves of the moon mission’s broad objective. This is to better comprehend the expected distribution of water, ice and other compounds preserved near the lunar poles, and also the structure of the moon’s interior. Experts say this will eventually help future astronauts better map potential sources of water, which is something which interests everyone.

“Efforts such as Chandrayaan-2 will further encourage our bright youngsters towards science, top quality research and innovation. Thanks to Chandrayaan, India’s lunar programme will get a substantial boost. Our existing knowledge of the moon will be significantly enhanced,” said Prime Minister Narendra Modi. 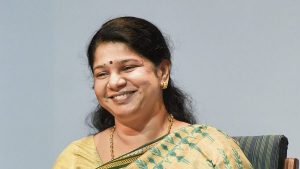 Unfortunately, my ancestors are not rishis. My ancestors are homo sapiens, as science says, and my parents are shudras. They were not even born of any god, or part of any god. They were born outside and I am here and many people from my State are here because of the social justice movement and the human rights which we fought for till today and we will continue doing that.

All this is great news and hugely uplifting. The spirit soars.

Now comes the tricky part — the question that has begun to bother many of us. How does one reconcile all this with the continuous drip-drip of unscientific and irrational statements by public figures, including those from the ruling BJP?

BJP MP Satyapal Singh instantly comes to mind. Mr Singh, who has been minister of state for human resources development responsible for higher education, was recently in the news for attempting to debunk Charles Darwin’s theory of evolution.

During a discussion in the Lok Sabha on the Protection of Human Rights (Amendment) Bill 2019, Mr Singh, who was earlier Mumbai’s police commissioner, trashed Darwin’s theory of evolution and offered his own. In his view, human rights is a Western idea, not particularly suitable for this country, and that ancient Indian culture is the benchmark of all wisdom.

Of course, as everyone knows, Mr Singh and Darwin go a long way. When he was HRD minister of state in 2018, he had proposed that the theory of evolution must be changed in the school and college curriculum.

“Darwin’s theory (of evolution of humans) is scientifically wrong. It needs to change in school and college curriculum. Since man is seen on earth, he has always been a man,” he had told the media.

Elaborating further, Mr Singh had noted memorably that: “Nobody, including our ancestors, in written or oral, have said they saw an ape turning into a man.” (sic)

This time round, however, Mr Singh’s statements did not go unchallenged in Parliament.

“Unfortunately, my ancestors are not rishis. My ancestors are homo sapiens, as science says, and my parents are shudras. They were not even born of any god, or part of any god. They were born outside and I am here and many people from my State are here because of the social justice movement and the human rights which we fought for till today and we will continue doing that, ” DMK MP Kanimozhi hit back scathingly, as did several Trinamul Congress MPs.

All this would be wildly entertaining if it was not simultaneously also creating an alternative universe made of so-called ancient wisdom and diverting attention from more troubling questions about the more turbulent present that we have to deal with.

Mr Singh is not an uneducated man. His public bio-sketch describes him as a post-graduate in Chemistry, an MBA, a MA in Public Administration and a Ph.D. Wikipedia says that before joining the Indian Police Service, Mr Singh had wanted to become a scientist.

What are we to make of such statements coming from a man who wanted to be a scientist, who was a minister, and who now slots human rights as just a foreign concept, and says that Darwin can be junked in favour of sages in ancient India.

More significantly, where does one go from here?

Science is crucial for policymaking. If India wants to lead the world in science, it has to proactively encourage the development of a scientific temper among ordinary citizens of India.

To do that, curiosity and a spirit of critical inquiry are imperative. In short, people need to question assumptions.

Mr Singh is in the news, but he is by no means the only one who has been in the public eye for statements which junk current science in favour of ancient wisdom and often what is best described as everyday obscurantism.

An education minister in Rajasthan had once said that it was important to “understand the scientific significance” of the cow, as it was the only animal in the world to both inhale and exhale oxygen.

Prime Minister Narendra Modi had once told a group of doctors at a Mumbai hospital that the story of the Hindu god Ganesha showed that cosmetic surgery existed in ancient India.

And then we have the BJP MP from Bhopal, Pragya Singh Thakur, who sent shivers down the spine of many doctors by her claims that she had cured a serious disease like breast cancer with gaumutra (cow urine).

One of the objectives of our Constitution is to make the scientific temper the basis of all social interaction. This is spelt out in Article 51A, which is part of the Directive Principles of State Policy: “It shall be the duty of every citizen of India to develop a scientific temper, humanism and the spirit of inquiry and reform.”

Scientific temper refers to a way of looking and processing information that is supported by a rational process of fact-based reasoning.

As we raise a toast to India’s moon mission and other scientific glories, this is the question to ponder: How do we develop a scientific spirit among young Indians if they can’t question, and if ancient India’s sages are held up as the ultimate in wisdom in 2019?