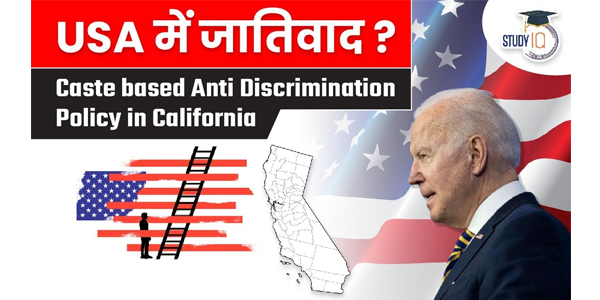 The worst social malady in India is the prevalence of caste system and the resultant hierarchical discrimination, division and denial based on the birth of its subjects. Even after passing 75 years of independence, the core of the malady continues. The expressive discrimination, division and denial by the privileged lobby in the ruling dispensation has taken different ‘avatars’ to protect the core in their favour and advantage to continue for ever. In the process, the historically privileged still remain as dominant and deciding force of the ruling authority. The forms of deprivation vary. The main content prolongs. The fabrication of progressive path, interpretation of Constitutional provisions to the advantage of the privileged are defeating the very noble thoughts of the founding fathers of our country.

In the course of 75 years of independence in India, many deprived sections utilising the promised opportunities of the Constitution had got educated, came up in ladder and few of them have been migrating to foreign countries, more so to the US. The privileged sections who had already migrated there assumed vital positions in the decision making bodies of institutions / corporates. The gap between the migrated privileged and the deprived from India has taken different shapes in the land where no discrimination but a diluted form of it viz. segregation of the subjects in the working environments continues.

Caste discrimination to Caste bias
Caste discrimination is outlawed in India since the Constitution of India came into force. But caste bias in public domain as well as in the employment environment prevails, which can’t be denied outright. The same trend started to prevail in the US also. Discrimination has followed those migrated population from India to US. Caste cues, including their last names, hometowns, diet or religious practices had led to colleagues bypassing them in training, promotions and social activities.

For the tech sector of US India is the top source of skilled foreign workers. In June 2020, the California’s employment regulator sued CISCO system on behalf of a deprived caste engineer, who accused two privileged caste bosses of blocking his career. The tech – institution denied the allegation by ordering an internal probe, which found no evidence of discrimination. CISCO defended its position since caste is not a legally “protected class” in California. But on appeal by the aggrieved, the bid to push the case to private arbitration was rejected. It means a public court case could come at the earliest. This first US employment law suit filed against the alleged casteism has forced the Big Tech to confront a millennia-old hierarchy. Several activists and employee groups have demanded an updated US discrimination legislation.

Another tech, Apple confirmed that it updated language a couple of years ago to reinforce that it prohibits discrimination or harassment based on caste. Further, Apple says that training provided to staff also explicitly mentions ‘caste’. IBM has also added caste, which was already in India-specific policies to its global discrimination rules. IBM confirmed only training that mentions caste is for managers in India.

Several companies like Amazon, Dell, Facebook, Microsoft and Google do not specifically refer caste in their main global policy. It has been stated by them that they have zero tolerance for caste prejudice. Further, it is said that such bias would fall under existing bars on discrimination by categories such as ancestry and national origin.

Varied demands by US workforce
The Alphabet Workers Union (AWU) at Google’s present company says explicit mention of caste in corporate rules would open the door to companies investing in areas such as data collection and training at the same levels as they do protect other groups.
This statement says that the caste bias is deep rooted in the minds of the workforce even after their migration from India. “Significant caste discrimination exists in the USA,” says a Google software engineer who is a member of the AMU and advocate for the deprived caste colleagues.

Over 1,600 Google workers demanded the addition of caste to the main workplace code of conduct worldwide in a petition to their CEO Sundar Pitchai periodically and with no response Google reiterated that caste discrimination fell under national origin, ancestry and ethnic discrimination.

Caste is explicitly written into Dell’s Global Social Media Policy. Amazon and Dell confirmed they had also begun mentioning caste in anti-bias presentations for at least new hires outside India.

Dell said it made the change after the CISCO law suit was filed.

At Dhillon Law Group in San Francisco, a leading employment attorney said that including caste in training and guidelines amounted to “giving lip service” to the issue because their legal force is questionable. Referencing caste would likely invite an increased number of HR complaints alleging it as a bias. “Whenever you are going to call out something specifically, you are exponentially increasing your case load.” Apple declined to say whether any complaints had been brought under its caste provision.
All these statements both with authenticity and authority state that ill effects of caste identity have started to loom in USA. With the existing legislation and rules, hide and seek game can’t be played between the employees and the employers.

A thorough application into the caste malady, which India has been suffering by the legal authority, based on the specific direction of the ruling authority in US is the need of the hour. Without any loopholes to creep into the law of the land has to pass legislation . It is really a challenge to the present rulers of US who have been supported by the significant migrated population from India, who had settled either temporarily, permanently or acquired their US citizenship.