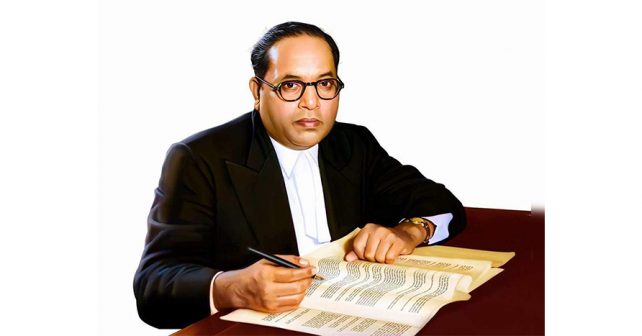 (Continuing from the previous issue)

The eulogy in honour of girl marriage is reported by Dr. Ketkar to be as follows: “A really faithful man or woman ought not to feel affection for a woman or a man other than the one with whom he or she is united. Such purity is compulsory not only after marriage, but even before marriage, for that is the only correct ideal of chastity. No maiden could be considered pure if she feels love for a man other than the one to whom she might be married. As she does not know to whom she is going to be married, she must not feel affection for any man at all before marriage. If she does so, it is a sin. So it is better for a girl to know whom she has to love before any sexual consciousness has been awakened in her.” Hence girl marriage.

This high-flown and ingenious sophistry indicates why these institutions were honoured, but does not tell us why they were practised. My own interpretation is that they were honoured because they were practised. Any one slightly acquainted with rise of individualism in the 18th century will appreciate my remark. At all times, it is the movement that is most important; and the philosophies grow around it long afterwards to justify it and give it a moral support. In like manner I urge that the very fact that these customs were so highly eulogized proves that they needed eulogy for their prevalence. Regarding the question as to why they arose, I submit that they were needed to create the structure of caste and the philosophies in honour of them were intended to popularize them, or to gild the pill, as we might say, for they must have been so abominable and shocking to the moral sense of the unsophisticated that they needed a great deal of sweetening. These customs are essentially of the nature of means, though they are represented as ideals. But this should not blind us from understanding the results that flow from them. One might safely say that idealization of means is necessary and in this particular case was perhaps motivated to endow them with greater efficacy. Calling a means an end does no harm, except that it disguises its real character; but it does not deprive it of its real nature, that of a means. You may pass a law that all cats are dogs, just as you can call a means an end. But you can no more change the nature of means thereby than you can turn cats into dogs; consequently I am justified in holding that, whether regarded as ends or as means, Sati, enforced widowhood and girl marriage are customs that were primarily intended to solve the problem of the surplus man and surplus woman in a caste and to maintain its endogamy. Strict endogamy could not be preserved without these customs, while caste without endogamy is a fake.

Having explained the mechanism of the creation and preservation of Caste in India, the further question as to its genesis naturally arises. The question or origin is always an annoying question and in the study of Caste it is sadly neglected; some have connived at it, while others have dodged it. Some are puzzled as to whether there could be such a thing as the origin of caste and suggest that “if we cannot control our fondness for the word ‘origin’, we should better use the plural form, viz. ‘origins of caste’ ”. As for myself I do not feel puzzled by the Origin of Caste in India for, as I have established before, endogamy is the only characteristic of Caste and when I say Origin of Caste I mean The Origin of the Mechanism for Endogamy.

The atomistic conception of individuals in a Society so greatly popularised— I was about to say vulgarized—in political orations is the greatest humbug. To say that individuals make up society is trivial; society is always composed of classes. It may be an exaggeration to assert the theory of class-conflict, but the existence of definite classes in a society is a fact. Their basis may differ. They may be economic or intellectual or social, but an individual in a society is always a member of a class. This is a universal fact and early Hindu society could not have been an exception to this rule, and, as a matter of fact, we know it was not. If we bear this generalization in mind, our study of the genesis of caste would be very much facilitated, for we have only to determine what was the class that first made itself into a caste, for class and caste, so to say, are next door neighbours, and it is only a span that separates the two. A Caste is an Enclosed Class.

The study of the origin of caste must furnish us with an answer to the question—what is the class that raised this “enclosure” around itself? The question may seem too inquisitorial, but it is pertinent, and an answer to this will serve us to elucidate the mystery of the growth and development of castes all over India. Unfortunately a direct answer to this question is not within my power. I can answer it only indirectly. I said just above that the customs in question were current in the Hindu society. To be true to facts it is necessary to qualify the statement, as it connotes universality of their prevalence. These customs in all their strictness are obtainable only in one caste, namely the Brahmins, who occupy the highest place in the social hierarchy of the Hindu society; and as their prevalence in non-Brahmin castes is derivative of their observance is neither strict nor complete. This important fact can serve as a basis of an important observation. If the prevalence of these customs in the non-Brahmin Castes is derivative, as can be shown very easily, then it needs no argument to prove what class is the father of the institution of caste. Why the Brahmin class should have enclosed itself into a caste is a different question, which may be left as an employment for another occasion. But the strict observance of these customs and the social superiority arrogated by the priestly class in all ancient civilizations are sufficient to prove that they were the originators of this “unnatural institution” founded and maintained through these unnatural means.

I now come to the third part of my paper regarding the question of the growth and spread of the caste system all over India. The question I have to answer is: How did the institution of caste spread among the rest of the non-Brahmin population of the country? The question of the spread of the castes all over India has suffered a worse fate than the question of genesis. And the main cause, as it seems to me, is that the two questions of spread and of origin are not separated. This is because of the common belief among scholars that the caste system has either been imposed upon the docile population of India by a law-giver as a divine dispensation, or that it has grown according to some law of social growth peculiar to the Indian people.