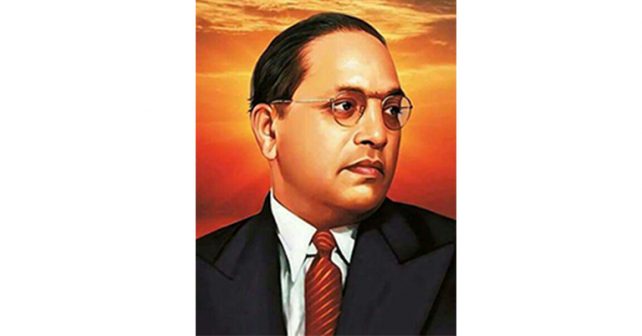 (Continuing from the previous issue)
We shall be well advised to recall at the outset that the Hindu society, in common with other societies, was composed of classes and the earliest known are the (1) Brahmins or the priestly class; (2) the Kshatriya, or the military class; (3) the Vaishya, or the merchant class and (4) the Shudra, or the artisan and menial class. Particular attention has to be paid to the fact that this was essentially a class system, in which individuals, when qualified, could change their class, and therefore classes did change their personnel. At some time in the history of the Hindus, the priestly class socially detached itself from the rest of the body of people and through a closed-door policy became a caste by itself. The other classes being subject to the law of social division of labour underwent differentiation, some into large, others into very minute groups. The Vaishya and Shudra classes were the original inchoate plasm, which formed the sources of the numerous castes of today. As the military occupation does not very easily lend itself to very minute subdivision, the Kshatriya class could have differentiated into soldiers and administrators.

This subdivision of society is quite natural. But the unnatural thing about these subdivisions is that they have lost the open-door character of the class system and have become self-enclosed units called castes. The question is: were they compelled to close their doors and become endogamous, or did they close them of their own accord? I submit that there is a double line of answer: Some closed the door: Others found it closed against them. The one is a psychological interpretation and the other is mechanistic, but they are complementary and both are necessary to explain the phenomena of caste-formation in its entirety.

Those castes that are nearest to the Brahmins have imitated all the three customs and insist on the strict observance thereof. Those that are less near have imitated enforced widowhood and girl marriage; others, a little further off, have only girl marriage and those furthest off have imitated only the belief in the caste principle. This imperfect imitation, I dare say, is due partly to what Tarde calls “distance” and partly to the barbarous character of these customs.

I will first take up psychological interpretation. The question we have to answer in this connection is: Why did these subdivisions or classes, if you please, industrial, religious or otherwise, become self-enclosed or endogamous? My answer is because the Brahmins were so. Endogamy or the closed-door system, was a fashion in the Hindu society, and as it had originated from the Brahmin caste it was whole-heartedly imitated by all the non-Brahmin subdivisions or classes, who, in their turn, became endogamous castes. It is “the infection of imitation” that caught all these subdivisions on their onward march of differentiation and has turned them into castes. The propensity to imitate is a deep seated one in the human mind and need not be deemed an inadequate explanation for the formation of the various castes in India. It is so deep-seated that Walter Bagehot argues that “We must not think of . . . imitation as voluntary, or even conscious. On the contrary it has its seat mainly in very obscure parts of the mind, whose notions, so far from being consciously produced, are hardly felt to exist; so far from being conceived beforehand, are not even felt at the time. The main seat of the imitative part of our nature is our belief, and the causes predisposing us to believe this or disinclining us to believe that are among the obscurest parts of our nature. But as to the imitative nature of credulity there can be no doubt.” This propensity to imitate has been made the subject of a scientific study by Gabriel Tarde, who lays down three laws of imitation. One of his three laws is that imitation flows from the higher to the lower or, to quote his own words, “Given the opportunity, a nobility will always and everywhere imitate its leaders, its kings or sovereigns, and the people likewise, given the opportunity, its nobility.” Another of Tarde’s laws of imitation is: that the extent or intensity of imitation varies inversely in proportion to distance, or in his own words “The thing that is most imitated is the most superior one of those that are nearest. In fact, the influence of the model’s example is efficacious inversely to its distance as well as directly to its superiority. Distance is understood here in its sociological meaning.

Indian Constitution has provided the right to freedom to profess any religion of our choice. Accordingly, everyone has got freedom to adhere to the same religious practices earlier to the days of his or her awareness about the religion. After acquiring knowledge and outlook one has the right to adhere, not-adhere or convert to another religion of their choice and preference. When a person individually or collectively prefers to shed down his identity of a particular religion embrace another religion, the Constitution of the country permits it; in fact protects it.
Dr.B.R.Ambedkar embraced Buddhism along with lakhs of his followers by openly declaring that he would not die as a Hindu. The mass embracement to Buddhism took place in Nagpur in 1956 and the venue is considered respectable.
Recently, a mass conversion took place in Delhi wherein an Aam Aadmi Party (AAP) Minister of Delhi Government was present. The issue of the Minister’s participation in the event was precipitated by Saffron outfits as ‘anti – Hindu activity on the part of the Minister. Unable to counter the propaganda at a time when the election to Gujarat State Assembly is nearer, the Minister resigned the post.
In another incident in Rajasthan 12 members of a Dalit family converted themselves to Buddhism, unable to bear the atrocities of the upper castes. This was followed by assault on the family. It is reported that the police refused to register the complaint against the assaulter. The major ‘offence’, committed by the family as alleged by the upper castes was that the family took the 22 vows of Dr.B.R.Ambedkar for embracing Buddhism.
Can the citizens of our country be denied the constitutional rights provided with?
The Saffron outfits who celebrate Ambedkar Jayanthi, act against the people who followed the footprints of Ambedkar and embraced Buddhism. Should the oppressed lead a life of indignity forever?

However distant in space a stranger may be, he is close by, from this point of view, if we have numerous and daily relations with him and if we have every facility to satisfy our desire to imitate him. This law of the imitation of the nearest, of the least distant, explains the gradual and consecutive character of the spread of an example that has been set by the higher social ranks.”

To prove my thesis—which really needs no proof—that some castes were formed by imitation, the best way, it seems to me, is to find out whether or not the vital conditions for the formation of castes by imitation exist in the Hindu Society. The conditions for imitation, according to this standard authority are: (1) that the source of imitation must enjoy prestige in the group and (2) that there must be “numerous and daily relations” among members of a group. That these conditions were present in India there is little reason to doubt. The Brahmin is a semi-god and very nearly a demi-god. He sets up a mode and moulds the rest. His prestige is unquestionable and is the fountainhead of bliss and good. Can such a being, idolised by scriptures and venerated by the priest-ridden multitude, fail to project his personality on the suppliant humanity? Why, if the story be true, he is believed to be the very end of creation. Such a creature is worthy of more than mere imitation, but at least of imitation; and if he lives in an endogamous enclosure, should not the rest follow his example? Frail humanity! Be it embodied in a grave philosopher or a frivolous housemaid, it succumbs. It cannot be otherwise. Imitation is easy and invention is difficult.

Yet another way of demonstrating the play of imitation in the formation of castes is to understand the attitude of non-Brahmin classes towards those customs which supported the structure of caste in its nascent days until, in the course of history, it became embedded in the Hindu mind and hangs there to this day without any support—for now it needs no prop but belief—like a weed on the surface of a pond. In a way, but only in a way, the status of a caste in the Hindu Society varies directly with the extent of the observance of the customs of Sati, enforced widowhood, and girl marriage. But observance of these customs varies directly with the distance (I am using the word in the Tardian sense) that separates the caste. Those castes that are nearest to the Brahmins have imitated all the three customs and insist on the strict observance thereof. Those that are less near have imitated enforced widowhood and girl marriage; others, a little further off, have only girl marriage and those furthest off have imitated only the belief in the caste principle. This imperfect imitation, I dare say, is due partly to what Tarde calls “distance” and partly to the barbarous character of these customs. This phenomenon is a complete illustration of Tarde’s law and leaves no doubt that the whole process of caste-formation in India is a process of imitation of the higher by the lower. At this juncture I will turn back to support a former conclusion of mine, which might have appeared to you as too sudden or unsupported. I said that the Brahmin class first raised the structure of caste by the help of those three customs in question. My reason for that conclusion was that their existence in other classes was derivative. After what I have said regarding the role of imitation in the spread of these customs among the non-Brahmin castes, as means or as ideals, though the imitators have not been aware of it, they exist among them as derivatives; and, if they are derived, there must have been prevalent one original caste that was high enough to have served as a pattern for the rest. But in a theocratic society, who could be the pattern but the servant of God?

To be continued in the next issue….