Census-2021 Need to have Castewise Census 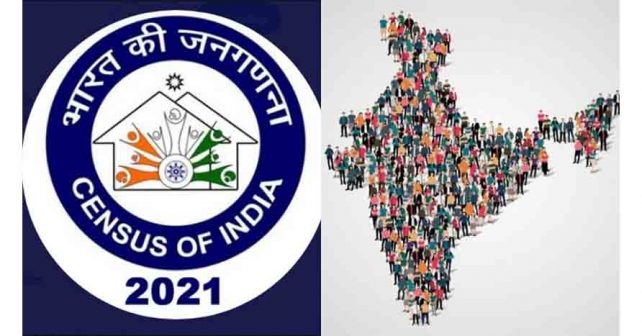 Just because of the ruling of the court on the one side and the scheming tactics of the Union Government, the Other Backward Classes are caught in ‘CATCH-22’ situation. They are the miserable lot, silently suffering the dishonour and hardships. They are denied due representation and participation in the governance and execution of the State.

‘The Union Home Minister discussed the road map for undertaking the Census in 2021 and it was emphasised that improvements in design and technological interventions be made so as to ensure that the Census data is finalized within 3 years after conducting Census. … It is also envisaged to collect data on OBC (Other Backward Classes) for the first time. Use of maps/geo reference at the time of house listing is also under consideration’.

Recently, responding to a question on the Karnataka State government not releasing the caste census report, Hon’ble Minister of State for Social Justice and Empowerment Respectful Ramdas Athawale said that “a caste census is required across the country and doing it in just one State won’t help.” (The Economic Times 12.7.2021).

In response to the question raised by Hon’ble Member of Parliament Thiru. T.R.Baalu, Leader of DMK Parliamentary Party (Unstarred Question No.356, dt: 20.7.2021), Union Minister of State for Home Respectful Nityanand Rai has given written reply as under:

“The State governments of Maharashtra and Odisha have requested to collect caste details in the forthcoming census. The Government of India has decided as a matter of policy not to enumerate castewise population other than the SCs and the STs in census”.

The Statement of Hon’ble Minister is in line with the letter sent by Registrar General of India (RGI) and Census Commissioner (CC) to Government of Maharashtra on their request to conduct castewise Census.

In his reply letter dt. 17.2.2020 addressed to Maharashtra State Government, the RGI & CC have stated that “in case a question on OBCs is canvassed, it will return names of hundreds and thousands of castes, and sub-castes as the people use their clan/gotra, sub-caste and caste names interchangeably. The phonetic similarities in name of the castes often lead to misclassification”.

Even in 1941, it was done but not tabulated for want of funds due to the then-ongoing World War. In none of these Censuses, then Commissioners or officials put forth this argument. In fact, they conducted the exercise seriously as it was one of the important characteristics of Indian society and any census of the population of India without its caste profile would be incomplete. Even after eighty years in the absence of current caste data, the Governments and data users, again and again, have to go back to the 1931 Census report for caste data.

It will only be an excuse that multiplicity of caste and sub-caste names would make a scientific collection of data impossible when the Government is fully equipped and moving forward towards a ‘digital India’.

Post-independence, the Census Department has been collecting SC-ST data, though not all caste data, and there have been no reported experiences of their numbers being inflated or their population count being distorted. This further proves the apprehension of the ORGI to be unfounded.

Hon’ble Union Home Minister Respectful Amit Shah, after laying the foundation stone of a new building of the Registrar General of India and Census Commissioner in New Delhi said that “Census data will be collected through a mobile App. This is for the first time that the mobile App will be used for the census exercise. India will be moving from the pen and paper census to digital data, which will be a big revolution in the country’s census exercise,”.

In the absence of reliable data with the Governments at present, the legality of the legislation passed by the Government both at the Centre and the States on the reservation policies for the OBCs, SCs, STs is repeatedly questioned by the Hon’ble Courts. This has become more relevant now when petitions are made for identifying the creamy layer among all the reserved categories including SCs/STs and to remove them from the purview of reservation, sub-categorisation within reserved groups and reservation for the economically weaker sections among upper castes.

All these arguments can be well answered only through a valid database that can be done only through the enumeration of a castewise census.

In addition to the Maharashtra State Assembly, both Bihar and Odisha State Assemblies have also adopted similar resolutions urging the Union Government to undertake caste-wise Census of OBCs.