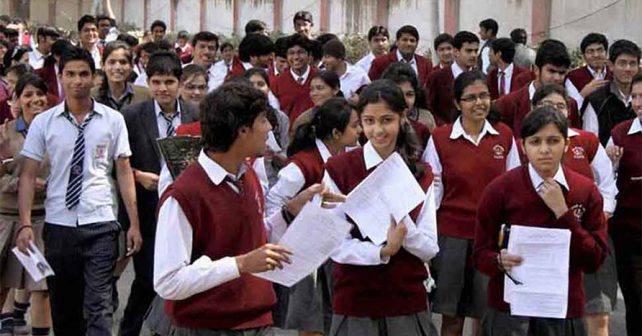 On 11th December, 2021 the first term English language exam was held all over the country by the Central Board of Secondary Education (CBSE) for students of X standard. The question paper had a comprehension passage followed by questions to be answered by the students. Since the entire passage and the questions are misogynistic, they have led to an uproar among parents, teachers and academicians.

The controversial passage says a woman can gain obedience from the young only by accepting the influence of her husband and that the lack of parental authority at home causes today’s teenagers living in a world of their own. It also adds that the authority of parents over their children is destroyed by the emancipation of women.

The passage is followed by questions implying – “Who is responsible for the misconduct of children?”; “How should children and servants at home behave themselves?” etc; Besides promoting slavery of women, the content advocates their blind obedience to men. Opposition parties have raised voice against this, expressing strong objection. Their voice of protest has reverberated in the Parliament too.

Congress leader Sonia Gandhi raised this issue in the Lok Sabha and demanded an apology from the Union Government headed by the Prime Minister Narendra Modi. National Commission for Women functioning in Delhi has written to the CBSE management seeking explanation for this reactionary content in the question paper. Social activists, Educationists wonder whether we are regressing to the olden days of male authority and female submission. Academicians infer that the writer of the content concerned insists on obedience from children and servants, as an unwritten law.

As per reports received, the CBSE management has conveyed regret and assured award of full marks to the students, even if they and not attempted to answer those embarrassing questions. It is not sufficient to award marks to the students who had answered for the disputed question. The team of teachers or academicians who had set the question has to be called for and disciplinary action has to be initiated for their deeds of framing a question that is misogynistic in entirety. Contaminating the minds of young students with such toxic irrational contents under the guise of education is also social injustice. Let it be prevented in future.