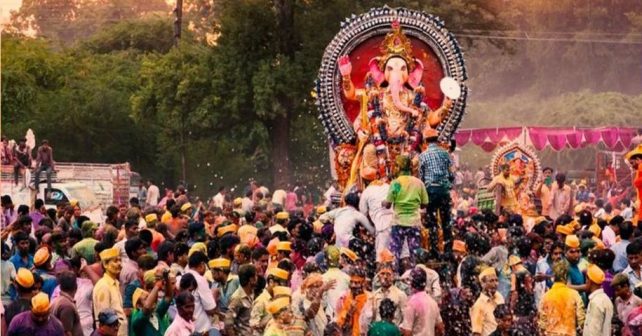 Heightened Religiosity
“India is a religious country’, says Rukmini. S. bluntly in her recent book ‘Whole Numbers and Half Truth’ ’pointing out that 84 per cent of Indians say that religion is important in their lives and 97 per cent of them believe in god. Eight in ten have altar, image of god etc at home and do pray daily. They also bring up their children with religious faith. As to the religious practice among the youth it shows that while 78 per cent of them pray regularly, 68 per cent go to places of worship frequently. It is therefore no wonder that in April this year, for a period of twelve days in the temple city of Madurai more than ten lakh people gave up their reason and immersed in religious activities, chasing the gods as they were carried around the city in palanquins or a decorated temple – car. Two persons lost their lives in a stampede near the Vaigai river during the festival. Villages and towns in Tamil Nadu observe week long festivals in summer at local temples with great fanfare. Devotees either in fulfillment of vow or to obtain special favour, walk on fire, carry on their hands hot clay pots filled with burning incense, pierce their skin with sharp hooks or indulge in other bizarre modes of worship.

Apart from seeking the magical intervention of gods to solve their personal problems through prayer and rituals people also perform special designated ‘yagya’ with the help of priests and tantriks to ward off attacks from enemies and evil forces to obtain wealth or good health or for profit in business ventures. In 2018, ahead of 2019 general election the Bharathiya Janata Party (BJP) promoted a weeklong Rashtriya Raksha Mahayagya (grand ceremonial fire) to ‘blunt conspiracies hatched by the country’s inimical forces’ on the lawns of Red Fort in Delhi. It involved 1111 priests and 108 ceremonial fire pits for which soil and water were brought from Doklam and Poonch on the Sino Indian border, and from Hindu pilgrimage sites, Badrinath, Dwaraka, Puri and Rameswaram. They were transported by a Rath Yathra flagged off by Rajnath Singh, the then Home Minister (‘The Caravan’, October, 2021).

It has been found during a survey on Indian religious practices conducted by PEW Research Centre that half of the population believe in angels and spirits, 71 percent in purification by the Ganges, 38 percent in reincarnation, 76 percent in karma and 70 percent in fate. Exploiting the gullible are god men, sorcerers, and occultists who promise cure and relief for all kinds of obstacles, pain, diseases, marital discord, loss in business etc. One can find in the popular Tamil daily ‘Thinathanthi’ advertisements regularly for such services under the heading ‘manthirigam’ Crimes such as human sacrifice, murder, rape, exhortation of money under the guise of driving out ‘ghost’, evil spirits’ or ‘removal of effects of ‘black magic’ are also being reported frequently across India.

Commercial exploitation
“The most saleable commodity in India today is religion’ said K M Panikkar the noted historian. Tourism has come to be linked with places of religious worship leading to the growth of ‘pilgrimage tourism’ as an industry. Devotional music, books and periodicals on religious themes, and TV shows on religious discourses are in high demand. Associated with this is significant space allotted in newspapers regularly for astrological predictions and supplements on religious festivals in various towns highlighting their special divine power. Celebration of Ganesh chathurthi, Ram navmi, Krishna jayanthi, and Hanuman jayanthi are now carried out as public events in a grand scale.

The renowned astrophysicist and author Jayant Narlikar once told an interviewer that he was not happy on the state of scientific temperament in the country. Although there is awareness in the society, superstitions continue to dominate.  When asked about political parties using religion for votes he said “the use or misuse of religious sentiments, vote banks etc are reprehensible.

Government’s apathy towards reforms
What puzzles social observers is the fact that while attendance at churches is falling steadily all over the west, religious faith exhibits a quantum leap in India. Criticism of any aspect of religious practice is shot down as an offence of ‘hurting the religious sentiments of people’. The citizens’ fundamental right to freedom of expression is not respected. “Development of scientific temper, humanism and the spirit of inquiry and reform” by all citizens is advocated in Art 51- A(h) of the constitution. However, the age-old customs and attitudes that proved a hurdle to achieve social progress in the past continue to hold sway over the present generation too. The renowned astrophysicist and author Jayant Narlikar once told an interviewer that he was not happy on the state of scientific temperament in the country. Although there is awareness in the society, superstitions continue to dominate. When asked about political parties using religion for votes he said “the use or misuse of religious sentiments, vote banks etc are reprehensible. But in more ways than one, we see superstitions dominating the minds of political leaders, regardless of the parties they subscribe to. Astrology, vastushastra and godmen are some examples. Jawaharlal Nehru hoped that after independence the scientific temper would take root amongst the masses. This has not happened. Infact how can it happen if the leaders of the masses themselves are superstitious?” (The Hindu, May 17, 2005). What is appalling is that even the judiciary does not display a robust reformist mind- set. The Supreme Court gave a nod, for example, to teaching of Astrology in Universities. Recently five-judge – Bench of the Apex Court awarded the disputed site in Ayodhya to the Hindus relying mainly on the faith of the people rather than going by strict judicial norms according to critics. Lastly, there is the need to be extra vigilant about organizations like Sanatan Sastha which allegedly masterminded the assassination of rationalists, Dr. Narendra Dhabolkar in 2013, M. M. Kalburgi in 2015, Govind Pansare in 2015 and journalist Gowri Lankesh in 2017 (‘All’s fair in the war for a Hindu Rashtra’, The Hindu, Sep,2, 2018). Threat to life has, of course, never deterred leaders like Jyothi Rao Phule, Savithri Phule, Periyar E. V. Ramasamy and Dr. B. R. Ambedkar from their mission to rid the society of ignorance, superstitions and derogatory social customs imposed in the name of caste.