Changing the Politics in Kashmir 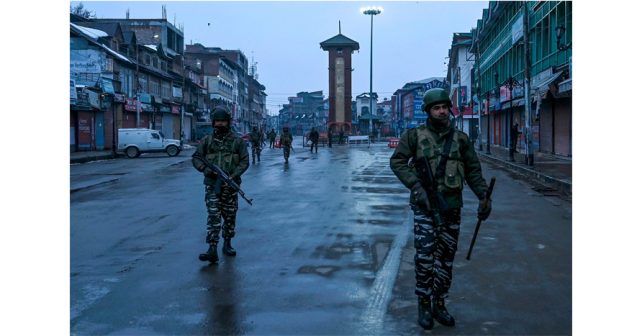 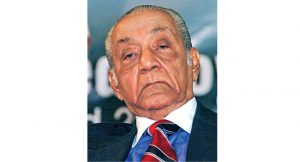 For 70 years, the Rashtriya Swayamsevak Sangh and its political departments the Jana Sangh (founded in 1951) and its successor the BJP (now in power) clamoured for the “abrogation” of Article 370 of India’s Constitution. That implies no more than its deletion from the Constitution. Designed to guarantee Kashmir’s autonomy, it had been reduced to a husk by its co-architect Jawaharlal Nehru by the time he died in 1964.

Article 370, adopted by the Constituent Assembly in 1949, was no ordinary provision. It reproduced a solemn compact negotiated over five long months, from May to October 1949, between Prime Minister Nehru and his deputy Vallabhbhai Patel on the one hand, and the Prime Minister of Kashmir Sheikh Mohammad Abdullah and his trusted colleague and brilliant lawyer Mirza Mohammed Afzal Beg on the other.

What Prime Minister Narendra Modi did on August 5, 2019, went far beyond the abrogation of Article 370. It was the constitutional and political destruction of Kashmir. Not only was it robbed of its status and reduced to a “Union territory”, but its entire political landscape was also altered drastically.

Measures are afoot to redraw its electoral constituencies, engineer defections in its two major political parties the National Conference (NC) and People’s Democratic Party, build up a new political front comprising the BJP’s touts and flunkies, and give primacy to Jammu. The touts include two senior leaders of the PDP. The bulk was put in jail. The entire exercise was based on the calculation that Kashmir’s leaders, press and political class would submit to the BJP’s plans. An atmosphere of fear was created all over Kashmir.

The assumption that all would eventually submit, resigned to their fate, has been belied. That it was entertained at all reflects the poor opinion BJP leaders have of Kashmiris. Politicians were not put in jail because they were about to commit any crime; far from it. They were incarcerated for fear that they would reject the BJP regime’s sordid scheme and urge the people to do likewise. They were no terrorists.

When in power as chief ministers, the PDP and NC’s leaders fully cooperated with New Delhi in combating the armed insurgency. It is total, popular rejection of the BJP’s scheme that prompted it to forcibly remove them from political activity.

How long can this oppressive setup last? How long can those senior leaders be placed under these forced restraints? It is a habit of rulers to sound their detainees about their future plans. That is how New Delhi created rifts among jailed Hurriyat leaders about two decades ago. But a different ballgame is being played today. Kashmiris are being asked to become accomplices in the murder of the political identity of their own ancient historic land with its vibrant past, rich culture and a record of revolt over centuries since Emperor Akbar extinguished Kashmir’s independence in 1586.

Kashmiris never cease to invoke their history. They never will. The instrument that the BJP has deployed is of colonial vintage. The Criminal Procedure Code, 1898, itself had a hoary past. In 1973 it was “revised” but this new code is no better.

Section 107 reads: “When an executive magistrate receives information that any person is likely to commit a breach of the peace or disturb the public tranquillity or to do any wrongful act that may probably occasion [the same] and is of opinion that there is sufficient ground for proceeding, he may, in the manner hereinafter provided, require such person to show cause why he should not be ordered to execute a bond, [with or without sureties] for keeping the peace for such period, not exceeding one year, as the magistrate thinks fit.”

Section 151 states: “A police officer knowing of a design to commit any cognisable offence may arrest, without orders from a magistrate and without a warrant, the person so designing, if it appears to such officer that the commission of the offence cannot be otherwise prevented.”

On February 5, the imprisoned ones completed six months of detention. They have refused to sign the bonds. An official told the Tribune: “The government can continue their detention beyond February 6 only after the advisory board recommends so. The J&K government detained nearly 6,000 political leaders after invoking Section 107 of the Cr.P.C through its magistrates.”

Nearly 1,000 persons, including three former chief ministers, are still under detention under Section 107 of the Cr.P.C and the Public Safety Act. Had the police detained political leaders or others under Section 151 of the Cr.P.C., they would have all secured bail given the charges against them, said a police officer. That is why this British-era law of Section 107 came in handy this time, he revealed.

The plans do not reckon with public opinion, in Kashmir or elsewhere. As ill thought as the Citizenship (Amendment) Act, the scheme of August 5, 2019, will hoist the Narendra Modi government firmly on its own petard.

Sycophancy seems to have no limit. One of the BJP coterie – Jai Bhagwan Goel recently published his book under the title ‘Aaj ke Shivaji – Narendra Modi’

Rendered from Hindi, it means ‘Today’s Shivaji – Narendra Modi’. This book has infuriated Shiv Sena in Maharashtra. Its senior leader Sanjay Rawat insists on immediate ban on the book concerned.

Ironically, Shivendra Raje Bhosle, a BJP MLA himself has raised voice against this book. He is related to Udayan Raje Bhosle, a descendent of the eminent warrior of Maharashtra – revered as Veer Shivaji.

Condemning the odd comparison of Modi with emperor Shivaji, Shivendra Raje Bhosle says, “This book proves our party leaders are ready to stoop to any extent to reap personal benefits.”

Flattery knows no bounds, does it?