Having gradually begun to calm down after a couple of days’ impotent rage at the result of the EU Referendum, I turned to this short book on humanism in an attempt to restore some of my faith in humanity.  I was seeking reassurance that people, as individuals, still mostly try to do the right thing, given the information available to them. That, as human beings, we really should all try to be on the same side.  And that, cynicism aside, we are still capable in embracing big ideas while, it is to be hoped, rejecting unsubstantiated nonsense.

The Philosopher Stephen Law gets this short guide off to an excellent start with a brief introductory chapter entitled What is humanism?  Here, while acknowledging that the word ‘humanism’ means different things to different people, he identifies seven minimum characteristics that most humanists would agree unites them philosophically.  In subsequent chapters, Law goes on to describe how these characteristics influence humanist views on morality, secularism, education, and the meaning of life.  All of which, as you should expect, are explained very rationally.

Less interesting to me were the back-to-back chapters entitled Arguments for the existence of God, and An argument against the existence of God.  While ‘atheist’ is one of the few labels I am happy to embrace, it seemed to me that these chapters deflected somewhat from the central topic of the book, and would have been better placed in an introduction to theism or atheism.

This minor criticism aside, I enjoyed this book very much indeed, and emerged from it considerably calmer, feeling better disposed to my fellow human beings, and reluctantly accepting that the label ‘humanist’ might, after all, apply to me. 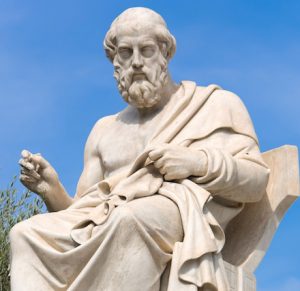