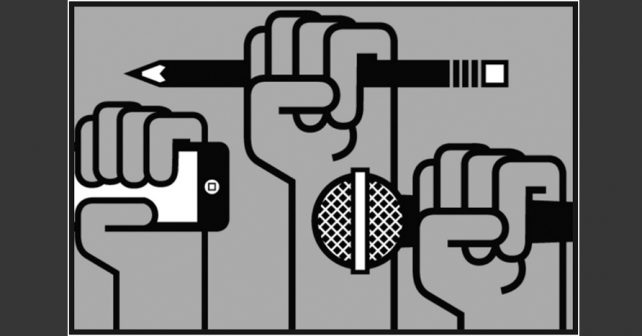 In what turned out to be his last epistle to his ‘younger brother’, Arignar Anna pointed out that in a democracy it was imperative that each citizen developed the qualities of head and heart to the maximum level.  One can understand the significance of this injunction only if one remembers that democracy is the government of the people.  In that case is it not the responsibility of the rulers to be at their best – in decision making as well as guiding the fellow – rulers?  That is probably why all the countries which follow democratic form of government give maximum encouragement to intellectual development – to the development of ideas.

Freedom of thought, one of the cherished pillars of democracy, can flourish only if human thinking is at its creative best.  And the most effective way of bringing it about is establishing universities and ensuring their unfettered functioning.  It has been learnt that in the ancient days Jains and Buddhists gave a lot of importance to establishing all over the country seats of learning of impeccable merit.

Can anyone aware of those golden days of knowledge revolution silently witness the muzzling of the thinking process, the choking of the blood vessels of universities?  Universities known for their proliferation of thinking, spreading knowledge far and wide, and as a result taking human beings to the horizon of thinking, are getting their wings cut, thought process stunted and are hemmed in within narrow spaces.  This will impoverish the country of intellect, making morons out of citizens.  These morons are then converted into robots that can be manipulated by a coterie that wields power.

It started with the Central University of Hyderabad, one of the finest centres of academic excellence and enlightened debate. Hectic attempts to subjugate faculty and the students were made, one of the results being the suicide of Vemula, who is claimed to have been a budding intellectual giant.  After having scared the Universities out of their desire for freedom, followed the appointment as vice chancellors people with complying minds which are too narrow to be capable of any thinking.

Now, there is yet another curb on intellectual freedom, which is to control teaching and research in the universities, by subjecting the faculties of Central universities to Central Civil Services (Conduct) Rules.  What are the implications of this decision?

The academics can never protest, however severe may be the provocation.  Next, when faculty members show academic excellence and are recognized outside their campus, they are naturally invited to join editorial boards of prestigious journals.  The faculty chosen are not only happy at this recognition but get a chance to interact with a much wider circle, which is rewarding for them, for the institutions they serve, for the entire intellectual world and for the humanity at large.  Hereafter, they cannot make use of such opportunities.  Thirdly, the faculty members cannot criticize the policies of government in their research work.  Research is an academic exercise, and how can anyone undertake it when freedom of thought is thwarted? Now we find many academics openly criticizing some policy or other of the government, when they sincerely feel that the policy concerned is not in the interest of the nation.  It has been the practice in the previous governments also.  Such contributions throw fresh insight into the policies pursued and offer a valid opportunity to the policy makers to do some rethinking without any inhibition.  Such opportunities in fact must be welcome by any government. Tiruvalluvar has warned in one of his couplets that any ruler who does not have in place critics who voice their admonition are bound to go astray.

If all such corrective measures are blocked, it is not merely the government, but the entire nation that suffers. Where will all this lead the society to?  Prof. Neera Chandhoke has made a thorough analysis of the problem, and painted a gory picture of what would happen to the society.

By welcoming different ideas and practices, open societies ‘liberate and expand our imaginations and our commitments’.  When societies construct barricades between themselves and the outside world, the members start raising barricades among themselves.  She points out, “Ruled by a government that verges on authoritarianism, Indians have turned savagely on their own fellow citizens.” This explains murders carried on the name of cow protection, migrant workers being attacked, a person or a group being lynched under some flimsy pretest. Intra specific aggression, which has become common occurrence, is the direct result of this stratification. Once such divisions take deep root, it is a long and cumbersome problem to heal the rot.

Red seen all over? What are we going to do? What must we do?

SEGREGATED SEATS FOR VEGETARIAN AND NON-VEGETARIAN PASSENGERS IN TRAINS?

A public interest litigation has been field in Gujarat High Court seeking segregated seats for vegetarian and non vegetarian passengers on the Indian Railway trains.  The PIL has been filed by E. E. Saiyed, an Ahmadabad lawyer, who claims to be a vegetarian, pleading to direct to the Indian Railways to give an option for allotting seats in accordance with the food choice of the passengers.

Praising the Railways for taking utmost core and caution for providing the best eatables to railway passengers, a vast diversity of people residing in a vast Country like India, the petitioner recommends that as the choice of food is recorded at the time of booking train tickets, the option for allotting seats in accordance with food choices should be encouraged so that vegetarian fellow passengers may not suffer.

The question is, is such an augment of segregation feasible or even necessary in a train travel?  Will this divisive tactics promote harmony?  If this were to be conceded, will there he demand for other divisions too?