Communal Deadlock and a way to solve it 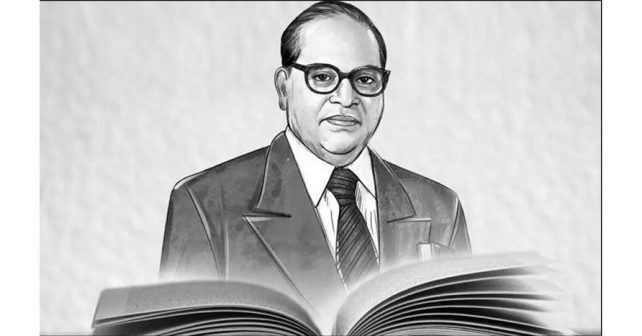 It will be obvious that my proposals do not cover the Aboriginal Tribes although they are larger in number than the Sikhs, Anglo Indians, Indian Christians and Parsees. I may state the reasons why I have omitted them from my scheme. The Aboriginal Tribes have not as yet developed any political sense to make the best use of their political opportunities and they may easily become mere instruments in the hands either of a majority or a minority and thereby disturb the balance without doing any good to themselves. In the present stage of their development it seems to me that the proper thing to do for these backward communities is to establish a statutory Commission to administer what are now called the ‘excluded areas ‘ on the same basis as was done in the case of the South African Constitution. Every Province in which these excluded areas are situated should be compelled to make an annual contribution of a prescribed amount for the administration of these areas.

Much of the difficulty over the Communal Question is due to the insistence of the Hindus that the rule of majority is sacrosanct and that it must be maintained at all costs. The Hindu does not seem to be aware of the fact that there is another rule, which is also operative in fields where important disputes between individual and nations arise and that rule is a rule of unanimity. If he will take the trouble to examine the position he will realise that such a rule is not a fiction, but it does exist. Let him take the Jury System. In the jury trial the principle is unanimity. The decision is binding upon the judge only if the verdict of the jury is unanimous. Let him take another illustration that of the League of Nations. What was the rule for decisions in the League of Nations? The rule was a rule of unanimity. It is obvious that if the principle of unanimity was accepted by the Hindus as a rule of decision in the Legislature and in the Executive there would be no such thing as a Communal Problem in India.

About the rule of majority the Hindu is not prepared to admit any limitations. The majority he wants is an absolute majority. He will not be satisfied with relative majority. He should consider whether his insistence on absolute majority is fair proposition, which political philosophers can accept. He is not aware that even the constitution of the United States does not lend support to the absolutistic rule of majority rule on which the Hindu has been insisting upon.

All these cases are of course familiar to many a Hindu. The pity of it is, he does not read from them the correct lesson. If he did, he would realize that the rule of the majority rule is not as sacrosanct a principle as he thinks it is. The majority rule is not accepted as a principle but is tolerated as a rule. I might also state why it is tolerated. It is tolerated for two reasons; (1) because the majority is always a political majority and (2) because the decision of a political majority accepts and absorbs so much of the point of view of the minority that the minority does not care to rebel against the decision.

Without marking any such sacrifice the Hindu majority is not justified in representing to the outside world that the minorities are holding up India’s Freedom. This false propaganda will not pay. For the minorities are doing nothing of the kind. They are prepared to accept freedom and the dangers in which they likely to be involved; provided they granted satisfactory safeguards. This gesture of the minorities is not to be treated as a matter for which Hindus need not be grateful. It may well be contrasted with what happened in Ireland. Mr. Redmond, the leader of the Irish Nationalists once told Carson, the leader of Ulster; “ Consent to United Ireland, Ask for any safeguard and they shall be granted to you”. He is reported to have turned round and said: “ Damn your safeguards; we don’t want to be ruled by you”. The minorities in India have not said that. They are ready to be satisfied with safeguards. I ask the Hindus Is this not worth a mass? I am sure it is….

The problem of solving the Indian deadlock is not easy. I remember reading a historian describing the condition of Germany before the Confederation of 1867 as one of ‘Divinely Ordained Confusion’. Whether that was true of Germany or not, it seems to me that they form a very accurate description of the present conditions of India. Germany did get out of this confusion, if not at one stroke at least by successive stages until just before the war she became a unified people, unified in mind, unified in outlook and unified by belief in a common destiny. India has not so far succeeded in evolving order out of her confusion. It is not that she had no opportunities to do so. In fact, there have been quite a number. The first opportunity came in 1927, when Lord Birkenhead gave a challenge to Indians asking them to produce a constitution for India. That challenge was taken up. A committee was formed to frame a constitution. A constitution was produced and was known as ‘The Nehru Constitution’. It was, however, not accepted by Indians and was buried without remorse. A second opportunity presented itself to Indians in 1930, when they assembled at the Round Table Conference. There again, Indians failed to play their part and write out their own Constitution. A third attempt is the one recently made by the Sapru Committee. The proposals of this committee too have fallen flat.

There is neither enthusiasm nor optimism left to indulge in another attempt. One is persued by a sense of fatality, which suggests that as every attempt is doomed to failure, none need be made. At the same time I feel that no Indian ought to be so down hearted or so callous as to let the deadlock stink, as though it was a dead dog, and say that he is prepared to do nothing more than be a mere witness to the political dog-fight that is going on in this country. The failures of the past need not daunt anybody. They do not daunt me. For, I have a feeling that though it is true that all attempts to reach an agreement on the communal question have failed, the failure have been due not so much to any inherent fault of the Indians as they have been due to a wrong approach. I feel confident that my proposals, if considered dispassionately, should be found acceptable. They constitute a new approach and as such I commend them to my countrymen.

Before I conclude, I must, however, warn my critics that they may be able to amend my proposals in some respects ; but it will not be easy to reject them. If they do reject them, the first thing they shall have to do is to controvert the principles on which they are based.