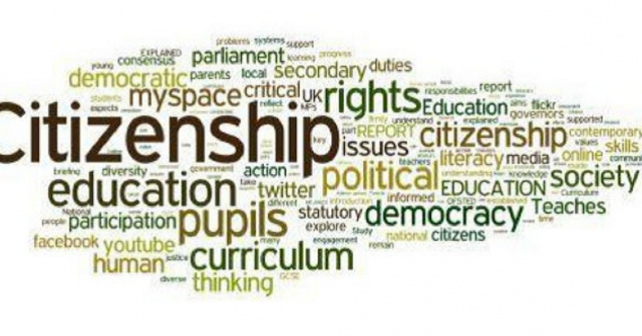 In the Champakam Dorairajan case, writ petition was filed in 1950 by an aspirant brahmin woman (not applicant) that due to communal G.O. prevailed in the Madras State, she could not get an opportunity to pursue the study at medical college. The main contention was that she was discriminated and denied the opportunity to get admission because she belonged to Brahmin community. In support of her argument she quoted Articles 15 and 29(2) of the Indian Constitution. The Madras High Court held the Communal G.O., that provided reservation for all communities from the days of rule of Justice Party, invalid.

Article 15: The State shall not discriminate against any citizen on grounds only of religion, race, caste, sex, place of birth or any of them.

Article 29(2): No citizen shall be denied admission into any educational institution maintained by the State or receiving aid out of State funds on grounds only of religion, race, caste language or any of them.

On the appeal made by the Madras Government, the Supreme Court confirmed the verdict of the High Court. The Reservation Right was at stake due to the Supreme Court’s judgment. The basic flaw in the writ petition was that the petitioner did not apply at all for the medical college, seeking admission. Without applying how can the petitioner file the writ petition as if she was discriminated and aggrieved? The court identified it at the very end of the proceedings. Instead of dismissing the case, the Court substantiated the proceedings to continue since the then Madras government had assured to keep one seat vacant in the medical college till court decided the case.

When the judgment was delivered by the Supreme Court, the chairman of the Indian Constitution Drafting Committee, Dr. B.R. Ambedkar (at that time he was the union law minister of the country) said that the judge did not understand the contents of the constitutional provisions and stated at the floor of the parliament thus:

“Turning to the Supreme Court judgment, which had invalidated the communal order of the Madras State Government on the ground that it involved discrimination between castes, Ambedkar remarked that, ‘it was utterly unsatisfactory and was not in consonance with the Articles of the Constitution. This remark created a storm in the House. When it died down, Ambedkar explained that the Supreme Court had overlooked the operative word ‘only’ in Article 29(2)

Courtesy: Life and Mission of

Massive agitations were held throughout the Madras State under the leadership of Periyar against the verdict of the Supreme Court.Consequently a new Article 15(4) was inserted through the First Constitution Amendment which ensured the prevailed reservation rights not only in Madras and other States but also enabled the reservation for implementation throughout the country.

Article 15(4): Nothing in this article or in Clause (2) of Article 29 shall prevent the State from making any special provision for the advancement of any socially and educationally backward classes of citizens or for the Scheduled Castes and the Scheduled Tribes.

The one important fact which did not come to light was that the dissenting judgment of Madras High Court on the Communal G.O. Justice N. Somasundaram insisted that the Communal G.O. must be interpreted along with the Directive Principles of the State Policy of the Constitution thereby to sustain the G.O. Subsequently in a leading case in Punjab High Court – Om Prakash Vs. State of Punjab, only the minority judgment of Justice N. Somasundaram was adopted.

In the recent judgment of the Supreme Court, the reservation rights in public employment and promotion in job have been put at the will of the State. Reservation rights are guaranteed by the provisions of the supreme law of the country viz. Indian Constitution. Many State Governments including the Union Government have been implementing it in their authority of operation.

Concealing of facts to the Courts is common in both the cited cases. The only difference is in 1950, the concealment of not having applied for medical college admission was done by the individual petitioner, where as in 2020 the concealment of having conducted the survey and calculation of inadequacy of representation of the Scheduled Castes and the Scheduled Tribes was carried out by the State government.

“We, the people of India ….” thus commences the Preamble of the Constitution that ensures social justice, guaranteeing reservation in education, and employment including promotion and in legislative bodies. The State has to act as per the constitutional provisions and duly execute. It shall be the minimum expectation that the apex court of the country has to ensure the constitutional provisions for its due execution. In case the State fails or partially executes both the content and the spirit of the constitution, the apex court has to direct the State to act accordingly. In our polity the sovereign power is vested with people through the Constitution. All the pillars viz. legislatures, executive and judiciary are only agencies to exercise the sovereign power.