Corona Control Why not one procurement policy for the Vaccines and Medicines? 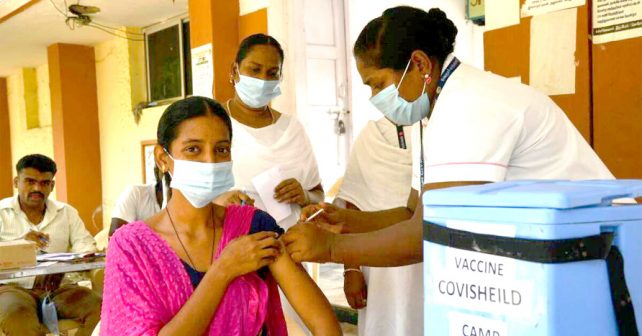 Our country is facing the severe threat of the second wave of the Corona pandemic. The current suffering and set back in the economic activities are different from the effect of the first wave of the pandemic. During the first wave, not only our country but, the entire world had experienced the setback coupled with many human fatalities.

During the first wave, the Central government announced the nationwide lockdown autocratically – without consulting the medical experts, and all the State governments. When the lock down decision was taken it was perplexed, since vaccines and medicines were not invented to control corona at that time. The entire first wave passed on without inoculation of vaccine and of medicines. But the second wave is not like that. It is worse than the first. The air borne virus got spread even without close congestion of people. Besides, the current virus is variant of the original. The only advantage is vaccines and medicines have been invented to control. It is through proper planning and execution, the second wave of the pandemic can be tackled.

But the Union government which had to act federallyall the time, during the first wave had acted as if it is unitary. During the second wave the role of the Union government is in procurement and distribution of the vaccines and medicines. The Centre has divested its power, infact evasive, stating that States can procure according to their requirement. Besides the pricing policy accepted by the Centre is not integral to protect the interests of the States. The BJP led Central government, as per its Hindutva ideology of one nation – one ration card, one nation – one language, one nation – one religion policy, is adamant. But how can it denounce in respect of dual pricing and procurement policies of Corona vaccine / medicine for one nation and absolve its powers to be exercised by the States.

The Supreme Court has also advised the Central government very aptly. When the Central government has claimed at the apex court that it will inoculate the ‘entire eligible population’ by 2021 end, the court questioned the efficacy of its policy which allows the Centre to procure just 50 per cent of the vaccines while leaving the States to buy their own. Besides the court has also challenged the differential vaccine pricing policy saying, “there needs to be one price for vaccines across the nation”. When the Centre can purchase vaccine in bulk for Rs.150 per dose, the States have to pay Rs.300 to Rs.600.“What is the rationale for this dual pricing poling?” the judge questioned.

The Centre is not responsive enough even for the readiness of the States to act. In Tamil Nadu, in Chinglepet, a vaccine manufacturing laboratory which is under the control of the Central government has not been functional for many years. Recently the CM of Tamil Nadu visited the laboratory and assessed the situation. The CM deputed a minister to New Delhi to meet the union minister to express the readiness of the State government to manufacture the vaccine with a request to let the laboratory on lease. No positive response has come from the Centre so far.

So it is high time, the Centre has to change its style of its governance. Let it keep up the promise, BJP gave in 2014 electioneering – ‘Minimum Government Maximum Governance’. Shirking its responsibilities is not divesting its power to the States!