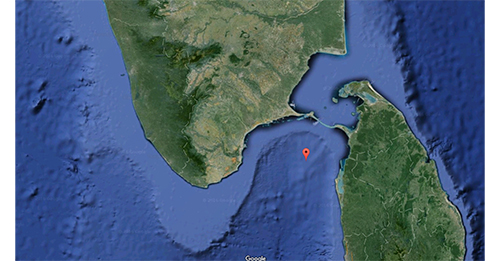 The Sethusamudram Canal Project has boomeranged after nearly 17 years, quite ironically. The inordinate delay in its return has brought a ray of hope for us all. This project was ratified in 2005 but put on the back burner by political animosity and an obvious strategic grudge.

The background
Eminent scholars like Sir.Ramasamy had been fighting for a very long period stressing that the canal project would augment employment opportunities of the youth in the southern districts of Tamil Nadu. They explained how the project would be useful for marine trade and international entrepreneurship. But the project proposal was shelved and for more than 100 years it had remained a dream. The project would have helped the livelihood of numerous unemployed youths.
In 2004, with the support of the Dravidar Munnetra Kazhagam (D.M.K.) the United Progressive Alliance Government was formed headed by the Congress with Manmohan Singh as the Prime Minister. In 2005 the President of the D.M.K. Kalaignar M.Karunanidhi was instrumental in insisting on the implementation of the Sethusamudram Canal project. T.R.Balu, the Minister for Shipping Department commenced activities vigorously. On 2nd July 2005, the project was inaugurated in Madurai in a grand manner. The Prime Minister Manmohan Singh, Sonia Gandhi, Kalaignar and many other celebrities participated in the event.
Political animosity
The Project work went on a war-footing. When hardly 23-kilometre-long segment was remaining to be completed, the project was shelved. Brahminocracy was behind the obstacle. People with vested interest shrieked that the bridge called ‘Ram Setu’ was built by Ram to reach Sri Lanka and rescue Sita and hence it has an inherent sanctity. The project was labelled ‘blasphemy’ by the people soaked in blind faith in mythologies.

Development hindered
The development of Tamil Nadu was hindered when the project was given up. The bridge which was called the “Adam’s Bridge,” caused ships take a circuitous route to reach the western countries. The Sethusamudram Canal Project could have saved the time of sail by 30 hours. 167 K.M. long canal was already dug in the Palk Strait. The project was dropped at that stage. 2400 crore rupees of the tax-payers’ money spent till then was a colossal waste. The blind faith of gullible people was taken advantage of. The case related to the shelved project is still pending in the courts of law.

No evidence for a bridge
At this juncture, in the recently concluded winter session of the parliament, an independent member from Haryana raised a question on the project concerned. The Deputy Minister for Science and Technology Department Jitendra Singh answered him, declaring that – “no evidence exists for ‘Ram Setu’. The Satellite pictures of the captured islands and limestone shoals cannot accurately prove that they are the remnants of a bridge. Moreover, the history dates back to 18000 years. The 56 K.M. long bridge does not clearly depict the mode of its structure.” Minister Jitendra Singh thus made his view clear in the Rajya Sabha.
This was an echo of the voice raised long ago by the D.M.K. and the Dravidar Kazhagam (D.K.) and several other parties and movements in Tamil Nadu. We have all been emphasizing it all these years.
Since a Minister of the Union Government himself has openly clarified in the Parliament that ‘Ram-Setu’ is a myth and that its existence has no evidence, it is high time the project was revived. The ‘Sethusamudram Canal Project’ would pave the way for navigational route through the chain of islands. It would be extremely beneficial in multiple ways.

Dire need of urgent action
The Cabinet Minister Nitin Gadkari has also supported the revival of the project concerned. He assured in the parliament that it would be implemented and accomplished. But there is no response so far from the Prime Minister Narendra Modi, in spite of his loud slogan – “Sabka Saath, Sab Ka Vikas” (Everyone’s support for everyone’s development). He has done nothing so far to accomplish this vital project which would benefit the entire country in several ways.
Irrespective of parties, policies and principles, all have to collectively raise voice for the revival and completion of the project. We urge the Chief Minister of Tamil Nadu, Hon’ble M.K.Stalin to move and adopt a resolution for this at the next session of the Legislative Assembly of the State. The Union Government headed by the B.J.P. must be pestered by unanimous representation, in order to make true, our dream of ‘Sethusamudram Canal Project’.