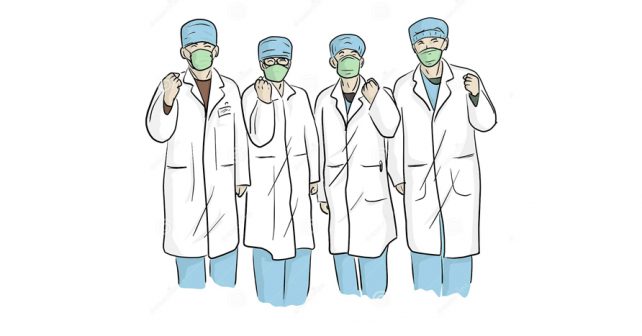 Union and the State Governments must integrate the upcoming suggestions from the Opposition!

The country wide Corona lockdown has caused many a crisis on economic front. The economic slowdown that had been prevailing even before the Corona virus pandemic period has aggravated during the lock down. There is a paramount need to change the strategic approach on the part of the union and the State Governments to combat both the pandemic and economic crisis. Dr.K.Veeramani, President, Dravidar Kazhagam appeals to the Union and the State Governments to tide over the tumultuous crisis.

Bestowal of Priority in the Pandemic Control

During the current critical period of prolific spread of Corona pandemic, focus has to be maintained on one functional agenda – both for the Union and the State Governments. The prime agenda of the rulers must be to control the pandemic through meticulous planning and implementation.

At this critical juncture, the ruling party must co-ordinate all the efforts of various individuals and groups beyond the identity of caste, religion, language and the State without any disparity.

Based on the WHO’s recommendation the main strategy of track, trace,test and treat needs to be adhered to. In the absence of any medical measure, the imperative should be to isolate and lockdown the virus with due diligence.

The distinct role of the State Governments:

Public health and Sanitation is the subject that has to be dealt by the State Governments directly. Given the situation the Union Government has to allocate more funds to the States. It is very much undesirable to create an impression that the States are being treated with discrimination. It is of paramount importance for the Union Government to involve the States, and all the political parties under one banner to focus on the task ahead.

It is proper for the rulers to co-ordinate and involve the opposition in the identified task. But this democratic imperative, has not been explored both by the State and Union Governments. When steps have to be undertaken on war footing, the burden of the task has to be shared with the opposition parties and other organizations. This is not the time to view the battle scenario with political lens.

A glance of financial allocation, for the Corona Relief task, made by the Union Government to the States reveals its biased approach.

The table is revealing, only the BJP ruled States have been allocated with funds as per the recommendation of the 15th Financial Commission.

A comparison of fund allocated among the States unveil the gravity of discrimination.

For all the southern States (almost ruled by parties other than BJP) the total fund allocated was Rs 7376.30 Crores and for the single State of Uttar Pradesh ruled by BJP, Rs 8255.19 Crores has been allocated. Ironically the southern States have reported more cases owing to more testing that is in line with the WHO guidelines.

Now there is a need to think and act collectively to deal with the double whammy of poverty and unemployment. So far the measures that have been announced have been tweaks of the original budget. This is indicative of poor planning that is based on a remote understanding of the people’s issues. The government seems to have run out of ideas to affect the situation.

This calls for a collective and consultative decision making. The opposition parties across the country need to be roped in to understand the pulse of the people. A multilayered stake holder planning needs to be in place to combat the virus given the state of our country.

The Governments have to adopt Integrated Approach:

As the public health crisis progresses there I all the more need for and integrated approach paying little or no attention to religion, caste, language or opposition parties. An approach that is inclusive and practical needs to be in place to heal the wounds that have been inflicted with on society especially the poor and the marginalized sections. As the gravity of the problem increases, it will be impossible to for any single party or group of individuals to take responsibility to arrest the spread the disease. Hence the Governments should reach out to all the stakeholders concerned to share technical and economic resources to deal with the situation.

The realization that the pandemic is here to stay, we are in a long hauled battle, and this will require the might of the nation to fight it paramount. Hence, only an integrated approach across the political, social boundaries needs to be part of the planning and implementation to find a lasting solution.