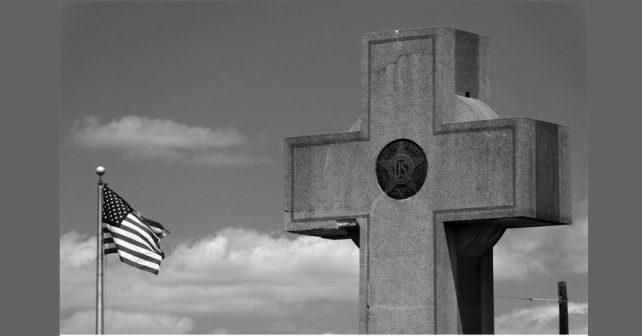 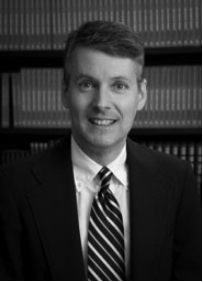 The Washington, DC, suburb of Bladenburg, Maryland, is home to a forty-foot-tall cross that sits along a busy intersection.  It occupied land owned by the state and is maintained courtesy of the taxpayers of Maryland (of which I am one) by the Park and Planning Commission.

Let’s be clear about what this structure is.  Although one news story I read referred to it as a “cross-shaped” memorial, it is, in fact, a very big cross.  It’s important to get the facts right because you’ll likely be hearing a lot about this cross in the months to come since the American Humanist Association is challenging the state’s right to own  and display this religious symbol.  The case, Maryland-National Capital Park and Planning Commission v. American Humanist Association, is pending before the US Supreme Court.

Known as the “Peace Cross,” the symbol of Christianity was erected in 1925 by residents of Prince George’s Country in memory of forty-nine local men who died in World War I.  Decades later, in 1985, it was rededicated in honor of everyone who died during that war.

Here’s the problem with that a cross, as the preeminent symbol of the Christian faith, can’t honor all veterans.  Crosses honor only some veterans – the ones who were Christian.

This would seem to be an obvious point, yet increasingly we are being told that crosses memorialize everyone. Some people will go to great lengths to make that argument.  An enormous cross on Mount Soledad near San Diego, California, was originally erected for clearly religious purposes – Easter surprise services – but was retroactively rebranded as a war memorial years later.  Federal courts weren’t fooled.  While litigation dragged on for many years, the cross, originally on public property, is now in private hands.

A few years ago a flap erupted in Knoxville, lowa, after Americans United for Separation of Church and State (my employer) objected to residents’ plant to erect a war memorial that included a prominent cross.  Many people in town were angry at us.  They seemed to be incapable of looking inwardly and asking themselves why they were so intent on erecting a memorial that didn’t include all of the veterans they claimed to cherish.

Legal disputes like this illustrate perfectly the Christian privilege that, despite our country’s legal mandate of separation of church and state, has become common.  Many conservative Christians, who would  be the first ones to complain if the symbol of some other faith were used to represent them, don’t care when a cross is rebranded as a generic memorial for everyone.  They’re frequently offended when someone complains.

For Christians, the cross does indeed serve as a way to honor the dead.  That’s why it’s commonly seen at cemeteries and on privately erected war memorials that are intended to honor a Christian or a group of Christians.  But you don’t see crosses in Jewish, Islamic, or Hindu institutions, and no thoughtful person would use a cross to memorialize a dead loved one who was a humanist.

In fact, the federal government takes pains to ensure that the families of fallen service members have the right to choose a religious or nonreligious symbol that is important and meaningful to them. At government owned facilities, such as Arlington National Cemetery, families can choose from a list of symbols to put on headstones or grave markers.  While the list is not exhaustive.  It’s pretty broad and includes several different types of crosses, the Jewish Star of David, the Buddhist Wheel of Righteousness, the Unitarian Universalist chalice and flame, the Islamic crescent, humanism’s Happy Human, a Native American medicine wheel, and a stylized “E” and “K” for the Eckankar religious movement, among others.

This is why claims by religious right groups that an AHA victory in the Bladensburg case will threaten religious symbols at Arlington are balderdash.  At Arligton, privately chosen symbols adorn the headstones; they honor men and women who adhered to the faiths and philosophies represented by those symbols.

In Bladensburg there is no such choice.  Instead, we see a towering cross, the symbol of the majority religion of the United States, and we’re told it represents everyone – whether your deceased loved one belonged to that faith or not.

The cross is not just an interesting geometric pattern.  As an instantly recognizable symbol of the Christian.  It’s not a generic symbol for memorializing the dead .   It simply can’t play that role, and its offensive to all, Christians and non-Christians alike, to try to force it to.

When the AHA’s case is argued before the Supreme Court the justices may get bogged down in minutiae, as they are prone to do when it comes to disputes over religious symbols on public property-how long has the cross been up, who erected it and why, what is the context of the display, what else is on display at the site, etc.

I wish the high court would step back and look at the bigger picture.  That picture depicts a gigantic cross on public land that is owned by the state and maintained by the taxans but in fact recognizes only some.

It’s offensive and it’s exclusionary.  That alone is reason enough to strike it down.