CUET – denies Education to the Deprived 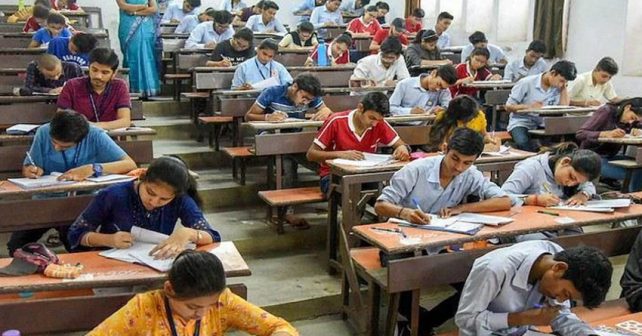 University Grants Commission (UGC) has made mandatory, the Common University Entrance Test (CUET) for all the Central universities in the admission process for the undergraduate courses. CUET is conducted by the National Testing Agency as per the proposal of the National Education Policy 2020.The opposition to National Eligibility cum Entrance Test (NEET) for the medical courses started in Tamil Nadu from the beginning. Later such opposition was realized by the other States. In Karnataka the realization has started now by the death of a student who had gone to Ukraine to pursue medical education. NEET, is not a test for ‘standard’ as projected by the Union government. Not only NEET, entrance test in any form or by any means does not provide an equal level playing for all the aspirants. At the draft stage itself NEP 2020 was opposed for one of its proposals that insists on a common entrance test to pursue higher education.

Our country is diverse in culture, language and the background within which the citizens are born and brought up. Social and cultural capital imposed on the deprived people cannot provide equal opportunities, since all the students competing in the CUET are not equal on their background including the different State syllabus which they had followed upto plus two for 12 years and passed scoring the required marks. Even high scoring of marks in their school final exam will not enable them to secure their seats in Central universities, if CUET is implemented.

UGC says that CUET is based on the National Council of Educational Research and Training (NCERT). Equal treatment could yield desired results if the targeted subjects are equal. When they are not equal due to historical deprivation that is not rectified fully till date how could the entrance tests like CUET be planned under the guise of equal opportunities?

Till date many Central technical higher education institutions like IITs, IIMs etc. have already distanced the deprived students by conducting entrance exams like JEE etc. Dispensation of Social Justice at the entry level to Central universities must be ensured for which CUET is no doubt a hurdle that blocks the equitable passage.

Many educationists and expert academicians have opined that entrance tests like CUET are designed with multiple choice questions. Answering them alone cannot decide the knowledge and creativity level of the candidates. But the year-end examinations that culminate as +2 exams at school final assess through narrative and descriptive answers which is the best way to test the knowledge and understanding of the students, entering higher education. The ‘standard’ aimed at by UGC can be tested far better through the +2 marks of the candidates instead of the proposed CUET.
The questions framed for various entrance tests are of a ‘distinctive’ type which can be answered only by those trained by coaching centres. The location of such centres are urban areas and metropolitan cities. The fee levied by the coaching centres are not affordable and centres are also not accessible to students from poor families and rural background.

While introducing CUET and other entrance tests, the Union government unilaterally decides unmindful of the fact that the subject ‘Education’ is in the Concurrent List. It must discuss the issue with various States where all the 45 Central Universities are located. The idea is, students hailing from the respective States must get admission to pursue higher education starting from undergraduate courses in the respective Central Universities. This is possible only by reckoning +2 class final exam marks for the admission process. CUET will defeat all these purposes, including the very purpose for which Central Universities were established. If the cumulative performance of 12 year-school study is not reckoned for admissions to higher education, then what is the purpose in running the 12 year school study (primary, high and higher secondary school). The Union Government can suggest for the closure of school studies (12 year-study) and very well start coaching centres to train candidates to secure more marks in entrance tests!

The grave danger by CUET lies in the way the test is to be conducted in three shifts. One is compulsory as per NCERT syllabus; the second is also compulsory in specific chosen subjects like economics, history etc. and the third will be an aptitude test as optional. The provision as ‘optional’ is like camel entering the tent!
The third shift, despite its nature as ‘optional’ is irrelevant. The entrance test is generally conducted only on the subject-knowledge. An aptitude test is meant only for recruitments after completion of studies. Advocating aptitude test for admission to undergraduate courses in Central Universities is nothing but blatant denial of education in such universities to deprived students, who already find it difficult to get rid of the historical deprivations suffered by them. Instead of unloading the disadvantages and providing an equal level playing in Central University admissions, the introduction of CUET is nothing but further loading of disadvantages on the deprived!