December 6: A clash of ideologies 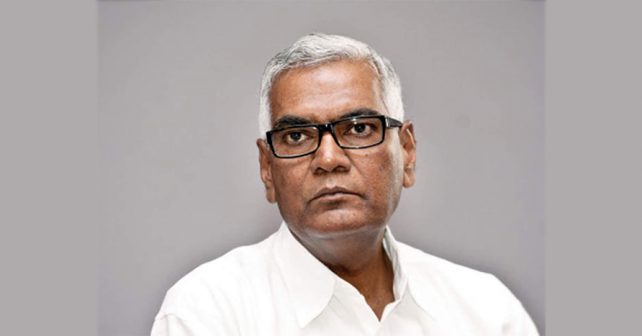 Mahaparinirvan Diwas and Shaurya Diwas offer competing visions of nation building, and are a contrast between Ambedkar’s idea of India and the Hindu right’s agenda.

The date December 6 is important in modern Indian history for two reasons. Bhimrao Ramji Ambedkar passed away on this day in 1956 after a brief illness. The followers of Ambedkar observe this day as Mahaparinirvan Diwas. It is a day of jubilation for people who believe in equality, freedom, democracy and social justice. However, another group, the RSS and the Hindutva elements, unable to digest the message of equality spread by Ambedkar and his call for the annihilation of caste, chose this very date for one of the most heinous crimes of independent India — the demolition of the Babri Masjid in Ayodhya, which was followed by horrendous riots in which hundreds perished. The demolition of Babri Masjid on December 6 was an overt attempt by Hindutva forces to overshadow the observation of Mahaparinirvan Diwas by followers of Ambedkar. The Hindu right observed this day as Shaurya Diwas or the day of victory.

The demolition of Babri Masjid was not just an attack on an old mosque or an attempt to disrupt communal harmony in India. It was an explicit attack on the teachings, message and work of Ambedkar, who stood for equality and liberty and fought for the eradication of the caste system all through his life. It is no surprise, therefore, as to why the RSS and the Hindu right wanted to tamper with the memory of the chief architect of the Indian Constitution. It is their contempt for the Constitution that Ambedkar so meticulously drafted, and their commitment to Manusmriti, varnashrama dharma and caste system, which make them stand diametrically opposite Ambedkar on the political spectrum. However, the RSS and the Hindu right, dwarfs in front of the image of Ambedkar in the hearts and minds of the millions of the Dalits for whom he won political equality, are compelled to pay lip-service to him to gain legitimacy. They indulge in a selective invocation of Ambedkar, in which he is presented as a social reformer and jurist but his revolutionary writings and his call for the annihilation of caste are suppressed. 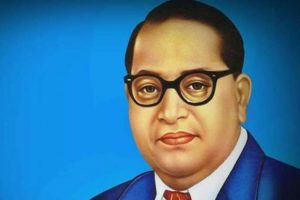 Dr.B.R.Ambedkar – Author of ‘Annihilation of Caste’

The revolutionary writings of Ambedkar have been anathema for the RSS and Hindu right. While Ambedkar chose to leave the organised Hindu fold, which was imposing caste disabilities on Dalits, and embraced Buddhism, the chief ideologue of the RSS, M S Golwalkar considered Buddhism and its potential of making a casteless society a weakness. He wrote: “We know as a matter of fact that our northwestern and northeastern areas, where the influence of Buddhism had disrupted the caste system, fell an easy prey to the onslaught of Muslims.”

The RSS’s agenda runs counter to Ambedkar’s ideology. Ambedkar fought hard to gain political, social and economic equality for the marginalised and said in his famous speech, The Annihilation of Caste, that “my ideal would be a society based on Liberty, Equality and Fraternity”. On the other hand, Golwalkar declared that “equality is a myth in practice”. As one can see, the differences are stark and that should make us vary of the RSS and Hindu right’s attempt at appropriating Ambedkar’s legacy.

The RSS is trying to make inroads among the Dalits by projecting a subaltern Hindutva as its ideological path. It’s trying to impose a homogenised and uniform version of Hinduism on a population known for its diverse traditions. All over north India, one can see signs of this process. People from lower castes are being lured into the essentially brahmanical, patriarchal and hierarchical Hindutva fold through subjugation or subversion of popular elements of localised practices and their substitution by an official version of Hinduism, which is Hindutva. The Hindu right is conflating and identifying nationalism with a particular religion, without eradicating or even touching on caste hierarchies. Dalits participate in the Kanwad yatras, organised chiefly by leaders of the Hindu right in north India and, similarly, in the recent ‘Vel’ Yatra in Tamil Nadu, because they are misled to believing in the doctrine of the RSS. The attempt is to turn them into vote banks, while discrimination and cruelties against them continue.

Another face of the RSS and the Hindu right is its loyalty to the big corporate houses of the country. This loyalty has made them indifferent to the people of the country, and their material needs. The passage of the three agriculture Bills subverting Parliament and the lathi charge on the protesting farmers on Delhi’s borders bear testimony to this fact. The NDA rule, guided by the communal authoritarian ideology of the RSS, has increased the discrimination and exploitation faced by the deprived and downtrodden. The anger and frustration with the nefarious designs of the RSS-BJP should be channelised through a popular movement against economic exploitation, caste discrimination and gender atrocities to defeat the pro-corporate, communal, fascist, deeply casteist and patriarchal agenda of Hindutva.