Demise of Dr.Vijayam A great loss to Global Atheist Movement 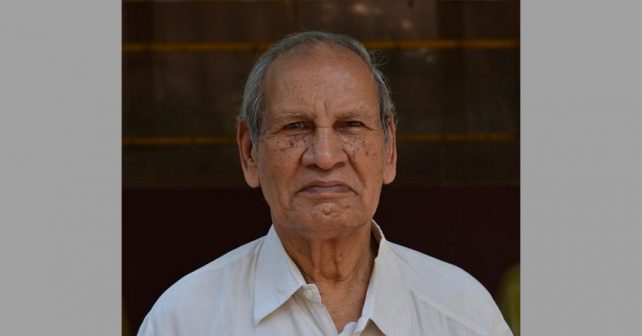 I am shocked much to hear the sudden demise of Dr.Vijayam, Executive Director of Atheist Centre, Vijayawada.

Hailing from the family of the renowned atheist leader, Gora as his second son, he groomed himself as a vibrant atheist activist carrying out the legacy of Gora. The Atheist Centre, Vijayawada became known widely and familiar to international atheist fraternity during his leadership.

‘Atheism – An Alternative Way of Life’ has become very common in the propaganda activities of atheist movement through the unstinted efforts of Dr.Vijayam.

Dr.Vijayam and the Gora family have been part of the ideological family of Thanthai Periyar. The Periyar Movement and the Atheist Centre were mutually contributing and conducted many World Atheist Conferences for which the efforts and endeavours of Dr.Vijayam were much facilitative and helpful.

We have lost a committed warrior of the global atheist movement.

We convey our heartfelt condolences to the children of Dr. Vijayam, members of Gora family and members of the Atheist Centre, Vijayawada.

We pay our respect to the departed stalwart Dr.Vijayam by assuring ourselves to sustain the atheist mission commenced by Thanthai Periyar and Gora, for which Dr.Vijayam’s contribution is significant.