Denial of Education – Only the mode differs! 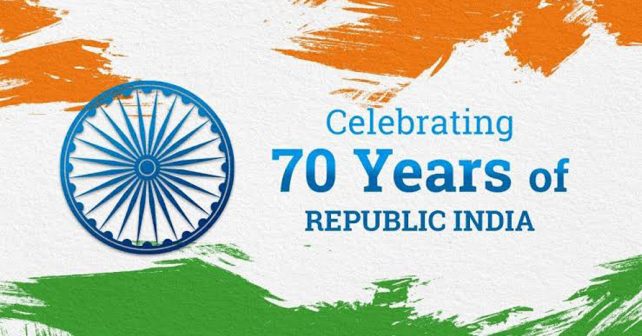 Prior to the British rule in India, the erstwhile small kingdoms and princely states were ruled by monarchs of different levels of authority.  The Vedic sanction as per the prescription of Manusmriti was ruling the roost then.  Different and discriminating prescriptions were there for the same crime committed by the graded hierarchies in the society viz castes. No uniformity was in force for the civil rights and liberty. The heinous prescription was the denial of education to all the servile classes with its reach and availment only to the hegemonic sect viz. brahmins.

The British in order to make their rule easier tried to involve all the sections of Indian subcontinent in the governance of the country for which they started to facilitate education for its access to all the sections which were denied till then.  The move of the British were opposed by the supreme sect in the society who considered themselves as the learned lot and tried to sustain education as their exclusive domain.  Further the move of the British was dubbed as interference in the religious dictum of the indigenous society.  With that the British restricted their move and limited their initiative in a sporadic way.   But a few heads of princely states in northern states tried to dispense with the social justice by providing education and deployment in jobs to the denied till then.

As per the governance reforms made in 1919, the State governance was brought under the ‘Rule of Diarchy’.  In the first election held in 1920, in the then Madras Presidency (presently Tamil Nadu), Justice party came to rule with restricted governing powers.  Despite bringing executive rule to provide employment to the eligible section who were ordained with the only duties, carried out by the respective families, centuries together.  The rules framed in 1921 and 1922 did not come into force due to the stiff resistance and non co-operation of the supreme sect serving the bureaucracy. In 1928, with great commitment, the first Communal G.O. (Government Order) came into force.  From then onwards, the denial of education and employment to all was not enforced directly but in different forms by causing hurdles in the form of framing rules, to accomplish the denial.

Later, the then ruling Justice Party removed the hurdle of pre requisite of Sanskrit knowledge to pursue medical education.

The Communal G.O. was enlarged making the non brahmins to pursue education and getting deployed  in employment accordingly.  When the Indian Constitution came in force after independence, ‘the Communal G.O. was challenged. A Writ petition was filed by a brahmin lady, saying the Communal G.O. contradicts the equality principle, adumbrated in the Constitution. The brahmin legal luminary, who was the member of the Drafting Committee of the Constitution represented the lady.  The prayer was that the lady could not get opportunity in medical college due to the discriminatory Communal G.O.  The High Court of Madras held the Communal G.O. invalid.  On appeal, the Supreme Court upheld the verdict.  The unique feature in the case was that the lady had not applied at all to study in medical college. Medical Education that was reserved to the various communities was halted by the Court Verdict.   The social revolutionary, Periyar mobilised the people of the State and revolted against the unjust move of abolishing the Communal G.O. which provided education to all the sections.

Consequently Article 15(4) was inserted in the Constitution through the First Amendment in 1951.  The  Article enabled the reservation provisions for the marginalised sections in the entire country which was earlier available only in the Madras State.

Having failed in the attempt to arrest the equitable distribution of education and employment to all sections, the historically privileged sect has been causing hurdles indirectly to mitigate the dispensation of social justice.

One such latest move was the introduction of NEET to get admission in medical colleges.  Even after getting good marks in the school final exams, the candidates hailing from depressed communities have to appear for NEET, the syllabus of which is entirely different from what they had studied in schools.  The fight for the removal of NEET is getting strengthened year by year.

The BJP rule at the Centre is very much particular about the introduction of New Education Policy. One of the provisions of the policy says there will be a common test for the students of III, V and VIII stds. Consequently it will result in the increase of drop outs from schools.

In a pro active manner, in fact education-denial manner, certain States including Tamil Nadu have introduced these common tests at primary school level.  These measures are nothing but denial of education to the so far denied sections.  Hurdle after Hurdles!  The mode of hurdle differs but the purpose behind it is one and the same!

The education denied people have to be vigilant.  The education extending environment is not smooth and positive even after 70 years of Indian Republic. If we are not vigilant, and bold enough to oppose, the hardly earned education rights will remain only in paper!