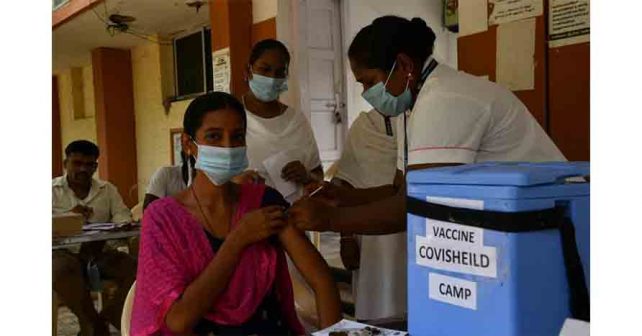 A country’s development is not confined to economic development alone. It goes beyond the social welfare of its people. Real and effective development is reflected on the progress made by the people of the country. The economic development is enumerated in terms of Gross Domestic Product (GDP). In the past, calculating the total national income of the country based on the total population was the parameter of ‘per capita income’. This was cognized as an indicator of development; but it is not a genuine development. The gross domestic production during a financial year is not evenly distributed to the subjects. Until the subjects enjoy the fruits of production, it would be incorrect to assess that a country has attained development, with the proof of the rise in the per capita income.

Apart from the economic well-being, the institutional frame work and the welfare measures provided by Government is very important. Money alone cannot bring prosperity; the social conditions of the people and the environment have to improve. For a country like India, social development, becoming a reality is very arduous. Overcoming social disparities has to be prioritised over the economic inequalities. This sort of reality and requirement in the development process have not been fully understood since independence. It can be interpreted as deliberately misunderstood. Babasaheb Dr. B.R. Ambedkar warned of the contradictions when he introduced the final draft of the Indian Constitution for its adoption on November 25, 1949.

In the southern part of the country, the due importance to the standard of social and economic life of the people was given relatively in Madras Presidency since 1920, the start of diarchy rule by the Justice Party in British India. The political heritage got evolved in the Province even after independence irrespective of the political mandate to rule the State.

In 1967, the rule of Dravidian parties started in Tamil Nadu. For more than 50 years, the State has been ruled by the Dravidian political parties alternatively. The fundamentals of Dravidian ideology, nurtured by Periyar E.V.R. on social justice and upliftment of oppressed sections have been consistently and continuously strengthened. Such improvement has taken shape as the Dravidian Model. Before becoming popular with the identity as ‘Dravidian Model’, the distinct development that took place in Tamil Nadu was studied by prominent economists, research scholars in unbiased scientific method and documented the glory, the State of Tamil Nadu has attained. The standard of living of the people of Tamil Nadu was analysed in terms of literacy, education, healthcare, women and children welfare reflecting as improvement in the scale of Human Development Index.

Prof. Amartya Sen along with Jean Dre’ze in the book, “An Uncertain Glory – India and its Contradictions” (2013) has pointed out thus:

“Recent studies suggest not only that Tamil Nadu has made further rapid progress in this field during the last ten years or so, but also that these achievements fit into a larger pattern of comparatively active, creative and inclusive social policies…

Tamil Nadu’s health-related indicators are enormously better than those of both Gujarat and Haryana (for instance, its infant mortality rate and maternal mortality ratio are about half as high as the corresponding figures for those states)…

There has been a sustained focus on ‘public health’, in the technical sense of public activities that are aimed at preventing illness rather than curing it.”

The narration in ‘The Dravidian Model – Interpreting the Political Economy of Tamil Nadu’ by Kalaiyarasan A, and Vijayabaskar M, published by Cambridge University Press, 2021 the relative progress under public healthcare made by the State of Tamil Nadu becomes an open analytical document.

“The State, for example, has already achieved the Millennium Development Goals (MDGs) of reduction in Infant Mortality Rate (IMR) and maternal mortality ratio (MMR). Given the macro-bias against healthcare, the States achievements clearly stand out.

“The Primary Health Centre (PHCs) through their Village Health Nurses (VHNs) monitor registration of each pregnant woman for 9-12 weeks of pregnancy and also enumerate all children of the ages of 0-5 for vaccination, ensuring adequate nutrition and other medical check-ups. The PHCs are also responsible for antenatal, intra-natal and postnatal care of mothers, as well as infant and child care in their jurisdictions. The population covered by a PHC in Tamil Nadu is 27,215 whereas the corresponding figure for India is 32,884 (Source: Rural Health Statistics 2015, Ministry of Health and Family Welfare, Government of India)

The significant progress made under public health care by establishing extensive medical infrastructure and providing services to the people have proved its mettle during the Corona pandemic (I & II waves).

The sufferings by the people are being ably managed by the Tamil Nadu State government compared to other States of the country. The pandemic has made the people of Tamil Nadu grateful to the relatively strong public-health infrastructure, created by the rule of Dravidian model, a role model to be emulated by other States, and even by many developing countries.