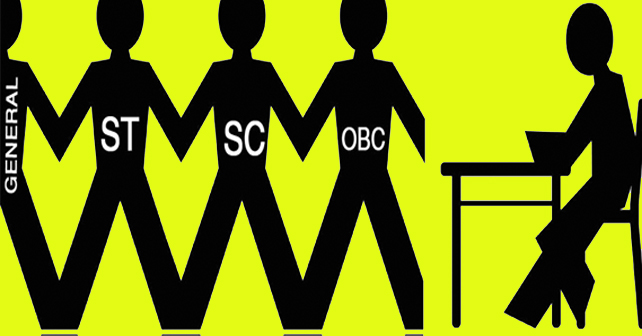 Reservation for the deprived sections of the society in education and employment has been in vogue starting from the pre Independence period of the country. The founding fathers of Indian Constitution provided due provisions for the continuance of reservation in independent India. When inadequacy of reservation exists, the opposing forces do propagate constantly that reservation deprives merit and efficiency in education and in jobs. The upper caste lobby, putting up diverse masks, is in the continuous task of weakening the concept of reservation in all aspects.  The deprived masses  not vigil about the crisis that deprives their legitimate representation.

In an endeavour to deny the legitimacy of communal representation, the rulers and the Centre, engineered of Hindutva ideology are trying to bring entrance test in all educational institutions in a phased manner. Despite the consensus arrived on the abolition of entrance test for medical education, the Centre tried to conduct common entrance test for the medical courses in the current academic year itself. When the eligibility for admission can be decided by the marks secured in the pre requisite course, enforcing the entrance test is meaningless and  it is used as a weapon to deprive the due share of the candidates hailing from the deprived sections in education. Due to the opposition from the majority States, conducting common entrance test for the medical college admission has been deferred through a promulgated ordinance as a strategic move to accomplish their agenda later. By this, the status quo admission procedure will be continued in the respective States.

In Tamil Nadu, the pioneer State for the cause of Social Justice, from the days of the British rule, conducting entrance test was discontinued from the academic year 2007-2008 for all types of educational admissions including medical courses. The ordinance promulgated at the initiative of the Union Government, for the deferment of entrance test for a year enabled the Government of Tamil Nadu to continue to prepare the ranking list and the conduct of counseling to admission in medical colleges based on the marks secured by the students in +2 examinations. The consequent ranking list, is quite informative and interesting, blasting the myth of merit, created by the anti reservationists. For about 2853 seats in all the medical colleges situated in Tamil Nadu, a total of 25,379 applications were received of which the category wise applied candidates are as follows :

The ranking list for the open competition of 31 per cent of seats of 884 (69 per cent of total reservation is in vogue in Tamil Nadu) the number of candidates of deprived sections with their respective securing are thus :

Of them 3 candidates have secured 200 out of 200 marks and all of them belong to Backward Classes. Further to highlight, the candidates who have secured the minimum of 197.75 out of 200 only have been ranked for the total of 884 seats; The maximum marks secured by the respective category of candidates and their rank position reveal further the mark based merit of the probable admission of students in the open competition.

If adequate opportunities are extended, the deprived sections would also compete equally with the upper castes, who claim that merit and efficiency are their exclusive domain. The myth of deprivation of merit by reservation system has been disproved. Let the status quo practice of admission of students based on their marks secured in pre requisite course, devoid of the entrance test sustain in Tamil Nadu forever. The rest of the States in the country who are bound constitutionally for the cause of Social Justice may follow the Tamil Nadu model by abolishing the entrance test in any form in their territory.