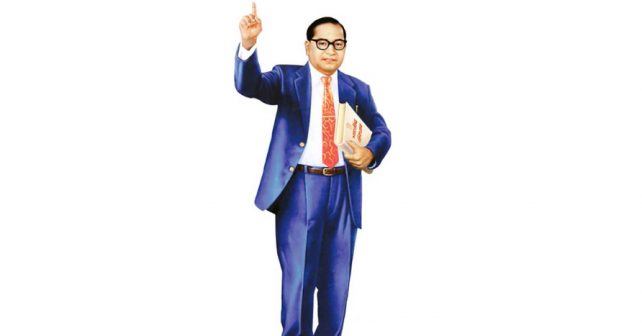 Dr. Ambedkar was a revolutionary, rationalist-humanist, human rights intellectual – activist and a man who looked ahead of his time.

The Hindu community is set in the steel frame of the caste system, in which one caste is lower than another in social gradation involving particular privileges, rights, inhibition and disabilities with regard to each caste. This system has created vested interests, which depend upon maintaining the inequalities resulting from the system. He, therefore, “unfurled the banner of equality”. He was born in an “untouchable” family, carried on a relentless battle against untouchability throughout his adult life. In the last part of his life, he renounced Hinduism and became a Buddhist. What were his reasons for doing so? A detailed answer to this question can be obtained by studying his The Buddha and His Dhamma, Annihilation of Caste, Philosophy of Hinduism, Riddles in Hinduism etc. Nonetheless, some of his articles, speeches and interviews before and after his conversion to Buddhism throw some light on this question. According to Dr. B.R. Ambedkar, “What is called religion by Hindus is nothing but a multitude of commands and prohibitions.” He has enumerated the evils of Hinduism in the following manner:

Dr. Ambedkar embraced Buddhism because the Buddhist dharma is based on scientific reasoning, it seeks to achieve human freedom, equality, liberty and fraternity. According to him, Buddha taught, “social freedom, intellectual freedom, and political freedom. He taught equality, equality not between man and man only but between man and woman. His concern was to give salvation to man in his life on earth, and not to promise it to him in heaven after his death.”

After a comparative study of different religions, he concluded that Buddhism was the best religion from this point of view. In his article “Buddha and the Future of his Religion” published in 1950 in the Mahabodhi Society Journal, Ambedkar has summarized his views on religion and on Buddhism in the following manner:

Lokamitra expressed Dr. Ambedkar’s vision and its influence upon him in these lines, “I visisted India in 1977 and met Sangharakshita’s Ambedkarite disciples. I caught a glimpse of Dr. Ambedkar’s great vision of a society in which everyone was free to develop themselves to the fullest, and all related to each other on the basis of equality and friendship, not by political means but through Buddhist practice. Devoting his life to the eradication of untouchability, he had, after a long and arduous journey, realised that effective social change will come about only through changes. I wanted to be part of it, and encouraged by my teacher, Sangharakshita and his Indian disciples, decided to live in India.’

He further explained how Ambedkar’s thinking works, “I have travelled extensively, especially amongst followers of Dr. Ambedkar and Dalits. I have found invariably that those who are following a spiritual practice through Buddhism avoid the two common extreme reactions to caste discrimination and violence. Not only are they less likely to be inflamed, but they are also unlikely to go to the other extreme of being cowed-down and intimidated. They are able to take a more individual and creative approach to their centuries-old oppression.

In May 1956, a talk by Ambedkar titled “Why I like Buddhism and how it is useful to the world in its present circumstances” was broadcast from the British Broadcasting Corporation, London. In his talk Ambedkar said: “I prefer Buddhism because it gives three principles in combination, which no other religion does. Buddhism teaches Prajna (understanding as against superstition and supernaturalism), Karuna (love), and Samata (equality). This is what man wants for a good and happy life. Neither God nor soul can save society.” 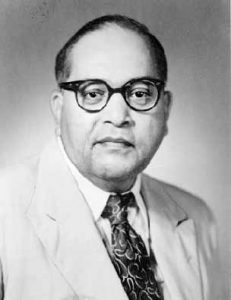 Ambedkar’s interpretation of Buddhism differs from the traditional interpretation on this point. “From a rationalist and humanist point of view, one may say that Buddhism is a better religion than Hinduism and that it is closer to rationalism and humanism as compared to any other religion. Still, it cannot be denied that Buddhism is a religion and certain elements like faith, worship and other-worldliness or supernaturalism, which are common to all religion, are also found in Buddhism. Therefore the best thing is to give up all religions and adopt rational humanism as a philosophy of life.” According to Ambedkar, Buddhism fulfilled these requirements and so among the existing religions it was the only suitable religion for the world. He felt that the propagation of Buddhism needed a Bible. Apparently, Ambedkar wrote The Buddha and his Dhamma to fulfill this need.

Dr. Ambedkar will be remembered for all time to come as the architect of the Indian Constitution, specially for the Fundamental Rights and Directive Principles Chapters which, aim at eradicating “all injustice and tyranny” and ushering in social democracy and social equality. He was however, disappointed that the dominating section of our society did not rise to the occasion and did not water the plants, he had planted. Our political rulers have failed Ambedkar and his vision. It is now for human rights groups and grassroots activists to make social democracy and equality a way of life in the absence of which political democracy will always stand on a shaky foundation. “To translate into action the cherished dream of Dr. Ambedkar in an honest manner requires strong commitment, honest approach and effective implementation of the constitutional mandates upholding the ethos of secularism and eschewing ulterior considerations, narrow party politics, deep-rooted prejudices based on historical events and the so-called religious bigotry.” As Ambedkar himself says” “Man is mortal, so are ideas. Ideas need propagation as much as a plant needs watering. Both will otherwise wither and die.”

Dr. Ambedkar also laid down distinction between Dhamma and Religion. He says, “Religion, it is said, is personal and one must keep it to oneself. One must not let it play its part in public life. Contrary to this. Dhamma is social. It is fundamentally and essentially so.” So for him it is a system. But in reality when we give an analysis of Buddhist countries then we find that it has failed to establish equality, freedom, peace and socialism in China, Japan etc., being a national religious system. They are suffering from the same problems as other countries do. It is another sound matter for consideration. In the West, most people come to Buddhism for psychological reasons. In India it is different. Dr. Ambedkar’s followers were moved by his vision of a new society brought about by the practice of Buddha Dhamma. However, he died just about six weeks after the great conversion in October 1956, which had sadly been ignored by the Buddhist world. In the words of T.K. Tope: “Dr. Ambedkar’s erudition and learning were no doubt great…. The generations to come may not remember the political achievements of Dr. Ambedkar. Ambedkar, the social revolutionary, and Ambedkar, the modern exponent of Buddhism, may be forgotten, but Ambedkar the humanist-scholar, will be remembered forever.