Education under the Constitution 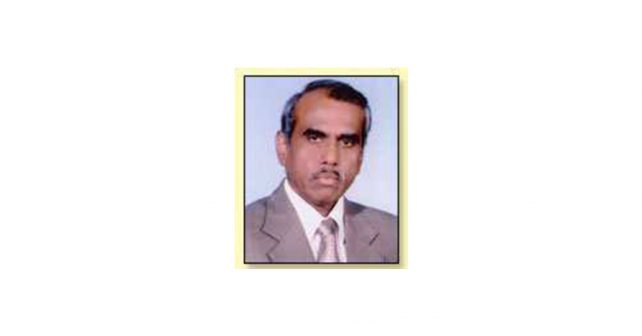 Amplitude of the term Education

Within the word ‘education’, the proposal to start an educational / teaching institution, identification of the site therefore, construction of building, admission of students, appointment of teachers, determination of syllabus, governing body of the institution, conduct of examinations, declaration of results, issuance of certificates, creation of university, qualification for admission into any course run by it, conferment of degree or diploma etc. etc. That is, the amplitude or concept or field of education is very, very wide.

The Constitution when it came into force in 1950, did not allocate or confer power to make law over the entire field of education, either on the States or on the Union. The field was distributed between the two instrumentalities. Under entry 11 List-II, the field of ‘education including universities’ was allocated to States; but it was given subject to entries 63 to 66 List -I and also to entry 25 List -III.

Regulation of university, means and includes, admission of students to the courses conducted by it, appointment of teaching faculty, conduct of examination, declaration of results, conferment of degrees etc. That is the field covered by entry 32 List-II, State subject. Also, the same is excluded from or denied to the Union Government. A combined reading of both the entries makes it crystal clear. At the same time, the field of ‘coordination and determination of standards in higher education’, was allotted to the Union.

Interpretation of the Constitution

The cardinal principles of interpretation of the Constitution are:

I. no provision in the Constitution should be ignored;

II. every provision should be given widest amplitude of the language;

III. where there are overlapping or conflicts between two provisions, the doctrine of ‘harmonious construction’ should be adopted;

IV. where harmonious construction is not possible, the doctrine of ‘reading-down’, should be adopted.

That is, the provision should be restricted in its application in order not to violate any of the provisions of the constitution. According to the Supreme Court, “It is permissible to ‘read-down’ a provision in order to so understand it as not to attempt something beyond the competence of the legislative body”.

‘Co-ordination and Determination of standards’

The Oxford Dictionary defines ‘coordinate’ to mean ‘negotiate with others in order to work together effectively’. The word ‘coordination’ is given the meaning, ‘the action or process of coordinating’. The parties coordinating have equal status. No one is subordinate to any another. The Supreme Court, by a constitutional Bench, in Gujarat University vs Krishna Ranganath [AIR 1963 SC 703] has ruled that “The word coordination does not merely mean evaluation but also harmonizing relationship for concerted action”.

In entry 66 List-I, the word ‘coordination‘ and ‘determination’ must be read together, just as the words ‘establish’ and ‘administer’, interpreted in Article 30, The word ‘and’ must be read conjunctively not as disjunctively. Therefore, the entry 66 List -I, directs the Union Government to ‘determine the standards’ of higher education, by coordination with the other stake holders, viz the States. That is, without such consultation with the State governments and treating them as equal partners, the Union government cannot decide by itself any standard and impose that decision on the States. As held by the Supreme Court in State of Gujarat vs Krishna, referred above, “The word coordination does not merely mean evaluation but also harmonising relationship for concerted action”.

Originally the subject of ‘Education’, was an exclusive State subject, included as entry 11, List-II (State List).That entry read thus: “Education including Universities subject to entries 63 to 66 List I and entry25 List III”. Entries 63 to 65, relate to specific institutions, as summarized by the Supreme Court, in State of Tamil Nadu vs Adhiyaman College of Technical Education [1995(4) SCC 115], in paragraph 11, as follows:

“Entry 63 of List I relates to the Benares Hindu University, the Aligarh Muslim University and the Delhi University; the University established in pursuance of Article 371-E, i.e, Central University in Andhra Pradesh, and other institutions declared by Parliament by law to be an institution of national importance. Entry 64 of the said List refers to institutions for scientific or technical education financed by the Government of India wholly or in part and declared by the Parliament by law to be institutions of national importance and entry 65 relates to the Union agencies and institutions for [a] professional, vocational or technical training, including the training of police officers; or [b] the promotion of special studies or research; or [c] scientific or technical assistance in the investigation or detection of crime”.

Therefore, Entry 11 list -II was in reality subjected only to Entry 66 of List -I, “Co-ordination and determination of standards in institutions for higher education or research and scientific and technical institutions”.

That means, even prior to the 42nd Amendment, States’ field over ‘education’, under entry 11 of List II , was subjected, in effect, only to Entry 66 of List I. As per this entry, the field of operation for the Union over education, was only to prescribe standards in institutions of higher education, by coordinating with the States. There was no other exclusive ‘field’ allocated to the Union government, within the widest field of ‘Education’. Similarly, from the widest field of education, entry 32 List II, covers another area viz, “Incorporation, regulation and winding up of …………..universities;………………” and in entry 44 List I, that is emphasised by providing “Incorporation, regulation and winding up,…………………….. not including universities”. This constitutional scheme remains unaltered, right from 1950.

It can be seen, when carefully read, that each entry covers a distinct field. There is no overlapping of any two or more entries. That is, creating and regulating or governing ‘Universities‘, continue to be within the exclusive field of the States. Union has no power to create any University or to regulate any of the activities of the universities. That power is vested in its entirety, on the States. The other content, ‘Vocational and technical training of labour’ was in the concurrent field. ‘Coordination and Determination of standards in higher education’, was the power of the Union. That was the constitutional scheme till the 42nd Amendment was made, in 1976. None of the fields overlap with another field. Therefore, by shifting entry 11 List-II to entry 25 List -III, only the law making instrumentalities or organs was changed, but the area of the field, or contents of the lists, were not altered. That is, there is no overlapping of the entries.

When the State of Gujarat passed, a legislation empowering the Gujarat University to determine its medium of instruction and subsequently when the university prescribed only Gujarati and Hindi as its medium of instruction, the supreme court ruled that such a power was not conferred on the university, by the said legislation. It also held that entry 66 of List -I extends ‘to all ancillary and subsidiary matters which can be fairly and reasonably comprehended by it, such as disparities resulting from the adaption of a regional medium of instruction resulting in a falling of standards in higher education’. It was further observed, by majority, that ‘If a legislation imposing a regional language or Hindi as the exclusive medium of instruction is likely to result in lowering the standards, it must be necessarily fall entry item 66 of List-I and be excluded from item 11 of List-II’. Justice K. Subba Rao, did not agree with this. According to him Medium of Instruction was included in Entry 11 List-II. The Supreme Court did not find that these entries overlap. All that was said was, if there is any overlapping the doctrine of harmonious construction must be applied to resolve the issue.

42nd Amendment did not alter the field

By 42nd Amendment entry 11 was deleted from List II and was included as entry 25 in List III as follows: “Education, including technical education, medical education and universities, subject to the provisions of entries 63, 64, 65, and 66 of List I; vocational and technical training of labour”. Prior to the said 42nd Constitutional Amendment, Entry 25 of List III was just “Vocational and technical training of labour”. Also, the entry-11 List II was subjected to entries 63 to 66. Therefore, the inclusion of the phrase ‘subject to provisions of entries 63,64,65 and 66 of List I, in the entry 25 itself, does not alter or create any new scope for a different interpretation or enlarge the legislative field in any of the entries.

The field was the same as was under entry 11 List- II. Only the words ‘technical education, medical education, and’ are newly added. Originally, the field relatable to ‘universities’, the field of ‘incorporation’ of, ‘regulation’ of and ‘winding up’ of the universities were carved out and placed in Entry 32 List II. It remains the same. That is, power to incorporate, to regulate and for winding up of all or any of the universities, were and are, within the exclusive domain of the States. The 42nd Amendment had not altered this aspect in any manner. Therefore, the word ‘universities’ found in entry 25 List III, refers to the same field it covered as Entry 11 List II. The 42nd Amendment did not alter the extent of the legislative field.

That is, the field covered by entry 32 List II remains the same right from 1950. Similarly, the legislative fields covered by entry 11 List-II, entry 25 List-III and entries 63 to 66 of List-I, continue to remain the same. The newly added phrases, “the technical education, medical education” as well as the words “subject to the provisions of entries 63,64,65 and 66 in List- I”, in the entry 25 List III are not only superfluous but also unnecessary. They are found in Article 246 itself. The net result is the original Entry 11 List-II was just shifted to List-III, as entry 25; the legislative field was not in any way enlarged. That is, the content of other related entries viz. entry 32 in List II and entries 44,63,64,65, and 66 of List I, remains unaltered. As stated above the field covered under Entry 25 List-III, did not undergo any change vis a vis entry 11 of List-II.

Universities were established by States, as autonomous bodies, by legislative enactments. The university Act governs the entire activities of the university. Every university has a Syndicate, Senate and other statutory organs, with demarcated powers and functions. Admission of students to all courses, conducted by the Universities, are governed by the specific provisions in the University Acts, covered by the legislative field of Entry 32. Therefore, admission of students to university courses is always covered only by Entry 32 List-II.

When the demand for certain courses increased and exceeded the number of seats available, various methods were evolved by the Universities. and by the respective State Governments. One such method, evolved in 1984, by the State of Tamil Nadu [T.N.], was to conduct Common entrance examinations for admission to engineering and medical institutions. Thereafter from 1997, the Union government wanted to control the admissions to medical institutions all over India and hence issued a number of ‘Notifications’ through the Medical Council of India [MCI].

After some years, Tamil Nadu State Government took a policy decision to abolish all entrance examinations and hence Tamil Nadu Legislative Assembly enacted “Tamil Nadu Admission in professional educational institutions Act 2006”. That law was given assent by the President of India. Consequently, all entrance examinations for admission to all professional institutions, were abolished in Tamil Nadu. Students were admitted, to such institutions and courses, based on the qualifying marks, in accordance with the respective University Acts.

Then the Medical and Dental Councils of India (MCI) and (DCI) issued a Notification on 21-12-2010 and 2012 respectively, whereby NEET was made compulsory. That was challenged by the Vellore, Christian Medical College. The Supreme Court of India in 2013, ruled that MCI and DCI have no powers to regulate the admission of students into medical institutions. The Supreme Court laid, “In the light of the views expressed in the various decisions cited, we have no hesitation in holding that the regulations are ultra vires the Constitution, since they have the effect of denuding the States, State-run Universities”.