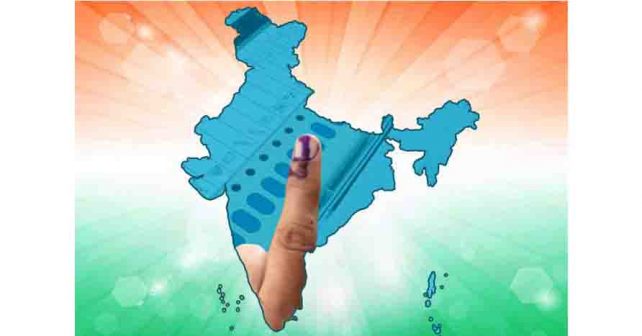 The BJP governance – a mockery of democracy filled with travesties of justice: curtailing space for debate, public scrutiny, and dissent, bulldozing decisions without adequate discussion in the parliament, the promulgation of ordinance and passing of bills with the numerical majority.

India is acclaimed as one of the political democracies, functioning through the mandate of the largest electorate in the world. So far 17 elections have been conducted for the Lok Sabha since 1952. Congress has come to power many times, with BJP securing the two consecutive tenures in 2014 and 2019 and the one earlier during 1998-2004 with many a coalition of parties in exclusive alliance. Despite both, the elected individual parties as well as parties in alliance having ruled the country from the Centre, the current BJP led NDA rule is different in its functioning, contributing consistent erosion and deliberate decline in the democratic values. The democratically elected party in power on account of its numerical majority, is not vested with unilateral governing authority. It has to consult the elected opposition in both the Houses of Parliament.

Mere physical presence in the parliament will not suffice the rulers. In respect of its governance, it has to recognise the role of the opposition, valuing the system and process designed by the founding fathers of the Constitution.

The ideological origin of the BJP was based on faith. There is no ideological space for discussion or debate with substantial reasoning. Skeptic to anything is anathema for saffron outfits. Their real face came to limelight since 2014, when Narendra Modi became the head of the BJP rule at the Centre. The legislature role was weakened deliberately, avoiding deliberations and fine tuning, the pre-legislative stake holder consultations and the committee scrutiny – the important stages in the passage of law. The provision of promulgation of ordinances facilitate the rulers when the parliament is not in session to implement anything urgent. But BJP rule has made it a routine governing exercise. The ordinances hurriedly became Bills and then Acts without due process, but with the command of the numerical majority in the parliament. BJP pursues the ordinance route mostly to mock parliament. Consensus building is a must that needs overall support of the entire nation on certain issues for which fine tuning is warranted. Besides, subjecting the Bills placed in the parliament for the review of the standing committee or select committee is also necessary.

Between 2014 and 2019, in the first term of the Narendra Modi government, the number shot up to 10 ordinances a year. About 10 ordinances were issued on the eve of the 2019 general elections. The manner through which the intensity of ordinance promulgation alarms shows clearly that the BJP has a preference for short-circuiting democracy.

Utilizing the period of COVID-19 pandemic, BJP rule promulgated 3 farm ordinances, that subsequently became Acts bypassing the process. The country is facing the outcome of it through the historic farmers’ agitation that lack discussion with the pre-legislative stakeholders. It still continues exceeding 4 months which shows the scant respect of BJP for debates and deliberations. Listening to the other side is completely lacking though not accepting the views of the opposition side or the targeted side for whose overall benefit the Acts are said to be passed.

The problematic ordinance culture has devolved from the Centre to the BJP ruling states like Uttar Pradesh, Madhya Pradesh and Gujarat. Labour Laws were diluted without consulting worker unions and civil rights groups. International Labour Organisation (ILO) has advised by cautioning the move.

The BJP led NDA has a commanding majority in the 17th Lok Sabha (2019-2024) that helps it to pass the Bills with ease. Standing committees form an integral part of parliament’s role in the debate. The committees discuss laws and policies by analysing them in-depth. The government has consistently turned down the demands that proposed pieces of legislation be studied by standing or select committee. Rhetoric way of addressing the issue may be popular at platform outside the parliament. Due weightage is to be given for fine tuning the Bills. Avoiding would be detrimental to the implementation. One of the veteran parliamentarians says that only 5 per cent of bills passed by parliament had been sent for scrutiny and jocularly demanded to know if the government thought it was ‘delivering pizzas ‘. The first Lok Sabha session of PM Modi’s second term passes 30 bills and the opposition has accused BJP of ‘stream rolling’ key pieces of legislations like RTI and UAPA Acts.

During the regime of BJP rule under PM Modi, the democratic means of legislative outcomes have been slashing down certain features of fundamental rights like freedom of expression and other democratic rights of every citizen of the country. They were ensured by the erstwhile legislations but they are either amended or eliminated by alternative acts during the BJP regime. These legislations have been challenged before the Constitution Courts. The executive machinery of BJP rule also suppressed the rights especially that are available to media both print and electronic. Approaching the court against it, by the aggrieved has become a routine affair. The ruling regime has achieved substantially in delaying the exercise of the rights though they cannot deny it. Will it be possible for every aggrieved person to explore for the judicial remedy?

Overall, the democratic nature of Indian polity has been expressed in clear cut terms. It is deliberately attempted at by BJP regime, without openly declaring that it is ‘autocratic’, but elected with the mandate of the people.