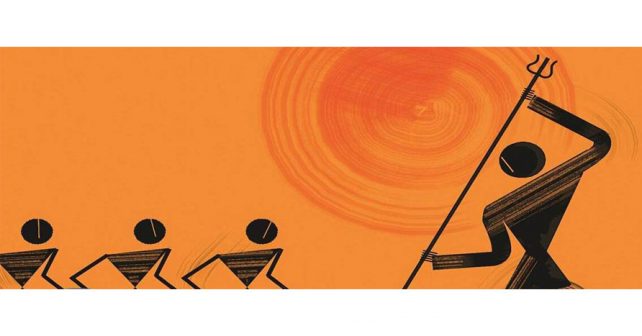 Two bizarre incidents in Tamil Nadu have made us believe that the deplorable condition of the Scheduled castes has not changed even in 2021.

In a village called Ottarpalayam in Coimbatore District, a land owning farmer of upper caste forced a Scheduled caste employee, fall at his feet and apologise, following a verbal duel over an issue.

At Bhuvanagiri in Cuddalore District, the vice-president of the Village Panchayat hailing from an upper caste made the president, squat on the floor and talk when she called upon him to discuss a matter. The reason cited was that she belongs to a scheduled caste. Prior to that she was not allowed to hoist the National flag, on Republic Day, on the same grounds.

74 years after Independence and 71 years after our Constitution’s coming into force, our country is still belittling its citizens by stigmatising in the name of Scheduled Caste.  Our blood boils when we see their self respect tarnished.  We spontaneously hang our heads in shame, watching such atrocities.

Every year Human Rights Day is being celebrated.  On the  Independence Day food is served to people of all the castes to merely show that we are egalitarians.  But these are all hypocritical since the sufferings of the Scheduled Caste people have not yet been mitigated.

We may proudly say that we have made a Scheduled Caste citizen, the president of India. But how can we forget that he was denied entry at Birla temple and Puri Jagannath temple? What action was taken against this injustice?

Untouchability has a bearing on caste identity but our Constitution has not condemned caste. Merely stating that untouchability is abolished does not serve the purpose.  Castes are the root cause of untouchability. Talking about its abolition without eradicating the root is just shadow-boxing.  Without clearing the mess at the bottom, we are merely stirring at the surface level.