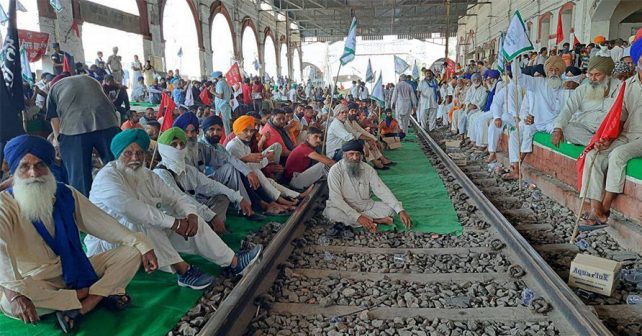 India’s economy is basically agrarian. Agricultural activities and the performance decide the standard of living of more than 50 per cent population of the country. Despite its significance, agricultural sector has not been bestowed with desired attention. During the period of 73 years of independence, every ruler has shown only a symbolic gesture on developing agriculture. To the extent the farming communities have been utilized for the country’s overall developments, they are not duly compensated. Marketing in agriculture remains as the weak link in the development process.

The farm producers must get remunerative prices for their commodities. In many States, Agricultural Produces Marketing Committees (APMCs) are discharging their responsibility in this aspect to some extent. A long way has to go to ensure the prices for the farm produces. Private traders and middlemen are acting outside the APMC operating areas, exceeding the legal restrictions imposed by the government. If anything constructive on this direction is to be carried out, it can be done only through State legislation. Depending on the local conditions, progressive legislations have to be enacted by the States. Uniform enactment will not suit the entire country. The Centre has usurped the rights of the States and enacted uniform ‘Farm Laws’ for the whole country which are not relevant to the practical reality.

The BJP government at the Centre is claiming that it has announced Minimum Support Prices (MSPs) for selected agricultural commodities. The announcement has been only symbolic. The MSPs have not reached all the farmers. Without making any provisions to ensure MSPs for all the farmers for all their produces, the Centre has legislated the new farm laws without any mention about MSPs in it. Besides, the chances of getting reasonable prices to has been discouraged by the new farm laws to substantial extent through opening the flood gates of open market for agricultural marketing without any restriction. The benefits and privileges that are availed by the farmers would be deprived by the new farm laws. Due to open market operation, the Centre says that the farmers are free enough to sell their produces in any part of the country where the prices are remunerative for them. How can the farmers who sell their produce in the farm yard itself be able to search for the market information on farm produce.

It is only beneficial to middlemen and agri-business corporates to move freely to procure the produces as abundantly profitable to them which will not be remunerative at all to farmers. No need to collect data for this to substantiate the prospective trend! Usually the law must be strong reasonably to favour the agri workforce who are unorganised largely. The organised, corporate entities would be informed and valiant enough to fight for their stand inspite of it being wrong. Only the illiterate, unorgainsed, scattered, devoid of desired bargaining power, farmers must be favoured through laws. The law on contract farming is sugar coated which would actually deprive the farmers in selling their produces.

The Centre projects the three farm laws as a great reform measure in farm sector. It is not at all a reform. Instead, if one concrete provision to ensure MSPs to farmers is available in it, that would be real reform. If the new farm laws are implemented fully, it would worsen the already declining condition of the farming communities. The new farm laws will deform the farm sector of the country by bringing the entire farm sector under the control of big corporates. If that is the real motive of the rulers then the rulers are right in legislating the new farm laws. They are not Farm Laws, but with the slight change in nomenclature ‘Laws, deforming Farms’!