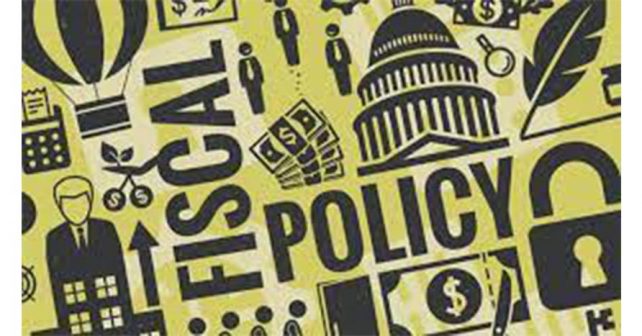 Everyone knows that the policies followed by our government are vital for our well-being. Likewise, every knowledgeable person knows that handling the public finance prudently by the rulers is equally important to our well-being. If the rulers operate these two institutions wisely, the society enjoys peace and prosperity. If the rulers run these two institutions unwisely, the people cannot have the opportunity to lead a quality life.

All the national governments need revenue to run the institution. Every government is keen on collecting money by various means. In the present industrial and technological age, every government requires large capital to function as a progressive and welfare government. The reason is ‘the present civilization is capital based’.

However, the philosophers and sociologists insist that the taxation policy needs to be just and fair. Taxation system should not affect the fundamental rights of the individuals. It should not arrest one’s initiative and intellectual pursuits. In order to get more revenue easily, it should not encourage alcoholism, gambling, tobacco, narcotic and other habits.

Likewise, every national government needs to spend the collected revenue after careful planning based on unique needs and societal priorities. Considering all these factors carefully, the rulers need to allot funds in their budget to various subjects and sectors. Public money should not be wasted on vain projects and activities. To decide this, the rulers need to critically analyze every issue logically and rationally and take decision based on reason. Wise rulers do this.

History shows that there were both wise and unwise rulers in all the societies. Unwise rulers outnumber the wise rulers. One of the characteristics of the unwise rulers was that they handled public finance unwisely. They spent meagre amount for the welfare of the subjects. But, they wasted money in many useless activities. They used large portion of public finance for their own selfish ends.

Among the numerous wise rulers in various countries, in different ages, a few rulers were exemplary. Their influence was beyond the geographical boundaries. Among the wise rulers, one exemplary wise ruler was the India’s king Asoka. He ruled the country during the third century BCE. He spread the Buddha’s moral ideology widely. He spread the spirit of equality and universal brotherhood. Buddhist philosophy changed the outlook and character of the people radically. The people became humane, kind, tolerant, co-operative and rational. That period was the golden age of India. Another India’s wise ruler was Akbar (1542-1605). He treated all the citizens equally. He did many things for the welfare of the people.

Another notable wise ruler in western world was the Roman emperor, Marcus Aurelius. who ruled Rome during 2nd century CE. He was a great administrator, an able general and tireless worker for the good of his subjects. He was a philosopher as well. He truly practiced what he preached. Though he held supreme power over millions of people and had unlimited wealth at his disposal, he never lived in luxury. These great rulers are the role models for the good rulers.

In general, majority rulers are unwise since they remain slaves to the social environment they live in. They are not inquisitive to know what is right and wrong. They don’t think any issue logically and rationally. They don’t consult the experts in that field. They remain as slaves to the traditional values and customs. Most of the rulers are unwise due to ignorance, selfishness and mere egoism. Moreover, many rulers assume that they are god’s representative to rule the country. They ignore the universal and eternal moral values. They remain indifferent to the sufferings of the fellow human beings.

The critical analysis of the social history of India shows that Indian rulers were uncivilized and uncultured due to the evil influence of caste system. The root cause was the Brahmins, the hereditary priestly class. Because it is they who introduced the caste system in India. They described the caste system as divine order. They brainwashed all the people by saying that god will punish those who violate the caste system. Believing the cunning words of the selfish Brahmins the rulers gave many special privileges to the Brahmins. The upper castes oppressed the lower castes without any moral inhibition. The moral ideas became vague and unclear. Caste system made social relationship and morals uncivilized.

Though the kings were from Kshatriya caste, Brahmins controlled the rulers in the name of god and sastras. The intensively selfish Brahmins bothered their own interest and their own caste interest only. They were least interested in the welfare of the non-brahmins. who were about 95 per cent of the total population. They blind-folded the rulers. They misguided the rulers to spend huge money in religious festivals and in ostentation and luxury. They made them construct huge temples and huge palaces. Thus, Brahamins misguided the rulers.

About the Brahmin’s selfishness, the famous writer Abbe.J.A. Dubois (1765-1848) has mentioned in his book ‘Hindu Manners, Customs and Ceremonies’. He has mentioned (in page 315) that “a Brahmin would unhesitatingly sacrifice the public good or his country itself, if it served his own interests; and he would stoop to treason, ingratitude or any deed however black if it promoted his own welfare”. He despises and hates all the non-brahmins and considers them as their slaves. Sociologists assert that civilization perishes when some vested rights and interests of a group of people dominates in a society. That happened in India. The selfish passion of Brahmins who were about 5 per cent of total population destroyed Indian civilization completely. 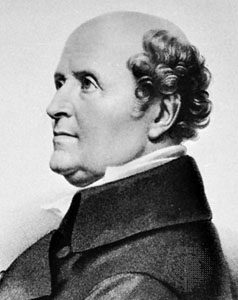 The uncivilized social condition that prevailed in India during the 19th and 20th centuries proved this. At the time of independence 565 princely states existed in India. The Maharajas of these states were the real rulers.

Most of the Maharajas or Zaminthars collected tax at an exorbitant rate. After remitting the portion of the collected tax amount to the British government, they had substantial amount with them. Out of this amount, they spent a meagre amount to provide education and health facilities to the people. They used major amount only to their own selfish needs. Most rulers spent more funds for maintenance of their numerous wives and concubines than to the cause of education and medical facilities.

A comparison of the percentage of the tax amount used by the Indian rulers and European rulers for their selfish needs explain clearly the idiocy of Indian rulers and their brahmin advisors. For instance, Bikaneer (Rajasthan) Maharaja spent 25 per cent of the collected tax amount to his personal needs. Likewise, Kashmir Maharaja took 20 per cent; Hyderabad Nizam 10 per cent; Baroda Maharaja 8 per cent; Mysore Maharaja and Trivangore Maharaja 6 per cent to their selfish needs.

The reason for the irresponsible and brutal behavior of the Indian rulers was the ‘caste system’. Because it spoiled the mental outlook of the rulers. It made all the people both the rulers and the ruled stupid. It degraded and debased the Indian culture very badly. It made Indian civilization static.

At the same time, European culture stood for human equality and universal brotherhood. Their religions taught that serving the fellow human beings as equal to serving god. These wise moral ideas made them humane and compassionate. Consequently, European kings were social conscious people. They had humanitarian outlook. So, they spent the public finance wisely for the welfare of the people.

The present rulers holding responsible positions don’t know this truth at all. As a result of their ignorance, the present rulers function like the irresponsible rulers of 19th century. They spend the public finance lavishly to carry out many foolish activities in the name of Hindu religion. There is no difference between the unwise rulers of the past and the present democratically elected rulers.

How can Indian society have wise rulers and a progressive government? This is an intricate question before the Indian society. Eminent thinkers say that we need to absorb scientific spirit and practice it in our lives. We need to relieve our people from their blind faith in caste system and many irrational religious beliefs. We need to eliminate Hindu religious fanatics from political front. These are the only means for us to get wise rulers and a progressive government.