Functioning of the Cadres 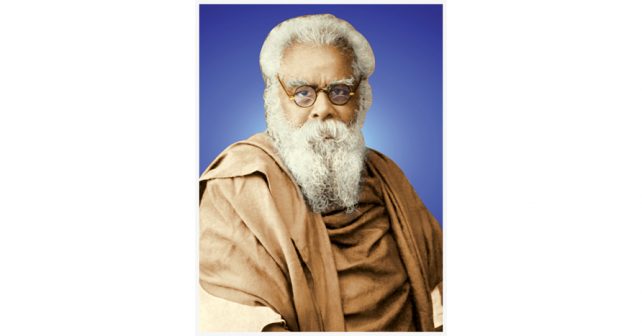 Thanthai Periyar always believed that the authority of Dravidar Kazhagam and its policies are unquestionable. He expected his cadres to follow them blindly and stick to the principles or to stay away from the organisation. Emphasizing this Periyar delivered a speech in 1948 at a conference in Tuticorin (Tamil Nadu). The content of his speech was as follows:

At the outset I wish to express my surprise over the huge enthusiastic crowd assembled today at our conference. It is incredible during these hard times. What I see is a sea of people. I have never seen such a large crowd during any of our previous conferences or public meetings. I am delighted immensely by your overwhelming response for our call.

I wish to tirelessly deliver my speeches as long as my vocal chords function well. But the size of this crowd makes me extremely proud and spellbound. However, I shall commence my speech to convey my thoughts to the best possible extent.

Ever since the name of our party changed following several resolutions, our strength and glory have been growing in leaps and bounds. Many pseudo intellectuals who envy our growth have been indulging in mud-slinging with baseless charges on us, finding fault with some principle of ours or the other. These mean people even think, our cadres and our followers are a bunch of nuts. Let us ignore them.

I would like to make it clear that I need cadres who are ready to follow our principles and policies blindly without any murmur. I never expect the minds of my followers to operate on a higher level of intellect. I need people who accept the unquestionable authority of our party. I expect absolute obedience not arrogant intelligence. My followers should be oblivious of their skills and knowledge as long as they are within our party. They can quietly quit if they cannot be loyal to us but I just would not tolerate insubordination.

At this juncture I recall an amusing incident in my life. An engineer called Manicka Naicker used to be a tenant in our house in Erode. Once he wanted a new type of cauldron-like device to help his oxen lift water easily from a well. He sought my help to engage two blacksmiths to make the device. I asked some of my friends to look for two highly skilled smart workers who can produce it. When my friend Manicka Naicker heard my instruction, he interrupted and advised to bring two ordinary manual labourers who could just make the device as per his expectations. When I was surprised, he explained that two intelligent workers who are engaged in a job may spoil it by mutual recriminations and arguments. He further stressed that he just wanted obedient workers who can keep their mouth shut and work, blindly following his instruction. He cared little, though they were stupid. This helped me understand that loyal followers are always better than smart trouble makers.

Not All can Lead

During our conference at Needamangalam I made it clear by my speech that every outfit should be headed by just one dignitary. Not all can be leaders. People who wish to follow me must keep aside their own views and sacrifice their reasoning methods. Hence, think twice before joining us. But having joined us – never contradict or go against us. Ignore your mind-voice and stay with us or feel free to quit. You have no other option.

Before joining our party, weigh all the pros and cons deeply, take your own time to introspect or even to argue with me. Listen to your conscience and thoroughly dissect and examine our ideologies and policies. But once you join our party adhering to your own conscience and reasoning power, your duty is to be a loyal member and blindly follow the principles and policies of our party. Productive service is possible only by party-loyalty and a faithful following.

If a master orders his servant to bring a little box near him, how ridiculous would it be if the servant says that his conscience does not permit him to do it? A soldier has to blindly obey the order of his superior and fire, even if his mind – voice prevents him. The worker in a slaughter-house must obey the butcher without pitying the goat. If he cites his conscience as an excuse, the butcher would by all means ask him what made him join a slaughter house in the first place? Don’t you agree with me?

To some of you I may appear like a dictator at this moment. I admit it is dictatorship to certain extent. But trust me my dear friends, I use this dictatorship to nurture our party and take it to glorious heights – not for my survival or with any ulterior motive. I have not even an iota of interest in my personal needs and welfare. Nor do I crave for vain glory, pride or laurels. I strive for the people, for every common man. Think deeply and judge by yourselves my noble mission and objective.

What hurts me truly is the exaggerated praise some cadres lavish on me when they are asked to deliver their speeches. This makes my opponents criticize that such conferences are held for my vain glory and pride, which is not true. I hate flattery and flatterers who spend most of their time on a dais, paying tributes to me. I request all the speakers to abstain from it.

Let me now move to a painful issue – the assassination of Gandhi. It is a moot point for discussion in our conferences henceforth. Until his lifetime I used to condemn most of his views and activists. Hence some people may ask if I have any right to mourn over his death or even to commend him. If I lament over his assassination or praise him, it may seem to be my ploy to impress some Congressmen. But it is not true, my dear friends.

Infact none of the Congressmen sincerely grieved over Gandhi’s death. None shed tears. Nobody lamented with true sorrow. Some Congressmen celebrated his passing away. A few brahmin leaders in the Congress coterie stooped to the extent or rejoicing over his death, by distributing sweets to the public. My heart aches when I recall all those unpleasant activities of mean people.

People rejoice or lament over the passing away of someone, which depends on what and how the deceased persons were, when they lived. For instance, I was “Congress Ramasamy” for some time and “Self Respective Ramasamy” during some other time. At present I am Ramasamy of Dravidiar Kazhagam.

The Assassination and the Aftermath

During his last stage in life, Gandhi had recognized and accepted the policies of our party. He started condemning the atrocities in Hindu religion and he had to pay the price for his transformation. According to Manusmriti, the progress and prosperity of Sudhras would be detrimental to the welfare of Brahmins. This made a brahmin assassinate Gandhi.

People in north India realiszd that brahmins were behind the assassination. These ignited sparks of unrest and there was widespread violence all over north India. The houses of brahmins were razed and looted. Brahmin women were molested. As per press reports, thousands of brahmins ran helter-skelter without any shelter. The government of Bombay presidency offered Rs.2000/- as a relief aid to every brahmin and also sanctioned a loan to the extent of Rs.25000/. Leading news papers published this reliable news. Our party prevented such calamities in South India. It does not mean that we do not mourn over the assassination of Gandhi. Our grief is sincere but we are against violence.

Out of ignorance and arrogance Brahmins have been challenging us by holding conferences of their coterie. Infact not only today but at all times we have been their protectors. During the rule of the Justice Party there was grave threat to the existence of brahmins. They could not even dare to move freely on roads. With a national spirit I ventured to curb the Justice Party. Cadres such as Varadarajulu Naidu and Kalyana Sundara Mudaliar joined me.

It was from us that brahmins such as Rajagopalachari, Srinivasa Ayyangar, Rangasamy and Sathyamurthy learned chaste Tamil. Their Tamil was rubbish until we taught them. We taught them how to bravely agitate and boldly court arrest. We helped them acquire the right of speech. We imbibed in them the value of sacrifice and social justice. They were all refined by us. Rajagopalachari cannot deny all these if you cross-check. He is shortly becoming the Governor General of India. He would blush when he meets me after assuming office. He would boast of his elevation and express lip-sympathy over my position. We do not envy his advancement in life. We need no favour from him. It is enough if he admits that we have been the root cause of his very existence in India. For his coveted post as the Governor General, we deserve the credit. Their absolute brahminic Swarajya owes us a debt of gratitude. He should never forget this truth.

We reserve our Rights

Swarajya does not mean that we cannot voice our sufferings.  People who have achieved Swarajya must mitigate and redress the grievances of downtrodden people in all respects. Relief from tax burden and starvation must be given top priority. Culprits should be punished. Social injustice must be prevented at all levels. The price of essential commodities should be uniform.

Recently I requested a minister concerned to sanction the supply of inexpensive rice for our conference purposes from Thanjavur district. The minister rejected my specific request and advised me to procure upto fifty bags of rice from some other district.

Look at the irony my dear friends. Paddy growth is abundant in Thanjavur district. The minister does not mind if it rots and becomes unfit for consumption. He advises me to procure from a district where there is scarcity. I am denied rice from a district where it is available in abundance and I am advised to aggravate the scarcity in another district where the paddy cultivation is already poor. We are now under the mercy of such able administrators! Let us hope, we would see the end of all our sufferings at least during the forthcoming years!