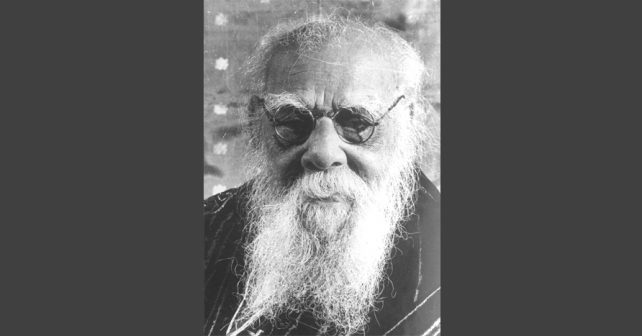 Ganesa is the most prominent among the Hindu deities, and has been worshipped by all the Hindus. He is called by hundreds of names like Ganapathi, Vinayaka, Vigneswara and so on.  No Hindu can deny that Ganesa is worshipped before the beginning of any activity, and he is also worshipped before any other god.

Let us go into the affairs of Ganesa, the most recognized and the most important of all gods.

A few things must be accepted.  One is that Ganesa was the son of Siva and Parvati and the other one is that the elephant head is an unnatural formation.

If the most prominent deity has so many contradictory accounts and is supposed have had a birth and an upbringing, what about the other gods?  If a god has a father and the mother, should those father and mother not have their own father and mother?  In that case how can anybody accept that the gods came into being on their own?

It follows that we have to go in search of a different origin for god and the world.

When we start discussing god, it is said that god is one, he does not have a name, a shape or a character, he created himself, he is a form of energy or he is nature.  But later, the same people create crores  and  crores of gods and fabricate cart loads of obscene stories around them.  And we make people believe in them, worship them and conduct festivals for them.  The readers should ponder over the ignorance, fraud and effort involved in all these deeds.

Let us cite one example. At Chidambaram temple there is an elephant headed Ganesa who is inserting his trunk into the genital organ of the goddess (Vallabai) seated near him.  This can be seen by anyone, daily pujas are conducterd and a number of men and women have darshan of the these deities. In some temple cars, there is a Ganesa who inserts his trunk into the organ of a girl, lifts her and keeps her suspended in the air, while she remains there with her legs wide apart.  If anybody were to question about this obscenity, a mythological story is presented by way of explanation.

It seems there was a war betwen a god and an asura, and the god went on killing all the asuras  who appeared in front of him.  But the asuras was coming in multitude like moths, from the organ of a woman.  The god sought the help of Ganesa, who put his trunk into the woman’s organ and sucked away all the asuras who were emanating  from there.  What explanation do the ‘theists’ have for all such obscenities connected with gods?

Will it be enough if we are told that they were all written by somebody in the remote past? Are those writings not treasured even today? Are such gods not worshipped with consorts and vehicles?  We request the readers to ponder over these matters.

There are people who order the reformists how they should behave, and who shout that religion and gods are in danger.  Has anyone of these people who seek popular support come farward to remove such obscenities from religion?

No ‘theist’ is worried about such matters.  And they are interested in conducting Ganesa festival on the appropriate day, and carry on research in that regard.  They keep making speeches on these obscenities. When someone points them out, he is called an ‘atheist’.  We maintain that such activities cannot protect any god or any religion.